You are here: Home / Digital Futures / Is it time to address accent as part of the Teachers’ Standards?

Dr Alex Baratta, Lecturer in Language, Linguistics and Communications at the Manchester Institute of Education, discusses the ambiguity of ‘articulacy’ in the Teachers’ Standards and its effects on teachers and their accents.

Within teacher training in England and Wales, the Teachers’ Standards, by which trainee teachers are judged, do not say a great deal about the use of language, beyond a need for teachers to use standard English, regardless of subject, and to demonstrate ‘articulacy’. Standard English refers to grammatical usage, but says nothing about accent. Likewise, while the word ‘articulacy’ might be more suggestive of one’s accent, who decides what is or is not ‘articulate’ in terms of how teachers speak? There are several potential issues that emanate from this broad starting point:

In addressing these questions, I obtained the views of 41 teachers who teach, or are training to teach, within England. The teachers’ accents represent a linguistic variety, including Scottish, Irish (North and South) and the North, South and Midlands of England. I also obtained the views of 55 local schoolchildren in the Manchester area, representing three schools (private primary, state primary and a state secondary).

The students overwhelmingly agreed that no one should be forced to modify their accent and to do so might lead to feelings of fraudulence or even be regarded as an example of linguistic prejudice, also citing the need for teachers to display a variety of accents which reflect the real world.

In terms of the teachers’ perspective regarding the role that their accent plays in teaching, the following broad results are presented:

Specific comments made by mentors

While we could suggest that ‘if it ain’t broke, don’t fix it’, there is clear evidence, even within this small-scale research, that accent is an issue that comes up in teacher training, and beyond. This suggests that perhaps the current Teachers’ Standards do not, in themselves, need revising, but perhaps adding to. Citing the question posed by this blog, I suggest that we need to raise this question nationally, as a means to engage both mentors and teachers in order to determine a) should accent be addressed in the Teachers’ Standards and b) if so, how and why?

Otherwise, we are potentially left with a linguistic grey area with regard to this one crucial aspect of teacher identity. This is an area where more guidance is perhaps needed at a time when negative comments regarding accent are seen by some as reflective of linguistic preference.

Certainly, if there is a de facto expectation for Northern/Midlands teachers to adopt Southern pronunciation if teaching there, at least for phonics teaching, this need not be a controversial issue per se if it were put in writing. We might also consider the teachers’ views, reflective of a need to respect the equality and diversity issues that are discussed in the classroom and address them within teaching from an accent-based perspective. 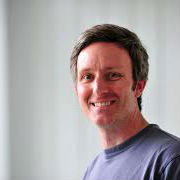