The British government recently announced that some people from outside Europe who make use of the National Health Service are to be charged for their care. But the public management challenges associated with calculating and collecting these fees are numerous, writes Professor Perri 6, who fears a repeat of the Child Support Agency fiasco.

Now research commissioned by the Department of Health estimates that much bigger sums could be found by more determined charging – although the researchers admit that there are a great many contentious assumptions in their numbers.

But the researchers’ reports say very little about the public management challenges of calculating the charges and actually collecting this money.

And that’s why I fear we could end up with another Child Support Agency (CSA) experience on our hands, with more being spent on collecting than is actually raised.

First of all, hospitals are going to have find out a great deal about the immigration status of each patient. Are they definitely from outside the European Economic Area? Are they from a country with which the NHS has a reciprocal agreement, and so presumably exempt?

Presumably not everyone who turns up on an emergency basis will be accompanied by a full set of their immigration papers. And those who are discharged quickly may not come back later on with their papers.

Then calculating the charge could raise some risks. Presumably, the charge will be based on the same national tariff rates charged internally to the Treasury for care for UK-resident patients. At any rate, if a separate tariff is to be set for non-EEA visitors, that will add even more complexity to the system.

But if some big hospitals in the major cities see this scheme as a nice little earner, their managers will be tempted to turn a blind eye when doctors “over-code”, or classify the patient as needing a slightly more expensive treatment than perhaps they do. That could soon run either into litigation problems or else high rates of unrecovered bad debt.

But many people get care from a GP, a specialist clinic, a hospital, and perhaps some other outreach service. Are they to get two or more bills? Or is one agency supposed to run an IT system that combines the bills from all the NHS bodies that deal with a patient?

Next, there’s an interesting question about the relationship between the charge made by the hospital and any charge which the Home Office has already levied on the person when they sought to enter the UK.

The Home Secretary recently announced that the government is inserting into the current immigration bill a provision for a “health surcharge”.

In theory, paying the ‘surcharge’ should enable someone to access health care free at the point of use. But now hospital staff are going to assure themselves that the patient who presents some kind of receipt or certificate for their surcharge is indeed the person described in the receipt, that the receipt is genuine and that the treatment is one that is covered by the surcharge. This is starting to look complicated and expensive to administer.

Bear in mind too that the Home Office collects the surcharge and passes it to the Treasury who, presumably, declare it to have been used as part of that or the following year’s general appropriations for the NHS. It does not necessarily go to any particular hospital, unless the government is going to set up a separate element in the present billing scheme by which hospitals bill the department for surcharged patients.

If the government wants to go down that route, then presumably the hospital will have to convince the department that the patient really was surcharged and that the surcharge paid does cover their treatment. So one fear might be that any hospital that really does want to work this scheme, despite the high administrative costs, will have an incentive to declare someone to be chargeable by the hospital, and might try to cast doubt on someone’s claim to have paid a surcharge that covers the treatment in question. That way lies even more litigation and therefore even higher administrative costs.

Next, hospitals have to find the people after they have been discharged or – for outpatients – after their treatment has ended, serve a bill on them, and pursue them until they pay. By that time, many of those patients will be back in their home countries. So, in practice, presumably hospitals would have to pay local bailiffs – sorry… “debt recovery agents”, in polite twenty first century jargon – in those countries. They will want a fat percentage of any proceeds.

So, to be fair to the government, they are trying to avoid creating another national body like the CSA. But this does nothing to avoid the risk that the same problems may arise, that the costs of administering the scheme, the complexity of the information requirements and the relationships between the Home Office and the NHS and between different parts of the NHS and between the different payment schemes, and the demands on IT systems and accounting procedures, will soon outweigh the sums actually collected.

Back when the CSA was created, the then government published projections of sums that could be expected to be “clawed back” based on estimations of the numbers of cases and the costs (in the case of child support) of the benefits provided. And the coalition has done the same thing with NHS care now.

But, just as in the case of child support all those years ago, rather little work has been done on the public management challenges of making this kind of recovery scheme both work at all and work in ways that will cover its own costs.

If the government doesn’t quickly do some design work on the management issues, this will look more like waste and less like austerity. 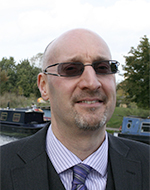