The idea of ‘tsars’ in Whitehall is a recent name for an old practice; bringing in outside actors to advise, and sometimes to act, on a specific issue. Although not all tsars hit the headlines, Dr Ruth Levitt and Bill Solesbury argue that these appointments are a bigger phenomenon than is often supposed and incumbents lack public accountability. They urge reform and, based on new research, suggest their own code of practice.

The assertion in last year’s Civil Service Reform Plan (July 2012) that Whitehall has ‘a virtual monopoly on policy development’ was clearly absurd, since outsiders – as consultants, advisers, lobbyists, consultees and others – have long contributed to policy development.

Nevertheless the Plan contains a commitment to ‘the maximum possible openness to new thinking or in the gathering of evidence and insight from external experts.’ It was curious that in this and subsequent statements like the Civil Service Reform Plan: One Year On Report (July 2013) or Twelve Actions to Professionalise Policy Making (October 2013), there is no reference to the role of ‘tsars’, those individuals from outside government who ministers have been appointing in increasing numbers to review or promote policy.

Last year our research at King’s College London revealed for the first time the extraordinary growth in tsar appointments. About 300 have been appointed since 1997, over 100 by the Coalition – more than its Spads.

Might it also be that they are regarded by Ministers – and their officials – as akin to the informal, private conversations with known and favoured experts that occur all the time? That view won’t wash. These are public appointments, funded by public money and should be publicly accountable.

Many tsars have had significant influence on policies. Some have made contributions to the resolution of major, politically tricky issues: Adair Turner on pensions, Andrew Dilnot on social care, Lord Browne on higher education funding, for example.

Others have made less newsworthy but no less worthwhile contributions, like Otto Thoresen’s design for the Money Advice Service, Alison Wolf’s reforms for vocational education, John Hills on the definition and measurement of fuel poverty.

However, some appointments have been of dubious value or had little impact: as recent examples, Mary Portas on the future of high streets, James Caan on social mobility and Frank Field on poverty and life chances all come to mind.

Our research demonstrates that the current manner of making tsar appointments and dealing with them and their work raises issues of propriety and effectiveness. Regarding propriety, we have identified the mostly informal selection and appointment processes (nothing more than a phone chat, in some cases), the variability of remuneration (some are offered a fee, some not), the striking lack of diversity in appointments (overwhelmingly male, white and over 50) and weak accountability for their work (for a small number of tsars there is no evidence at all of their work. The evasiveness of departmental responses to some of our FOI requests suggests that they don’t know or are reluctant to find out).

Regarding effectiveness, we found that some appointees possessed little relevant expertise (a tendency to appoint celebrities or reward political figures is evident), there are often no clear terms of reference, a lack of openness in how they conduct their work, some reports  are poorly evidenced, offering little more than opinion.

And there is no evaluation of their work, individually or collectively, to learn what makes for good practice in recruiting, managing and responding to tsars.

In our view these weaknesses justify minimal regulation of the work of tsars, as a necessary safeguard against the ministerial idiosyncrasy and official laxness that still undermines openness and accountability. Existing codes already govern ministers, civil servants and most sources of external expert advice to ministers, such as Spads, scientific committees or consultants.

We have drafted a short and simple code of practice for what we term independent policy advisers – most participants dislike the media shorthand ‘tsar’. The code addresses the main concerns we have revealed. It has been prepared with advice from a number of former tsars, civil servants, journalists and academics.

Francis Maude and his civil servants are in the driving seat in opening up Whitehall policy making. We urge them to recognize that tsars are inescapably part of this process – and to make the necessary reforms. 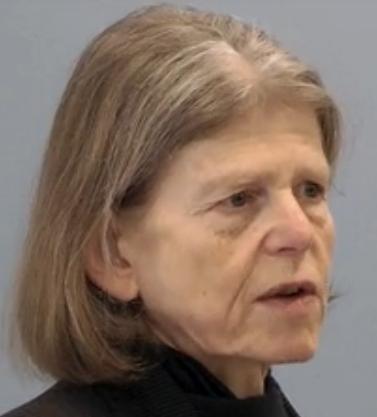 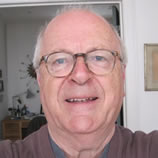 William Solesbury is a Visiting Senior Research Fellow at King's College London. He works as an independent consultant, researcher and trainer and specialises in the part played by evidence, including research evidence, in the construction of public policy. He runs William Solesbury & Associates, a research management consultancy, and in addition to his role at King’s holds an appointment as Associate Research fellow at the University of Edinburgh.