You are here: Home / Whitehall Watch / Females to the fore in reshuffle – but women’s policy input may remain limited

As expected, David Cameron has boosted the number of women in his Government. But this strategy is problematic, argue Professors Claire Annesley and Francesca Gains, and may not address the lack of women’s policy input in decision making.

Earlier this spring Andy Coulson, David Cameron’s former spin doctor, suggested that ‘Sam Cam’ was the Conservatives’ ‘secret weapon’ to win back women’s votes. This is a clear sign that in the run up to the next election the battle to win women’s votes is intensifying – and for good reason.

For many years after winning the franchise women in the UK were more likely to vote Conservative, and the ‘gender gap’ (the difference in the Conservative lead over Labour between male and female votes) was in double figures. In the 1970s and 1980s, as women’s roles in the home and the workplace changed, the gender difference in voting narrowed and psephologists argued that sex differences were not important in understanding UK voting patterns.

However the re-emergence of a small but significant gender gap in 1992, reflecting a swing by younger women to Labour, led to a sustained interest by the Labour Party in identifying and mobilising around women’s interests and demands which contributed to their successful 1997 return to office.

In the face of recent polling data, which shows falling support for the Conservative from women, the party has sought – rather belatedly – to proffer a more female friendly campaign strategy.

As well as Coulson’s advice on Sam Cam, Conservativehome.com ran a week-long series of blogs on ‘The Conservatives and women’ and recent policy announcements, such as childcare funding reform, have been floated to boost support from women. But are these initiatives likely to succeed in identifying and mobilising women’s votes? We don’t think they are.

Of course, it makes no sense to talk of a single set of ‘women’s interests’: groups of women have many different, and only sometimes overlapping interests and these intersect with other political cleavages associated with class, race and age.

However, psephologists such as Rosie Campbell point out there are three factors that still make the quest for women’s votes incredibly important for all parties in the run up to the 2015 election.

First, women currently make up 52% of the electorate – so there are simply more of them. Second, there are some sex differences in political attitudes with women more likely to favour spending on public services and less likely to support cuts in public spending. Third, women are more likely to be swing voters and make up their minds closer the election. In short, winning women’s votes is, and needs to be, a key preoccupation of both main parties.

On the face of it David Cameron appears committed to feminising the Conservative Party. But there are considerable roadblocks to translating his personal commitment into a success strategy for delivering the votes of women swing voters at the next election. These arise from weaknesses in the Coalition’s symbolic, descriptive and substantive representation of women.

Recent research on Conservative party members shows gender differences in attitudes towards gender equality and policy issues pertinent to women voters such as equal pay and abortion. But attempts to formulate a coherent policy offer in relation to women, for example in a 2008 publication by the Conservative Women’s Policy Group, lack the coherence, organisation or determination of Labour’s campaigning feminists in the 1980s onwards.

The same research confirmed anecdotal reports of strong resistance to gender equality guarantees, such as Labour’s all women shortlists, and strong resistance from local selectorates to any steer to choose from the more gender balanced ‘A’ list drawn up by Cameron before 2010. Despite press attention to high profile women adopted on the ‘A’ list, few were placed in winnable seats so, while the increase in the number of Conservatives women MPs after 2010 was from 17 to 48, this still only represents 16% of Conservative MPs, half of Labour’s 32% women MPs.

On ministers, Cameron faces a pipeline problem in bringing women into Government due to the smaller pool of female MPs from both coalition partners. Despite his 2008 pledge that one-third of his cabinet would be women, currently just 4 of 23 paid members of cabinet are women; and the key policy negotiating forum for the coalition partners – the Quad – is entirely male.

On top of this depleted supply of policy advocacy from women MPs and ministers the gender policy machinery assembled under Labour has been systematically disbanded and bypassed since 2010. The budget of the Government Equalities Office was reduced by 38% meaning that the Women’s National Commission was abolished and the remit of the Equality and Human Rights Commission has been scaled back. The government has been challenged twice for not applying the Gender Equality Duty to key budgeting and policy decisions. Instead Cameron appointed a lone special advisor on women – Laura Trott – but she is anonymous.

In short the quality and quantity of information available to Conservative strategists regarding the interests of women voters is drastically reduced and lacks coherence. And it shows. Coalition policy proposals affecting women have been faltering, with many false starts and u-turns.

But the biggest issue the Conservatives face is the detrimental impact the Coalition’s austerity policies have on women voters. Research from several organisations such as the UK Women’s Budget Group and the Institute for Fiscal Studies finds that women have been the biggest losers from fiscal retrenchment in terms of income, jobs and public services.

When the gender differences in attitudes towards public spending and austerity cuts amongst men and women voters is considered, the electoral consequences of these policy choices could be profound for the Conservative Party’s strategy to mobilise women’s votes at the next election. 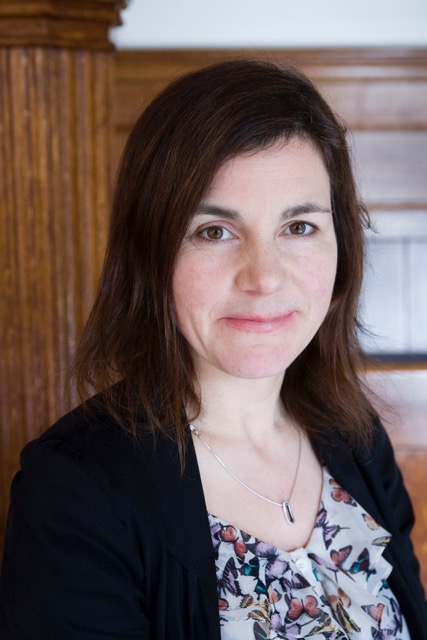