You are here: Home / Energy and Environment / Taking action on hot air: Why agriculture is the key to reducing UK methane emissions

While much of the global discussion on climate change focusses on cutting CO2 emissions, methane is around 25 times more potent as a greenhouse gas in trapping heat in the Earth’s atmosphere. At COP26, the UK Government committed to reducing methane emissions by 30%. In this blog, Emeritus Professor Ian Plewis lays out the scale of the challenge and the change needed, particularly in the agricultural sector.

Methane is emitted from both natural sources, such as wetlands, and human activities like wastewater treatment, industry, and livestock farming. In the UK, the latter is the largest source of methane emissions, primarily from cattle raised for both meat and dairy products.

The UK, along with more than 100 other countries, made a pledge at the 2021 Glasgow COP26 meeting to reduce global methane emissions by at least 30% between 2020 and 2030, and committed “to take comprehensive domestic actions to achieve that target, focusing on standards to achieve all feasible reductions in the energy and waste sectors and seeking abatement of agricultural emissions through technology innovation as well as incentives and partnerships with farmers.” Assuming, perhaps optimistically, that the global target is shared equally among all countries, a 30% reduction in UK methane emissions implies a total of 35.9 million tonnes carbon dioxide equivalent (MtCO2e) in 2030. How can such a relatively modest reduction be achieved, considering the Government has yet to give any indication of specific plans to meet its commitment?

Meeting a target for reducing methane emissions does, of course, address only a part of the required actions for reducing overall emissions to mitigate global warming. And, for agriculture in particular, reductions in nitrous oxide – an even more potent greenhouse gas – are also urgently needed. When choosing between the potential methane-reducing scenarios, it would be sensible also to consider their effects on other GHG emissions and on other environmental concerns such as air and water pollution. For example, reducing livestock numbers would lead to a reduction in the amount of animal manure, and hence to a potential increase in the use of artificial fertilizers which emit other greenhouse gases, as well as being vulnerable to fluctuations in gas prices.

Nevertheless, as COP26 recognised, reducing methane would have beneficial effects in the short-term. Analyses (available on request) indicate that, even with reductions in other sectors, there needs to be substantial and rapid change in agricultural policy and practice to attain a 30% reduction in methane overall.

Changing attitudes to land use in agriculture

There has been some change in Government policy since the UK left the EU, with the Basic Payments Scheme of subsidies based on land amounts progressively being replaced by a system that provides public money for public goods, such as landscape recovery and sustainable farming methods.  These changes will, however, take some time to become effective and, because agriculture is the responsibility of the devolved administrations in the UK, may not be spread evenly across the four countries. In addition, the National Farmers Union has a goal of achieving ‘net zero’ by 2040, although their road map is rather short on detail.

Data from the Farm Practices Survey in England provide some evidence about the willingness of farmers to consider change. They show that the percentage of farmers who believe that greenhouse gases are ‘not very’ or ‘not at all’ important when making decisions has fallen steadily, from 48% in 2013 to 26% in 2021 – although the percentage actually taking action to reduce emissions has remained constant at around 60% over this period.

It is widely recognised that consumption of red meat and dairy products in the UK, in common with all developed countries, is too high both from a health perspective and in terms of sustainability. Data from the UK National Diet and Nutrition Survey do suggest that red meat consumption is declining, but this is not so for dairy products.  Policies are needed that reduce both the demand for, and supply of, these products.

Moving towards a situation where the prices of these products reflect the true costs of production (including the environmental costs), and providing incentives for farmers to lower, say, emissions per litre of milk produced, could be helpful.  More generally, developing measures of productivity that take environmental harms into account could refocus policies away from merely trying to increase the production of each animal.

Reducing livestock numbers could also have other environmental benefits in that more land could be devoted to growing food for humans rather than for animals; currently about 55% by weight of the UK’s cereal production (wheat, barley and oats) goes on animal feed along with essentially all the oilseed rape and maize production. Reducing livestock production in favour of staple crops could not only lower the UK’s greenhouse gas emissions, but also improve the country’s food security and help to shield it from the impact of events such as the Russian invasion of Ukraine.

Reducing UK methane emissions by 30% by 2030 will require substantial investments and policy changes across the waste management, energy supply, and agriculture sectors. But it is for agriculture that change is most urgent, if the Government is to meet the commitments made to the international community at the COP summit it hosted. 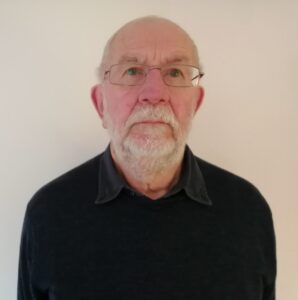 Ian Plewis is Emeritus Professor of Social Statistics at The University of Manchester. He moved there in 2007 and founded the department of Social Statistics. Before that, he had been Professor of Longitudinal Research Methods at the London Institute of Education. He is currently examining ways in which UK official statistics can be used to inform debates about climate change, with particular reference to agriculture.