A new national standard for cancer testing in England and Wales (NICE ‘Diagnostic Guidance 42’) was published in October 2020, following a successful policy engagement campaign from Professor Emma Crosbie’s team at The University of Manchester, and Policy@Manchester. In this piece, adapted from our On Cancer publication, Professor Crosbie explains why this is just the start of the journey in preventing, detecting, and treating cancers associated with Lynch syndrome.

The importance of testing for Lynch syndrome

Lynch syndrome is a genetic condition that dramatically increases a person’s risk of developing certain cancers, including endometrial (womb) and colorectal (bowel) cancer. The link to bowel cancer was significant enough for the National Institute for Health and Care Excellence (NICE) to establish a national standard (known as ‘Diagnostic Guidance 27’) in 2017, calling for all patients with colorectal cancer to be tested for Lynch syndrome.

Importantly, for every Lynch diagnosis at this stage, it becomes possible to test family members who may also have the condition and are unaware of their increased risk of developing cancer. If they test positive, we can then offer advice on prevention and risk mitigation such as preventive treatments and surgeries and place them into colorectal cancer surveillance programmes. With an aggressive cancer like colorectal cancer, every step to detect and treat earlier is one that will save lives.

Our research made four important contributions to understanding the relationship of Lynch syndrome to endometrial cancer:

The next stage for our work was to build the case for policy change. We reached out to Policy@Manchester for their advice on how to get our research findings in front of the right audiences. Our immediate objective was a change to NICE guidance, along the lines of the DG27 recommendation for universal testing of colorectal cancers for Lynch syndrome.

After around 18 months of consultation and evaluation of research evidence, the specialist committee convened by NICE endorsed the principle of universal testing for Lynch syndrome in cases of endometrial cancer.

Our success in achieving this new national standard is only the beginning, and with the NICE guidance now in place, our focus turns to implementation. We were encouraged to see new implementation guidance released by NHS England in August 2021. This specifies the diagnostic and testing pathways required to achieve universal testing for Lynch syndrome in cases of both colorectal and endometrial cancer, bringing practice in England and Wales into line with the standards established by NICE guidelines 27 and 42 respectively. Importantly, this guidance also clarifies the commissioning responsibilities (between national and local health systems) for every stage of the pathway. Members of my research team are now participating in a national project to roll out Lynch syndrome testing across the UK.

Our research has shown that, when fully implemented, the move to universal testing for Lynch syndrome in endometrial cancer patients will mean roughly 1,000 new diagnoses in England and Wales every year. Each one of those 1,000 people will have a better chance to prevent and to survive colorectal cancer because they will know about their increased risk. For the families of those whose lives will be saved by joining colorectal cancer surveillance programmes, this represents an incalculable saving. For our health and care systems too, the savings in the long-term from earlier detection and less intensive treatments will easily outweigh the initial investment required to build our testing capacity (infrastructure and personnel) to the level we need.

In terms of future policy, we must quickly move to implement the new NICE guidance here at home and look to share our knowledge and expand these testing standards abroad.

Each of these steps will have costs associated with them, but research shows that these will ultimately be paid for by the longer-term savings associated with detecting those cancers more quickly and being able to treat them at an earlier stage.

The challenge of expansion is to find ways to roll out this new standard of testing beyond the UK. While guidelines in the US encourage Lynch syndrome testing in endometrial cancer cases, we have found no similar recommendation in Canada, Australia, or New Zealand. Each of these countries have similarly advanced economies with complex health and care systems, and English as a language of administration. This makes them prime candidates for knowledge transfer based on our existing evidence and policy progress here in the UK. Informing cancer testing standards across Europe is also an important next step. One way in which this could be progressed would be for NICE to bring together a meeting of similar regulatory and advocacy bodies, such as Cancer Council Australia and the Cancer Control Agency (Te Aho o Te Kahu) in New Zealand, to share DG42 and discuss in detail the evidence behind it.

We will continue to push for the adoption of similar guidelines for Lynch syndrome testing in as many healthcare systems as possible, to save lives and costs and showcase the UK’s ability to lead the way in scientific research and cost-effective healthcare policy.

We are already saving lives here at home. With the full implementation of DG42 by cancer testing commissioners, and more investment in testing and surveillance capacity, we can save even more and ultimately do so across the world. 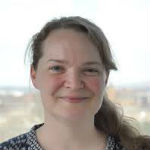 Emma is a Consultant Gynaecological Cancer Surgeon whose research interests include screening, prevention and the early detection of gynaecological cancers, as well as developing new treatments and interventions for women with established disease.