You are here: Home / Featured / Dinner parties and healthy eating should share blame for food wastage

Eating ‘properly’ and special occasions are more to blame for household food waste than lazy consumers and supermarket BOGOFs, according to Dr David Evans and Dr Daniel Welch.

We waste 15 million tonnes of food in the UK every year, according to a recent report from the House of Commons EU Committee. This has serious economic and environmental implications. Food waste costs UK business at least £5 billion a year. Worldwide, the carbon footprint of food waste is twice that of all road transportation in the USA.

Baroness Scott, chair of the House of Lords committee that produced the report, condemns this state of affairs as ‘morally repugnant’. When consumers in the developed world waste nearly as much food as sub-Saharan Africa produces, few could disagree. But moral outrage at food waste easily slips into moralistic condemnation of ‘wasteful consumers’.

However our research at the Sustainable Consumption Institute at the University of Manchester, suggests that ‘positive’ values and practices such as cooking from scratch, or eating with family and friends, are more often the cause of food waste than laziness, profligacy and ignorance.

The report is refreshing in not laying responsibility for the global issues of food waste squarely on householders’ doorsteps. So where statistics suggest that 42% of food waste in the EU can be attributed to consumers, the report draws attention to the ways in which retailers – who are directly responsible for just 5% – can pass food waste ‘from the store to the household’ through the way in which food is sold.

Distinguishing between the causes of waste and the location where it occurs is crucial.

But it’s disappointing that the debate about the interface of households and retailers is limited to a narrow and predictable focus on promotions – like Buy One Get One Free offers –and date labeling. This falls into the trap of seeing food waste primarily as a consequence of individual decision making.

Research into how and why food we buy to eat ends up in the bin tells a different story entirely. Studying real households as they shop, cook and eat suggests that food waste is better understood as arising from household routines, cultural expectations around cooking and eating, and the social organisation of food consumption.

All of the households studied felt guilty about wasting food and tried to avoid doing so. Many developed routines that allow them to match their patterns of grocery shopping to the meals that they cook and eat between trips to the supermarket.

When these routines are unexpectedly thrown out of balance – whether by a surprise visit from a friend, a parents evening, or a traffic jam – we see food that would normally be eaten at risk of going to waste.

To make matters worse, there exists an imperative to cook and eat ‘properly’, and this is commonly understood as a matter of cooking from scratch using a variety of fresh ingredients. But the rhythms of everyday life – whether for working parents or single young professionals – are often mismatched with the timeframes in which broccoli wilts and tomatoes go wrinkly.

The family meal is a cultural ideal that many of us consider a good thing. However, ensuring the family eats together and eats ‘properly’ – a responsibility usually falling on women – means both the continuous effort to push suitable meals on unwilling partners and kids and having to buy ‘fail safe’ ingredients as back up. Negotiating these conflicting imperatives can often lead to food waste.

Research currently underway at the Sustainable Consumption Institute, drawing on a recent large-scale dataset of eating patterns in the UK, suggests the more socially significant a meal is – such as a dinner party with family and friends – the more food waste results.

Our findings also reveal that the smaller the quantity of leftovers from a meal, the more likely they are to go to waste – contrary to common misconceptions about the relation between overconsumption and food waste.

So what does this all mean for retailers? Our research suggests that BOGOFs – especially on non-perishable items – are something of a red herring.

However, we know the pressure to cook from scratch using a variety of fresh ingredients leads to food waste. One modest suggestion is that there’s more retailers can do to promote pre-mixed vegetables packets – that would allow households to eat ‘proper’ meals without buying surplus perishable ingredients.

Of course, this kind of portion control is liable to be seen as ‘cheating’ – at odds with prevailing ideas of cooking ‘properly’. This tension highlights that the challenge for household food waste reduction might be one of shifting cultural conventions around food and eating.

And here retailers are well placed to act as cultural mediators who can work alongside others, such as celebrity chefs, food bloggers and media outlets to shift those conventions in a way that helps reduce household food waste. 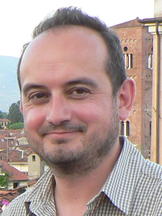 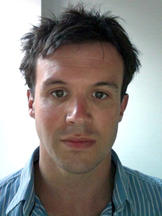 Dr David Evans is Lecturer in Sociology and Research Fellow of the Sustainable Consumption Institute at the University of Manchester.