You are here: Home / Featured / Do we need a ‘new settlement’ with Europe – or just a better sausage factory?

In seeking a ‘new settlement’ with the European Union (EU), the UK government is ignoring the existing rules and procedures that should already govern law making, argues Clive Bates. Here he focuses on a current example, the regulation of e-cigarettes, highlights the broader faults in the current process and offers some solutions.

The government wants to renegotiate the terms of our engagement with the European Union. To that end, it has established a Review of the Balance of Competences to examine where Brussels, in the words of the Prime Minister, “helps or hampers” or produces “spurious regulation”.

The idea is to roll back some EU influence and to create a ‘new settlement’ that can be put to the people in a referendum on the UK’s future in the EU.

My contention is that we would have a better new settlement if the EU was simply rigorous about following its own rules and British ministers and officials placed that above deal-making in Brussels.

There’s no harm in trawling through the catalogue of EU laws searching for the mad, bad and dangerous, but I doubt it will deliver much of a new settlement. We did, after all, agree to most of this through the UK role on the European Council.

What could be more fruitful is to look at how the EU makes legislation. The EU legislature is not free to agree whatever laws it likes. It is constrained by a series of principles coded into the two main treaties governing what can be agreed, and a number of procedures governing the way agreement should be reached.

The principles include proportionality, non-discrimination, proper legal base and subsidiarity and conferral. While the procedures in place include consultation, evidence-based justification, impact assessment and scrutiny by member state parliaments.

I am writing this because every one of these principles and procedures has just been violated in the development of a new EU directive; the revision of the Tobacco Products Directive.

My particular concern is the provision to regulate e-cigarettes. It matters that this legislation is done well, because smoking remains one of the most serious public health challenges and millions of lives are at stake.

Misunderstand the technology or users, misinterpret the evidence or ignore unintended consequences and people do actually die as a result. It is therefore astonishing to me that critical aspects of this regulation could be drawn up with none of the other basics of good policy making mentioned above.

I have explored the issues in a couple of articles, but I think there are more general lessons to be drawn.

First a word about e-cigarettes. To me they represent a stunning breakthrough that can substitute for smoking with virtually no risk, at low cost, with no public spending, no NHS resources and without coercion or prohibitive legislation.

According to Goldman Sachs they are one of eight ‘creative destroyer’ technologies, giving people much of what they want from smoking but without the harm. To the cigarette-based business model of Big Tobacco, they promise a Kodak `moment.

The greatest risk to these developments is heavy handed regulation: over regulate the disruptive much safer entrants, and you implicitly protect the far more dangerous incumbent, as tellingly explained in this memo from a fake PR company, Satanica.

Sadly, much of the public health establishment has determined that these products are a threat and have pressed for heavy regulation (eg see this IUATLD statement). This excellent commentary, The Shock of the New, by Jill Rutter of the Institute of Government, describes the government’s failure to cope with this significant innovation and the marginalisation of its users.

Without ever engaging with them, negotiators reached political agreement to a package including many arbitrary, counterproductive and, frankly, weird measures based on scientific misunderstanding or no justification at all. It is the outcome of a haggle, not a high quality deliberative process. Allow me to list some broader faults that lead to this and to suggest some remedies:

Openness. There has been no consultation on any of the proposals now in the agreement. Users, businesses and experts have not been asked how the measures would affect them, or what possible unintended consequences might arise. Remedy: the institutions must strictly abide by the requirement to consult. The European Ombudsman should be empowered to intervene in the legislative process in response to legitimate citizen complaints.

Lawfulness. The problem started with a determination to regulate e-cigarettes as medicines. They are not medicines in common sense or in law. There have been five cases in member state courts rejecting this designation. The Legal Affairs committee of the European Parliament found it to be unlawful. Many of the measures now included are disproportionate or discriminatory and have no legal base. Remedy: publish independent legal advice or a legal risk assessment for all potentially contentious measures.

Scrutiny. National parliaments stand outside the EU, but have an increasingly important role to play in its business. The Prime Minister singled out European institutions in his big Europe speech and, in negotiation of this directive, ministers and officials have treated scrutiny as an obstacle to sidestep. Remedy: strengthen scrutiny and make the Westminster parliament a guardian of due process. The European Scrutiny Committee of the House of Commons has just reported on Reforming the European Scrutiny System in the House of Commons. This agenda is integral to any new settlement with the European Union.

Disclosure: no competing interests.  These views do not necessarily represent views of former employers 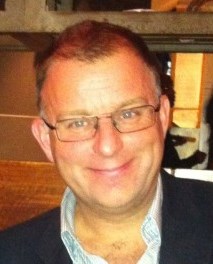 Clive Bates is the Director of Counterfactual Consulting and Advocacy. Previously he was Director of Action on Smoking and Health (1997-2003) and a Civil Servant (2003-2012).