The use of electronic cigarettes in the UK continues to grow, posing complex challenges for regulators and public health policymakers alike. Current debates represent a struggle over whether e-cigs will ultimately be viewed as a trusted medicine, an everyday consumer product or a problematic recreational drug, writes Dr Catriona Rooke.

In June the UK medicines regulator (MHRA) announced that ‘nicotine-containing products’ including electronic or ‘e-cigarettes’ would be regulated as medicines to ensure that standards of quality, safety and efficacy are met. It stated that this would be achieved through support of the European Commission’s draft Tobacco Products Directive.

But just a few months later, members of the European Parliament voted on revisions to the directive, which controls the manufacture, presentation and sale of tobacco products, and rejected the Commission’s proposal to regulate all e-cigarettes as medicinal products at the European level.

This vote, hailed as both a ‘victory for common sense’ and a disappointment, reflects e-cigarettes’ ambiguous position in regulatory frameworks and public health debates.

E-cigarettes are battery-operated devices that produce a vapour which the user inhales – this usually, although not always, contains nicotine. Although nicotine is addictive, it is the toxic chemicals in tobacco smoke that are harmful; while evidence is lacking on the long-term effects of e-cigarette use, the scientific consensus is that they are likely to be much safer than smoking tobacco.

In the UK e-cigarettes have, thus far, been regulated under consumer protection regulations. This has raised concerns over manufacturing and safety standards as well as marketing and advertising practices. Usage among smokers more than doubled between 2010 and 2012, and the e-cigarette market is expected to continue to grow rapidly.

E-cigarettes have been the cause of significant debate in the public health community and, more recently, in the media.

Some academics, particularly many experts on nicotine addiction, feel strongly that e-cigarettes have great potential as less harmful alternatives to smoking tobacco – either to help people quit smoking or as a replacement for tobacco cigarettes. Online ‘vaper’ (user) communities have also been vocal in their enthusiasm for e-cigarettes.

But concerns have been raised about a range of issues including lack of regulation, continued addiction to nicotine, the possibility of them acting as a ‘gateway drug’ into smoking and their impact on social norms around smoking.

Current debates about the appropriate use and regulation of e-cigarettes provide a fascinating window onto the processes involved in shaping the identities of a technology and its users – as well as the role of law, the media, and academic, policy and user communities in this process.

Although they were developed in China in 2004 and introduced to the UK in 2006, it is over the last three years that e-cigarettes have gained visibility in public and policy spheres. Initially an unfamiliar and slightly odd gadget, they have shifted to being very visible, through advertising, their sale in a range of outlets and greater use, and are increasingly at the centre of media, policy and academic debates.

E-cigarettes trouble some key boundaries in tobacco control, and this is central to debates surrounding them and efforts to shape their trajectory. Prior to the development of e-cigarettes, products containing nicotine were placed into either the category of an accepted medicine or a risky tobacco product.

Nicotine replacement therapies such as nicotine gums and patches were developed within the pharmaceutical industry in the 1980s and consciously designed to be medicinal and not too attractive. They have been regulated as medicines in the UK since they were introduced.

Whilst use of these medicines for ‘harm reduction’ purposes – such as to aid in cutting down before quitting smoking or smoking less – has been legitimated in the UK, they remain firmly in a medical framework focussed on their use as a treatment in stopping smoking.

E-cigarettes imitate many of the visual elements of smoking –  they involve the user inhaling and exhaling a vapour and are commonly designed to resemble cigarettes, sometimes including a tip that lights up when the user inhales – and are marketed as a glamorous and healthier alternative to smoking. But they are difficult to categorise as either medicinal or tobacco.

Current debates represent a struggle over whether e-cigarettes will be shaped into a trusted medicine, an everyday consumer product or a problematic recreational drug, and whether their users are responsibly undertaking a treatment or engaging in a pleasurable but dubious activity.

In the public health community, the pharmaceutical industry has, generally, been positioned as a legitimate and valued partner, producing as it does treatments for smokers. Conversely, a great deal of work has gone into highlighting the tobacco industry’s activities in delaying public health policies and misleading the public, thereby positioning it as a ‘pariah’ industry.

Initially e-cigarettes were sold in the UK by small companies, usually online. All the major tobacco multinationals have now moved into the e-cigarette market: for example, British American Tobacco (BAT) recently launched an e-cigarette called ‘Vype’ in the UK, and Nicoventures, a company within the BAT Group, is working to bring a nicotine inhaler product to market as a licensed medicine.

These shifts significantly muddy the waters around public health engagement with industry: Article 5.3 of the WHO Framework Convention on Tobacco Control underlines the importance of protecting public health policies from “commercial and vested interests of the tobacco industry”, but what happens if a tobacco company is producing a medical product?

The increasing influence of tobacco companies in the e-cigarette market, and the potential for this to shape take-up of e-cigarettes in a way that increases population harm (e.g. promotion to teens as a step towards smoking and use of e-cigarettes alongside smoking), is a valid cause for concern, especially bearing in mind the tobacco industry’s past tactics.

As such, there is a need for broad public debate over how e-cigarettes ought to be controlled to ensure that important social and ethical concerns are addressed. It is important to consider whether addiction to a substance should be condoned if it isn’t especially harmful to the user and others.

How should likely health benefits for individuals be balanced against possible harm to the population? And how should commercial vested interests, such as those of the tobacco and pharmaceutical industries, be engaged within public health policy-making?

It is crucial that these and other questions are not lost as debate over regulation progresses. Benefits to individuals must be weighed appropriately against the costs to the population as a whole, and a critical dimension to our view on the commercialisation of technologies with addictive properties must be retained. 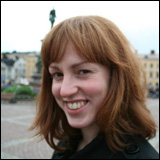 Dr Catriona Rooke is a sociologist of science, technology and medicine at the University of Edinburgh, whose research focuses on public health concerns and policies. She is currently working on a Cancer Research UK funded study exploring smokers’ understandings of tobacco harm reduction products and strategies.