You are here: Home / Science and Technology / A ‘National’ Health Service? It would be a good idea

The NHS is seen as a fundamentally British institution and even a symbol of national identity. But, writes Dr Julian Simpson, it might make more sense to call it an ‘International’ Health Service. And while ‘health tourism’ and migrant doctors’ language skills make headlines, the real issue is whether it should remain dependent on an international workforce.

The NHS has always relied on large numbers of doctors and other healthcare workers from overseas. If we were more open about this history and some of the factors that shaped it, we might think differently about some of the challenges the NHS faces today.

As it is, policy debates around the international dimensions of the NHS tend to gravitate around fretting about the competence of doctors trained overseas and indignation over so-called ‘health tourism’.

The latest instance of this is the government’s proposal to charge migrants to access NHS services – an idea that the British Medical Association described as inefficient and as posing public health risks.

Earlier this year the government announced new plans aimed at making sure that overseas-trained doctors have a sufficient command of English to work in the UK – a policy which it is hard to argue against but which ignores the fact that employers were already perfectly within their rights to refuse to employ doctors whose English was not good enough.

If incompetent doctors – UK or overseas trained – are working in hospitals and providing out-of-hours care, surely serious questions should be asked of those who appointed them in the first place?

Moral panics about these issues in fact obscure some of the underlying characteristics of the ‘International’ Health Service that remain unaddressed.  This is at least in part because we fail to recognise the extent to which the NHS is a product of the work of migrants.

In the early 1950s over 10% of doctors had qualified outside of the UK. Over time, the reliance on migrant doctors from Central Europe and the Republic of Ireland gave way to a dependency on medics trained in the Indian subcontinent -10,000 of them were working in the UK by the end of the 1970s. Today EU doctors make up a significant part of the third of NHS doctors who trained overseas.

Of course, the migrant workforce was not limited to doctors: thousands of nurses from the Caribbean and the Philippines came to work in the NHS. Catering and cleaning services have been heavily dependent on migrants from a range of nationalities.

Oral history research carried out at the University of Manchester and the Open University over the past six years has served to highlight not just the need to recognise the contribution of these migrant healthcare workers but the specific nature of their role. As has historically been the case with other groups of migrants, these workers did the jobs that local people did not want to do. This goes for cleaning, for instance, but also involves working nightshifts, caring for the old and infirm and being based in less affluent parts of the UK.

A large number of migrant doctors became specialised in care for the elderly or psychiatry and by the early 1990s a third of GPs in Manchester and Sunderland had trained in the Indian subcontinent. They were also present in significant numbers in the mining communities of South Wales. In the somewhat less gritty environment of Somerset and Dorset, they made up around 1% of the GP population.

A quote attributed to Mohandas Gandhi has him replying to a journalist who asked him what he thought of Western civilisation that ‘It would be a good idea’. The National Health Service has always been in effect an International Health Service: the UK has never been self-sufficient when it comes to the staff needed to keep it going.

Immigration has acted as a safety valve between the professional aspirations of doctors and other healthcare workers trained in Britain and the needs of the UK’s healthcare system.

Running a National Health Service would be a good idea – after all, why would the provision of care for the UK’s population not be seen as a priority and why should the UK not make sure that it trains workers willing to take on posts that need to be filled?

For those of us who suffer from conditions viewed as less glamorous and live in parts of the UK that are more Coronation Street than Harley Street, aligning the training of healthcare professionals in the UK with the needs of the population would be a welcome development.

The alternative is an ethical policy based on immigration that adequately compensates countries who export healthcare professionals. But if the latter path is chosen, more emphasis should be placed on providing adequate support to migrant workers rather than blaming them for the system’s shortcomings.

The real issue about the NHS and migration is about whether it should remain dependent on an international workforce and if so how these employees might be better valued and integrated. Once this choice is made, questions such as ‘health tourism’ and the language skills of migrant doctors will be recognised as the side issues that they are. 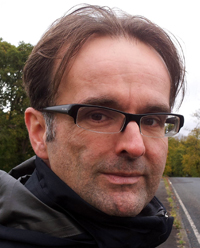 Dr Julian Simpson is a Research Associate at the Centre for the History of Science, Technology and Medicine at the University Of Manchester. He completed a PhD in 2012 on the role of South Asian GPs in the NHS between the 1940s and the 1980s.