You are here: Home / Science and Technology / Avoiding catastrophe: the role of the state in the water-food-energy nexus

The recurring themes of water, food and energy in the UN’s Sustainable Development Goals suggest the policy-making community is waking up to the deep inter-dependencies between these three essential resources.  The role of central governments in translating such a ‘nexus thinking’ into meaningful action, in order to avoid a potential catastrophe, will be critical, writes Dr Daniel Fitzpatrick.

Last week, the world’s political leaders joined business CEOs, philanthropists, and the top brass at the UN and the World Bank at the 68th session of the UN General Assembly (UNGA 68) to deliberate on the direction of the post-2015 development agenda.

These forums follow the outcome document of the 2012 Rio+20 summit, The Future We Want, which set in in motion a process to develop a series of Sustainable Development Goals (SDGs) to build upon the original Millennium Development Goals (MDGs). At the very heart of the post-2015 agenda should be a ‘nexus approach’ that recognises the interconnections between water, food and energy.

The global population is growing at a rate of six million a month; or to put it another way by the entire population of the UK every year. By 2030 it estimated that the world will need 30% more water, 50% more energy and 50% more food. Some of this shortfall could be made up by increasing efficiency and reducing waste as well as escalating production. However, without the necessary improvements in efficiency, the extra land area needed to accommodate the increased demand is equivalent to the size of Argentina.

Added to the increasing demands for natural resources and changing consumption patterns of a growing and increasingly urban and middle-class population, current climate change models project that we will experience extreme weather, swinging from drought to deluge conditions, on a more frequent basis.

Professor Sir John Beddington, Chief Scientific adviser to the UK Government, claimed that if we continue to follow the current trajectory we will encounter a ‘Perfect Storm’ by the year 2030.  Policymakers – at the local, national and supranational level – need to recognise the closely-bound interactions between the production and consumption of water, food and energy – the nexus –  in order to avoid the catastrophe of a water-food-energy crisis for public health, the environment and the global economy.

Professor Beddington has been joined by other policy advocates, such as the European Development Commissioner Andris Piebalgs, in calling for a nexus approach to be embedded within national and supranational decision-making. ‘Nexus thinking’ is designed to sensitise all of us to the deep inter-dependencies between water, food and energy and urges policy-makers not to isolate the different issues and challenges, but rather recognise the inevitable trade-offs that will have to be made.

The nexus approach is centred on the mantra: ‘Integrated resource planning is the future’. However it is also our past; at least in terms of the rhetoric on environmental governance. What are the prospects of embedding a nexus approach across systems when in the water sector, for example, the paradigm of integrated water resource management (IWRM) has yet to be translated from theory into practice after decades of well-meaning debate?

The question remains why in a supposed era of globalisation, in which people, processes and technology are increasingly interconnected, is it still so difficult to ‘join the dots’ and integrate decision-making and action towards common goals on the natural resources on which life itself depends?

What does this tells us about contemporary policy-making and governance? In one respect it reflects the emphasis in much of the governance literature on the inability of the state to coordinate effectively and exercise control on an increasingly fragmented policy arena in which complex ‘wicked’ issues such as the ‘nexus’ confound traditional mechanisms of government.

There is incongruence between the requirements of a nexus approach and the prevalence of top-down, hierarchical, silo-based decision-making that sees government departments and agencies focus on issues of food, energy and water in isolation from one another. However, paradoxically the continued emphasis on hierarchical governance contradicts the picture presented by the society-centred conception of ‘era of governance’ as one of ubiquitous networks and horizontal partnerships, in which central government is marginalised as merely ‘one actor amongst many’.

In this context the calls on government, from business, NGOs and supranational bodies, to perform a greater coordinating role for the nexus reaffirm the salience and centrality of the nation-state rather than diminish it. The interpretation and implementation of the UN’s SDGs will be left to the discretion of individual member states.

As South African President, Jacob Zuma, commented in this address UNGA: “A development agenda beyond 2015, should allow individual regions and states the space to address the development needs peculiar to their circumstances and priorities”.

The decision to embed a nexus approach will undoubtedly require new innovations in governance arrangements that will incorporate more non-state actors into an already crowded policy arena. However, it will ultimately be central governments who take this decision and it will be their responsibility to drive this change.

If ‘nexussed governance’ becomes a reality it will reflect the relevance of the state, rather than its retreat. 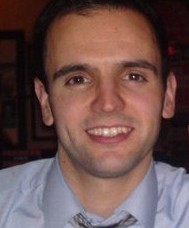