You are here: Home / Science and Technology / Who Killed the Bees? Pesticides, risk and the politics of knowledge

The UK government was one of a minority of states that voted against the EU ban on insecticides said to be responsible for desecrating the honeybee population. Its rejection of a precautionary approach to this issue suggests that deep public anxiety about risks associated with technological and scientific ‘progress’ is justified, writes Dr Richie Nimmo.

In April 2013 the EU imposed a moratorium on the use of neonicotinoid pesticides for two years, following sustained campaigning by French beekeepers, green groups and environmental organisations from across the EU.

These groups are convinced that the class of systemic insecticides known as neonicotinoids are the primary cause of the rapid decline in honeybee colonies seen across much of the world since at least the 1990s and accelerating since 2006.

The UK government was one of a minority of states that voted against the ban, having briefed against it throughout the deliberation process. Though the moratorium was a significant victory for the beekeepers and their allies, it is only for two years, and the scientific evidence on both sides remains ambiguous and fiercely contested, so this is by no means the end of the story.

The field of science, technology and society (STS) has consistently argued that scientific knowledge is never just about ‘facts’ but is always also about power. Facts are not simply ‘discovered’ by science as absolute truths but are constructed in social contexts riddled with power relations, such that power and knowledge are always intertwined.

What becomes a fact and what does not is a social and political issue, concerning what kind of knowledge – and importantly whose knowledge – acquires legitimacy and authority.

It is revealing to think about the debate over neonicotinoids in these terms: many beekeepers in France became convinced over a decade ago that a worsening trend of honeybee losses was linked to the introduction of ‘Gaucho’, a brand name for products manufactured by the German agro-chemical company Bayer, which contains Imidacloprid – amongst the most widely used of the neonicotinoids.

Their sustained campaign against these products became internationalised after 2007, when a working group at Pennsylvania State University researching the causes of a spate of particularly dramatic losses amongst US beekeepers throughout the previous autumn, produced a report in which they named the condition ‘Colony Collapse Disorder’ (CCD).

This new term quickly became ubiquitous in media reports worldwide and its apocalyptic overtones caught the public imagination, so that CCD came to be perceived as a new, unprecedented and urgent crisis not only of honeybees but of pollination, and therefore of agriculture and food production.

This helped to create the conditions in which the anti-neonicotinoid campaign was able to enlist many more allies, until it was strong enough to achieve the considerable coup of out-lobbying the big pesticide companies within the EU legislative process, if not within all member states.

Meanwhile the relationship between the politics and the science of CCD is complex. Despite ongoing research since 2007 neonicotinoids have not yet emerged as an entirely convincing candidate for a sole causal agent. Instead there is an emerging scientific view that CCD is a complex multi-causal phenomenon, with pesticides interacting with each other and a number of other stressors to ratchet up the existing threats to honeybees from parasites and viruses.

In the absence of a ‘smoking gun’, two political approaches have predominated: One is to insist that more research is needed, because a toxin must be decisively shown to be specifically responsible for the suspected environmental damage before it can be withdrawn; this is the stance of the UK and US governments.

The other is to adopt the ‘precautionary principle’, which argues that if there is good reason to suspect that a toxin may be responsible then it should be withdrawn while further research is carried out; this position underpins the EU’s recent decision.

Some science studies scholars have argued that the ‘more research’ approach means delegitimising the practical knowledge of beekeepers in favour of a narrow conception of scientific authority; whereas the precautionary principle acknowledges that in cases of considerable complexity the experientially grounded knowledge of practitioners may sometimes be ‘ahead of the curve’.

Ruling out other forms of knowledge as ‘unscientific’ is typical of what James Scott has called ‘seeing like a state’, whereby techno-bureaucracies impose top-down schemes rooted in ‘expert’ ways of knowing that are divorced from the real intricacies of lived practices, very often leading to great waste and inefficiency, abject failure, and sometimes even disaster.

Yet the UK government is not averse to dismissing scientific expertise in favour of practical wisdom when it suits, as illustrated by its recent insistence on culling badgers to appease disgruntled farmers in spite of expert advice that this will do very little to reduce bovine TB.

So there is more to this than a preference for science over other forms of knowledge, and sociologist Ulrich Beck’s theory of ‘risk society’ provides a further way to understand what may be going on.

Beck argues that in contemporary societies the social mechanisms for managing the risks attendant upon industrial technologies have broken down. Previously risks were managed via a ‘calculus of risk’ woven around the institutions of insurance, precautionary after-care and the ‘polluter pays’ principle.

But in the nuclear, chemical and biotechnological age, the risks have become so pervasive and so great in magnitude that they are effectively incalculable, individual polluters often unidentifiable, and precautionary after-care rendered meaningless; society is therefore substantively ‘uninsured’.

The vacuum is filled by the dogma of technological infallibility and by the denial and normalisation of risk, which means that every ‘accident’ chips away cumulatively at public confidence in scientific authority and political integrity.

With this in mind it becomes easier to see why the anti-pesticide campaign has grown much faster than the specific scientific evidence against neonicotinoids, and it is not just about an anthropomorphic ‘cute response’ to bees as stripey little creatures.

It draws upon a much deeper public anxiety concerning the ever-increasing risks to human, animal and ecological health associated with techno-scientific ‘progress’, and the capacity and willingness of our political and regulatory institutions to acknowledge and manage these risks in the long-term interests of the public, rather than the short-term interests of powerful corporations and their lobbyists.

As honeybee losses continue at an unsustainable rate, the UK government’s rejection of the precautionary principle suggests that such anxiety is by no means unwarranted. 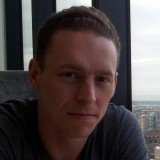 Dr Richie Nimmo is a Lecturer in Sociology at the University of Manchester. He is involved in a new research project looking at bees, humans and their hybrid interrelations and entanglements.