You are here: Home / All posts / The age of data: the death of privacy or its solution?

With increasing details of our lives being stored in digital space, how do we safeguard our data-selves? In this blog, republished from our On Digital Trust publication, Professor Mark Elliot outlines the dilemma between the value of data and the need to protect users’ privacy, and offers a solution to policymakers.

The burgeoning digital economy is evolving at a fantastic pace. Plummeting data processing and storage costs have provided online companies with unprecedented opportunities. At the same time, these parallel developments continue to heighten public concern about online privacy. As more aspects of people’s lives become digital, the protection of privacy continues to vex policymakers of most countries. Whilst companies and governments are becoming increasingly sophisticated in the ways they collect and claim ownership of personal data, the commercial and political value of personal data is increasingly recognised.

In this context, ensuring privacy can seem like using a finger to plug a hole in a dam. Available evidence clearly shows how privacy remains important to citizens of the information society. Internet users, however, also want access to the services and products of the digital economy in a convenient and personalised way. Liberal democracies, such as the UK, are caught between inherently valuing privacy and its fundamental connection with democracy, and perceiving privacy as a barrier to their becoming fully functioning digital economies.

The phenomenon often misnamed ‘big data’ is central to this. Misnamed because the term big data fails to capture the all-encompassing nature of the sociotechnical transformation that is upon us. Many who use the term, qualify it by stating that big data is not just about volume but also other features: that data can be captured, updated and analysed in real time and that it can be linked through multiple data capture points and processes.

However, such characterisations are not sufficient; they still express the notion of data as something we have whereas the reality and scale of the data transformation is that data is now something that we are becoming immersed and embedded in. Our behaviour is increasingly documented and collated. Hence, we are now living in the age of data (a new historical phase that large parts of the global economy has now entered), where each individual is embedded in the data environment.

The problem with existing solutions

Existing solutions for obtaining analytical value from data whilst protecting people’s privacy, are increasingly challenged by this new data environment. Some believe that they simply no longer work. Even the more recent data-centric technical solutions (such as differential privacy) still struggle with the intrinsic tension between the apparently opposing constraints, which can be summarised as: exactly the feature that makes data valuable to analysts and policymakers also makes it risky. Beyond this technical issue lies an even more fundamental problem. Data-focused solutions do not in fact directly tackle the privacy problem. Even the so-called differential privacy is not actually a privacy solution. The cause of this is a critical misunderstanding about the difference between confidentiality and privacy. Privacy concerns people and the control that we each have over ourselves, lives, space and possessions. Privacy is not primarily about data. Confidentiality, on the other hand, is all about the data.

Confidentiality can be viewed as a boundary maintained through various combinations of law, security infrastructure and governance, social norms and practices. When I say, “I am telling you X in confidence”, I am asking you to agree to a confidentiality boundary that surrounds the two of us. When an organisation places information on a secure server, it is doing so in order to prevent unwanted dissemination beyond its boundaries.

Now, breaches of confidentiality may indeed have significant privacy implications and increasingly who has control over digital information about individuals is a matter of privacy. But this privacy concern is simply not addressed by putting in place another confidentiality fix. We need to tackle it directly. Fortunately, the technology to do this is now available. Implementing it, as a society level solution, requires significant policy commitment.

The political will for a new way forward?

To describe it simply, the proposition is this: there should be one source of data for each individual and that is the individual themselves. The concept of personal data stores has been around for a while, and there has been some tinkering around the edges, but the primary problem is the lack of political will for a full implementation.

The implications of such a system are manifold and it is outside the scope of this brief piece to go into all the details, but a few headlines are:

The critical point here is that all of these issues can be dealt with in a way that makes the net effect a positive development over the existing arrangement, which you might regard as a mixture of the Wild West and increasing control, by robber barons. Another model that is being explored, developed and honed by China, is the effective control of information flows by a centralised state.

If we do nothing, then one of these two scenarios – digital anarchy or heavy-handed state control – looks increasingly likely to dominate our political economy. The work needed to deliver our proposed alternative is significant, but the prize is a fully functioning information democracy. What is needed is the political will to explore the ramifications, carry out the required research and development, and invest in the necessary infrastructure. Alongside this, governments need the courage to embrace the opportunity of the democratic data transformation. 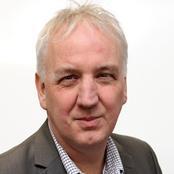 Mark Elliot is Professor of Data Science within the School of Social Sciences at The University of Manchester. His research focuses on confidentiality and privacy and the use of data science and AI.