You are here: Home / All posts / The new GM mayor must address sexual violence

As the polling day for Greater Manchester electing its first ever Metro Mayor approaches, Dr Sarah Darley outlines what the new mayor must do in order to tackle sexual violence across the city region.

A continuous stream of high profile cases of rape, child sexual exploitation and other forms of sexual violence in recent years has brought the extent of these crimes to public attention, which specialist support organisations have been dealing with for decades.

What is usually less publicised about these types of crime, though, is the long lasting psychological and physical effects on survivors. For this reason, survivors of sexual violence require specialist services like Rape Crisis centres, which have decades of experience and knowledge of supporting the multiple and complex psychological and physical issues that can affect survivors.

However, in recent years these services have been put at risk from funding cuts and a commissioning process that has favoured competition over collaboration and short term rather than long term funding.

At the end of last year the Manchester Evening News revealed that reported rapes had doubled in the last two years and the Coffey report highlighted a fivefold increase of child sexual exploitation offences in almost three years in Greater Manchester.

The PCC in Greater Manchester appeared to respond to these worrying figures on reported offences by prioritising funding for services aligned with the criminal justice system; a trend identified throughout the country. However as the Office for National Statistics admits, crime statistics on sexual offences do not provide  ‘a reliable indication of trends in sexual offences’ and figures from the Crime Survey for England and Wales suggest that only 15% of women who have experienced sexual violence choose to report to the police. Greater Manchester Police have built up close relationships with specialist services to increase reporting rates and has been nationally recognised as a model of good practice in terms of support services for survivors. The new mayor should work closely with the police to support this continuous work and be aware that, rather than indicating a rise in sexual offences, increased rates of reporting could reflect an increased confidence in the police as well a general increased awareness.

The need for specialist services

To fully support and meet the needs of survivors who have experienced sexual violence it is recognised that services such as Sexual Assault Referrals Centres (SARCs) and Rape Crisis centres are both vital and need to be adequately funded and supported. One cannot replace the other. SARCs are able to provide forensic medical examinations, follow-up support and advocacy, and are particularly equipped to support survivors of recent attacks and those who choose to report to the police.

In turn, specialist services are particularly experienced in providing long-term practical and psychological support and advocacy to survivors, especially those who, for various reasons, do not wish to report their experience to the police and who require more long term help and support. Figures from Rape Crisis show that two thirds of the women they support are seeking support for sexual violence perpetrated two or more years ago and the vast majority are adult survivors of childhood sexual abuse. These women are often referred to such specialist services from other statutory organisations such as SARCs, Victim Support, Social Workers, GPs, Probation and so on.

Sexual violence often involves serious and crippling trauma, which understandably results in survivors experiencing multiple and complex needs. A one size fits all solution is therefore impossible and inappropriate. Statutory services are not always able to support such needs, whereas specialist services have the knowledge, understanding and skill in this complex area to give the holistic support that survivors desperately need. Specialist sexual violence organisations are also particularly well placed in communities to raise awareness and promote education around sexual violence, which is vital in addressing the root cause. The CPS has also highlighted the importance of challenging the pervasive myths and stereotypes that exist around sexual violence, which create a barrier in achieving justice for survivors.

However, due to the lack of available and accurate information on the prevalence of sexual violence, commissioners across the country have had to rely on police data to assess local need. Devolution in Greater Manchester, and specifically devolved powers over health and social care, offers an opportunity to improve data collection on sexual violence through closer engagement with the health sector.

Improving the availability and quality of data would also help to distinguish sexual violence from domestic violence, as these are two very closely connected but distinct issues. The Spring Budget announced in March by the Government was criticised by women’s organisations for neglecting sexual violence by concentrating solely on domestic violence.

Action to be taken

There is a committed and vibrant charity and voluntary sector in Greater Manchester despite ongoing funding cuts and commissioning pressures. For services in this sector supporting survivors of sexual violence it is vital that organisations are able to work together, to share knowledge and to collaborate rather than be pitted against each other to fight over funding.

Devolution of health services in Greater Manchester offers an opportunity to ensure survivors of sexual violence have access to and are also involved in the provision of specialised needs based services, which will benefit not only survivors but also wider communities, the economy and health services.

Mayoral candidates need to commit to making sexual violence a priority in Greater Manchester by: 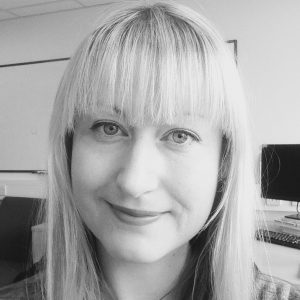 Sarah Darley is a Research Associate in the Health Services Research Centre and Health Management Group at Alliance Manchester Business School. Her research interests include health and social care, the third sector and processes of learning. She is also currently acting Chair of Trustees for Manchester Rape Crisis.