You are here: Home / All posts / Integrating difference and diversity: lessons for arts organisations

To celebrate the launch of the Manchester Urban Institute, and to highlight the expertise of its academics in terms of urban research, MUI have joined up with Policy@Manchester to deliver a series of blogs focused on the Manchester urban area.

Publicly funded arts organisations need to demonstrate that their workforce and programmes are more reflective of social and cultural differences, says Saskia Warren, lecturer in Human Geography at The University of Manchester.

As the row over the lack of black actors nominated at last year’s Oscars showed, the diversity of workers – and audiences – in cultural sectors remains a major challenge across the world.

Across various sectors and mediums, issues around access and equality within the cultural and creative industries are the subject of protest, even as the term diversity itself is unpicked.

Diversity has often been applied across multiple and distinct social variables, and the effectiveness of diversity initiatives – targets for recruitment, access and pathways schemes, dedicated awards and funding – attract derision too.

These kinds of schemes are, it is variously argued, either tokenism, poorly implemented, or even counter-productive in serving to maintain racial – and other – hierarchies. Diversity has been viewed as a white concept and transformation must therefore be both structural and symbolic.

Here in the UK the Department for Culture, Media and Sport recently published a White Paper which looked at precisely these issues. It followed on from Arts Council England’s The Creative Case for Diversity and an additional £10m of investment for the Creative People and Places programme which targets 21 areas with low arts engagement.

But what else has been happening on the ground? Well, last year the Arts and Humanities Research Council (AHRC) hosted a Common Ground festival to shape the agenda for AHRC Commons – an initiative that brings together researchers based at higher education institutions and independent research organisations with businesses such as charities and museums, as well as policymakers.

The festival comprised of a broad range of activities from digital heritage films, theatrical and poetry performances, through to keynotes and debates, and a core objective was to share good practice in research, collaboration, and public engagement.

As part of the festival I programmed a workshop with Anna Goulding from the University of Manchester, Pearl Chesterman from Birmingham Royal Ballet, and Lisa Gillen from the People’s History Museum.

The project highlighted our shared interest in the intersections of cultural education with diversity and difference including ethnicity, race, class, gender and faith.

Curating a series of resources including films, photographs, reports, pamphlets, and badges into a temporary archive, the event also led to a round table forum for sharing stories, with attention on addressing exclusion and power imbalance in research and the arts.

The workshop heard the views of researchers, practitioners and audiences on the work of cultural organisations around diversity, aims for the future, and any barriers to their achievement.

Some of the key points made were that cultural organisations need expert guidance on how to better integrate difference and diversity, and that outreach and education work for developing audiences is often resource heavy.

There was a view that programmes may need to take place in local neighbourhoods instead of city centre venues, and that trained specialists and community intermediaries need to be identified who can facilitate discussion on co-designing projects and training programmes.

It was also felt that there needs to be a wider recognition that diversity is not a kind of ‘add-on’. Instead it should drive a transformation of working practices and power relations, and go to the heart of the ‘brand’ of cultural organisations. 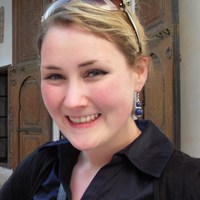 Saskia is a Lecturer in Human Geography. Her primary research interests are the intersections of creative practice, cultural policy and different and diverse communities in cities and the built environment. She has undertaken research and consultancy funded by the Heritage Lottery Fund, Collections Trust, Arts Connect, the Engineering and Physical Sciences Research Council, and the Arts and Humanities Research Council.