You are here: Home / All posts / Will the Mayor help Manchester get what it wants, this time?

Looking forward to next May, when Greater Manchester elects its first Metro Mayor, Stephen Clarke of Resolution Foundation and Professor Ruth Lupton of the University of Manchester’s Inclusive Growth Analysis Unit highlight what they should do to tackle the disparity in living standards.

It’s that time of year when people make lists. From wish lists to Santa to Brexit demands to EU negotiators; lists are a good way to set out what you really want. As a think-tank that seeks to raise living standards for those on moderate incomes and a research institute focused on inclusive growth, our lists will be going to the new ‘Metro Mayors’ that will be elected next May in some of England’s biggest cities. These individuals will play a crucial role in determining people’s living standards as we usher in a bold new era of devolution.

Greater Manchester is among those city-regions going to the polls next year. The region’s mayor will be the most powerful of those elected, with influence over transport, employment, skills, business and health and social care. So what should the mayor do with these powers? New research from the Resolution Foundation highlights three key living standards challenges.

First is geographic inequality. Employment disparities are the largest of any major city – for example, black, Asian and minority ethnic adults are 50 per cent more likely to be in work in Trafford than in Manchester. Research by the Inclusive Growth Analysis Unit shows that nearly all of Greater Manchester’s post-crisis net jobs increase has come in the south of the region. And there is a pay divide too – people working in central Manchester earn £2.81 an hour more than those living there.

When it comes to household incomes – perhaps the best measure of overall living standards – the gap between the richest and poorest neighbourhoods has grown since the financial crisis. Yes, the regeneration and renaissance of Manchester has been impressive but the mayor will need to spread this prosperity, or else it will ring hollow to people and places that have missed out.

Second is housing. Since 2004, housing costs have risen by 26 per cent while incomes have fallen, with housing affordability dropping as a result. Homeownership is down 15 percentage points since 2003 – the largest fall in the country. At the same time we have seen a correspondingly large rise in people moving into the private rented sector where costs are higher and tenures short and often uncertain. The new mayor will need to address this. The Greater Manchester Spatial Framework is a good place to start – providing an opportunity to plan where and how many homes need to be built.

The third challenge relates to economic growth. Before the financial crisis, the Greater Manchester economy outperformed the rest of the country. Yet progress has stalled and output has yet to return to its pre-crisis peak.  Addressing this will need to involve improving the prospects for both high and low skilled workers.

Greater Manchester is good at retaining graduates who attend its universities. But it is less good at offering them high-skilled jobs – the region has far fewer managerial and professional jobs than the national average. The mayor must continue the good work that’s been done in attracting businesses to the region and building up existing firms and clusters.

At the other end of the labour market we expect that by 2020 nearly one in five workers in the region will be paid the minimum wage; there needs to be more support and assistance that improves their chances of progressing in work. Improving how the adult skills budget works and helping firms make the most of the new apprenticeship levy are two areas in which the mayor can extend opportunities to those in danger of being stuck on low pay.

This is not an exhaustive list and much of what determines people’s living standard remains in the hands of central government. Most notably, the increasingly fragmented school system, with Academies responsible to Whitehall, stands in the way of the development of an integrated approach to education and skills from the early years through to adulthood.

Nevertheless, a new focus on geographic disparity, housing and productivity is a good place for the mayor, council leaders and the combined authority to start. If devolution can help raise people’s living standards, the plea from Mancunian rock bands and children at Christmas – Please, Please,  Please, Let Me Get What I Want – may just be answered. 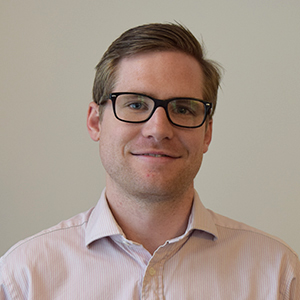 Stephen is a Research & Policy Analyst at the Resolution Foundation. He leads the Foundation’s labour market research. He also publishes on low pay, household income, inflation and trade. Stephen previously worked at the Legatum Institute and Civitas and has an MSc in Public Policy from University College London and a BA (Hons) in Modern History in Politics from St-Anne’s College, Oxford.