You are here: Home / All posts / Filling a youth-shaped gap in the FE White Paper: Reducing inequalities in post-16 progression

The new Further Education (FE) White Paper claims its proposals will transform post-16 education and training in England. It acknowledges that not enough people develop technical skills at Level 3 and above. Yet it has nothing to say about the thousands of young people who do not progress smoothly from GCSEs to Level 3 programmes. In this blog, Professor Ruth Lupton (Manchester Institute of Education), Dr Stephanie Thomson (University of Aberdeen), Professor Lorna Unwin (UCL Institute of Education), and Dr Sanne Velthuis (Work and Equalities Institute) discuss their research on the 40% of young people who do not gain a grade 4/C or higher in their English and maths GCSEs. They examine what options are open to these so-called ‘lower attainers’ and suggest what government at central, regional and local levels can do to reduce inequalities in post-16 progression.

January’s long-awaited, FE White Paper, ‘Skills for Jobs’, claims to “put an end to the illusion that a degree is the only route to success and a good job, and that further and technical education is the second-class option”. It promises “landmark reforms that will transform post-16 education and training, boost skills and get more people into work”.

But ‘Skills for Jobs’ mainly focuses on higher technical education and adult learning. It sidesteps the longstanding weaknesses and inequalities in the way 16-18-year-olds transition from compulsory schooling to further education and training in England. These problems particularly affect young people with lower GCSE attainment who may not gain access to higher technical or academic education or who need to take more steps to get there.

Our new research for the Nuffield Foundation is the first to focus on the achievements and experiences of ‘lower attaining’ young people – the roughly 40% of each GCSE cohort who do not achieve grade 4 or above (formerly A*-C) in both English and maths. We used quantitative and qualitative research to understand their GCSE and equivalent achievements and what happens to them next. We point to the need for system reform to reduce inequalities in post-16 progression.

Lower attainment in English and maths does not equal failure

Our findings demonstrate that it is a mistake to think of ‘lower attainers’ as failures who have not achieved ‘the basics’ or who are leaving school with nothing. Focusing on the 2015 GCSE cohort (whom we could follow through to age 19), we found that over two-fifths (43%) of ‘lower attainers’ achieved a C or above in either English or maths, and 21% had five A*-C grades or equivalents. Even those who gained neither English nor maths at A*-C and had fewer than five higher grade passes tended to have at least five GCSE passes (at any grade). On average, ‘lower attainers’ were also entered for two vocational qualifications.

However, ‘lower attainers’ often feel like failures, partly because of the strong emphasis on English and maths throughout their school careers. They tend to dismiss their other achievements and feel less confident about their futures. On top of this, they need to make complex decisions in the ‘pressure cooker’ atmosphere of Year 11. Compared to higher attaining peers, far more are likely to have to move institution rather than carrying on in their school sixth form.

Barriers to progression include: inconsistent careers information and guidance pre and post-16; the fact that entry requirements are often based on English and maths GCSEs (even when it is not clear why specific grades are needed); and the low availability and poor visibility of apprenticeships. Apprenticeships are not the accessible pathway for ‘lower attainers’ that many people imagine with only 5.8% following this route in the 2015 cohort.

Overall a quarter of ‘lower attainers’ start their post-16 phase at Level 1 or below, considerably more than would be expected given levels of achievement at the end of Key Stage 4. Some change courses (and/or institutions) during the autumn term after the GCSE results are announced, while some fall out of the system altogether. They are much more at risk of not being in employment, education or training (NEET) after GCSEs or having an ‘unknown’ destination – 7.1% versus 0.8% of non-lower attainers. And while many ‘lower attainers’ do build on their achievements in the post-16 phase, 25% did not achieve a Level 2 qualification and around two fifths did not achieve a Level 3 qualification between age 16 and 19.

What needs to change

Our detailed research challenges the assumption that it is simply young people’s attainment in English and maths that holds them back. We point instead to the need for system change. This should include improvements to specific parts of the system, including careers advice and guidance and approaches to entry requirements for courses and apprenticeship. We also argue that there is a need for much stronger local coordination. However, fundamentally, the English system needs to shift from one which is excessively focused on maximising GCSE attainment in English and maths to one which commits to supporting all young people to reach their potential at KS4 and beyond.

England needs to replace its current multiple and unequally resourced post-16 routes with an integrated Upper Secondary Education and Training Phase funded for three years from 16-19. This would bring together the academic and vocational sub-systems (including apprenticeship) into one. It would allow adequate time and resources for education and training providers to design programmes that enable young people to prepare properly for the education and labour market trajectories they decide to pursue. Some individuals would need the whole three-year period and some less. There could be more opportunities to study for GCSEs beyond maths and English, for example, as well as time for work experience and volunteering.

The T Level Transition Programme could be adapted and broadened to enable more young people to experience and prepare for technical education and training pathways including apprenticeships. Young people with the lowest attainment, who often have additional needs, should enter the post-16 phase with a funded support plan.

Post-16 changes also need to be linked up with pre-16 reforms. English and maths are very important. But young people who are not predicted to reach a grade 4/C in these subjects should not have their opportunities excessively narrowed. Curriculum and accountability measures in Key Stage 4 should be changed to promote wider achievement, focus less heavily on English and maths GCSE and support a broader base for post-16 progression. Consideration should be given to extending vocational provision in Key Stage 4 where this builds clear pathways to Level 2 courses post-16.

The ‘Skills for Jobs’ White Paper trails the overdue SEND review and the review of Post-16 study at Level 2 qualifications as the next steps in policy reform. Getting these right is important, but government will need to go much further if it is really serious about achieving the White Paper’s transformative ambitions.

Stephanie Thomson is a Lecturer in the School of Education at the University of Aberdeen. Her research interests focus on inequality and education policy. 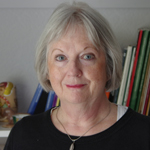 Sanne Velthuis is a Research Associate at The University of Manchester. Her research interests include education, inequality, and low-paid work.