You are here: Home / All posts / Nomination of Mr Juncker – A tentative step forward for European democracy?

David Cameron failed to block Jean Claude Juncker from being nominated by the European Council for the post of European Commission President. Dr. Georgios Papanagnou takes a look at some of the weaknesses in the campaigns by Cameron and the British media.

In the end “this time was not so much different” – Jean Claude Juncker was indeed nominated by the European Council for the post of European Commission President, while David Cameron’s campaign against him was ultimately supported only by Hungarian Prime Minister, Viktor Orban. The recently introduced system of Spitzenkandidaten and the enhanced role of the European Parliament (EP) and European parties in the election of the Head of the EU’s executive were thus confirmed.

Nonetheless, this does not mark a qualitative step forward in the construction of supranational democracy in Europe. Mr. Cameron’s campaign made evident that the final decision firmly lies with the Heads of State (as is in any case foreseen by the Treaty of Lisbon). What is more, EU leaders announced their intention to re-visit (in autumn) the question of how the president of the European Commission should be appointed. Whether this will signal some kind of reversal of the process of Spitzenkandidaten or simply allow the EU to accommodate the UK in some of its anxieties (also other Member States like The Netherlands or Sweden) is too soon to tell. But it is clear that state leaders sent a message. The EP may have seized the opportunity to bolster its capacities and democratic role, but it is they who actually hold the keys to further reform.

So why did Mr. Cameron fail? The defeat of Mr. Cameron is the result of the weak nature of his arguments, and the incompatibility of his underlying agenda with most of mainstream EU politics.

Mr. Cameron’s, and the British media’s, campaign was essentially based on the following points:

1. That Mr. Juncker is an old-fashioned Eurocrat

This is patently wrong[i]. Mr. Juncker as a long standing Prime Minister and Minister of Finance of Luxembourg, and as the first permanent President of the Eurogroup (2005-2013) may be something of an “inside man” in Brussels but this does not make him a “grey” or “smug” Eurocrat[ii].

2. That Mr. Juncker actually lacks a democratic mandate because of: a) low participation in the European elections; b) the fact that a lot of European citizens voted for anti-EU parties and/or about national issues; c) that most Europeans were not aware of who the Spitzenkandidaten were

These arguments do not stand to serious scrutiny. Voter turnout in the last elections was 43.09%,  increasing marginally from 2009. This is indeed low and reversing the situation must be a priority for the EU. Nonetheless, voter turnout is also historically low in the US Presidential elections – Bill Clinton was re-elected with a turnout of 49% (1996) and George W. Bush, in a very controversial election, with a turnout of 50.3% (2000). Critics would not consider these Presidents as lacking democratic legitimacy.

Additionally, for the last three decades Europeans have had the impression that EU elections do not decide much. This has been one of the major reasons for voter disaffection. And this is exactly what the Spitzenkandidaten system aims to alter.

Moreover, the fact remains that MEPs are elected as members of national parties and that these organizations are largely responsible for organizing the EU campaign within their borders – together with national media. Thus, if Europeans do not know who the Spitzenkandidaten are and if EU elections fail to attract voters in Slovakia (13%), the Czech Republic (19.5%), Slovenia (20.96%), Poland (22.7%), Croatia (25.06) and the UK (34.19%), it is because the political class and the media in these countries do a very poor job in highlighting and discussing EU issues. A greater effort to muster pan-EU dialogue via European parties would actually help redress this situation.

Concerning the gains of anti-EU parties and the reasons for voting in EU elections again these are flimsy. No-one would seriously consider the winner of any national elections as lacking democratic legitimacy because a part (even if sizeable) of the electorate voted for anti-systemic parties[iii]. There is democratic space for elected leaders to address popular anxieties but to deny a winner of elections his/her legitimacy on that basis lacks seriousness[iv].

The same holds for the argument that citizens voted for national issues like immigration, social security, unemployment, wages etc. and not for an EC President. All these policy issues have to a good extent a significant EU dimension, especially for the countries of the Eurozone. And the impact of EU-level decisions on such issues will increase in the near future, following the latest round of reforms (Two Pack regulations, Fiscal Compact etc.). Hence, in a more or less explicit fashion, voters indeed decided on EU issues.

3. That going along with the Spitzenkandidaten process would politicize the European Commission

There is the misleading impression that the EC’s regulations and directives are value-free. This might be true for the more technical pieces of legislation and in relation to the Commission’s role as an independent monitoring agency and regulator in the application of EU law. However, this is manifestly false for a wide array of EU decisions initiated by the Commission (from environmental directives, to free trade agreements, the Six-Pack and the Two-Pack regulations etc.). Overall, the EC is the executive of the EU. Maintaining a clear dividing line between an executive and its parliament defeats any kind of democratic logic. Instead, it would make a lot more sense for the EC to outsource its more technocratic functions to independent agencies and assume more clearly its central, political role.

4. That Mr. Juncker is the wrong man for reforming the EC

Critics may have a point here. Mr. Juncker was the least inspiring candidate during the electoral campaign, a man of few good ideas. Hence, one should not expect a lot of “out of the box” thinking in terms of reforming the EU bureaucracy. Does this however mean that he should not be given the job? The answer can only be no. Many national leaders can be said to have been the wrong ones for the job but one could not bar them from office on that basis.

It finally becomes clear that this campaign was not about Mr. Juncker’s legitimacy or general competence but about putting a premature end to an attempt to strengthen the role of the European Parliament, and by extension European federalism. That was undoubtedly Mr. Cameron’s underlying position, and it is a thesis that to some extent is shared by a number of other European leaders. The qualifying word here, however, is “to some extent”. Mr. Cameron and others in the UK represent a maximalist logic in their rejection of EU supranationalism. This maximalism is not shared by other mainstream European governments. While some may be apprehensive about relinquishing further areas of control to the EP and the EC, they are not willing to nip in the bud a mechanism that in principle can help assuage many popular anxieties and enhance the EU’s legitimacy. Democracy in the Union operates at many levels, including the supranational. And that is something that Mr. Cameron was and still is not willing to accept.

[iv] According to a poll carried out by Der Spiegel before the Euro-elections, 78% of Germans believed that the candidate of the biggest bloc in the European Parliament should go on to become President of the Commission.

Also only 13% of Germans were of the opinion that the election of the EC’s President should belong only to the Heads of State as was the case in the past. 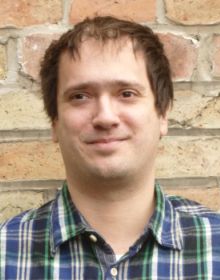