You are here: Home / All posts / Is scrutiny in Wales about to come of age?

Until recently, many people have considered scrutiny in Welsh local government as the ‘poor cousin’ of the local democracy, writes Alan Morris.  It’s had a turbulent few years and some members of the local government community have questioned its value. However, he argues that the recognition of scrutiny’s important role seems to be about to come of age.

Over the last year, the Wales Audit Office has been working with Local Authority Members, the Scrutiny Officer community and others with experience of local democracy to look at how local government scrutiny is taking shape across the 22 councils in Wales. The Wales Audit Office decided to carry out this work because we believe that scrutiny has a very important role to play.

When undertaken effectively, scrutiny can add a lot of value to local government. It can expose officers and executive Members to challenge, scrutinise policies, plans and decisions and form an important part of self-evaluation and performance monitoring. By undertaking these roles scrutiny can strengthen an authority’s governance arrangements.

When we started planning our work we asked the scrutiny community what they thought would most help scrutiny to develop.   The response they gave  us emphasised the need to share and learn from the different and innovative scrutiny approaches at different authorities. However, we must recognise that every authority is configured slightly differently and that a ‘one size fits all’ approach isn’t necessarily going to work. We therefore designed our work based on the principle of adapting what works to meet local circumstances, not the wholesale adoption of practice form elsewhere.

We did not undertake the scrutiny study using the ‘traditional’ audit approach of reviewing individual authorities, arriving at an audit opinion and issuing a report. We felt this study lent itself towards a peer review approach where Members and Officers would share and learn from each other and observe first-hand how other authorities hold their executives to account and support improvement.  It’s the first time we have conducted a study in this format and the feedback on out approach has been very positive.

The timing of the study was also important. We carried out our work during the first year of new council administrations following the Local Government elections of 2012. In some councils up to a third of councillors were newly elected. With so many new faces and people in different roles it felt like a good time to carry out the work. New Members could learn from the Members with many years of experience, but could also bring new ideas and question the way scrutiny had been undertaken in the past.

We also used the study to pilot a set of Characteristics of Good Scrutiny, which were being developed in collaboration with the Welsh Local Government Association and the Centre for Public Scrutiny.  The study provided an opportunity to test and to fine tune the characteristics before they were finalised and rolled out more widely.

There is a strong drive for increased collaboration and joint working within public services in Wales. It’s a way of working that provides opportunities to deliver public services more efficiently and effectively. As well as planning and delivering the scrutiny study in a collaborative way, we tried to use the study as a vehicle to encourage councils to identify opportunities for joint working on scrutiny.

During the course of our work with the scrutiny community it became clear that there was a desire to have an event to share the learning on scrutiny that had emerged during the study. Alongside this the Welsh Government, Welsh Local Government Association and Centre for Public Scrutiny were all proposing to hold scrutiny events.  It therefore made a lot of sense to join together and work collaboratively to develop and stage a scrutiny conference.

The result is the All Wales Scrutiny Conference which will be held on Thursday 28 November 2013 at the SWALEC Stadium.  The aim of the conference is to provide local government officers and Members with:

We aim to achieve this by giving delegates the opportunity to share and learn from each other in a relaxed workshop environment.

We will also ensure that we capture ideas, suggestions and examples on the day and share this information widely online. This is the tried and tested approach of the Wales Audit Office’s Good Practice Team, which develops and runs a series of shared learning seminars , often in collaboration with other organisations such as the WLGA, Chwarae Teg and CIPFA.

We also intend to use social media to encourage discussion and awareness within the Scrutiny community from across Wales before, during and after the conference. The hashtag for use in connection with any tweets sent is #Scrutiny13.

There will be a series of blogs from the Scrutiny Conference partners over the next few weeks. I encourage you to get involved and share your ideas and views on developing effective scrutiny in Wales. 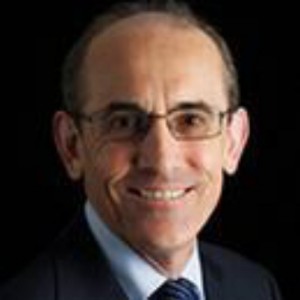 Alan Morris is Group Director at the Wales Audit Office.