You are here: Home / Education / Child of the North: Child mental wellbeing

Children’s mental health and wellbeing was deteriorating prior to COVID-19, but there was significant decline during the pandemic, particularly in the North of England. This blog post covers the collaboration between Professor Pamela Qualter, Professor Matt Sutton, Stephanie Gillibrand, Professor Neil Humphrey and Dr Ola Demkowicz in their study of children’s mental health, originally published in the Child of the North report.

Children’s mental health deteriorated further during the pandemic, particularly in the North of England. Referrals to urgent and emergency crisis care have risen by 80% between April and June 2021 compared to the same period in 2019. There is now an urgent need to ensure that schools and services can provide immediate intervention and continued support to young people.

Widening health inequalities during the pandemic

Trends in the determinants of child mental health

Before COVID-19, evidence highlighted important determinants of child mental health, including parental mental health, family stress levels, loneliness, and sleep quality. During the pandemic, these same determinants posed an even greater threat to mental health, both for children and for parents too. For instance, among parents with school-aged children, 44% felt that the lockdown had caused them and their child to feel significantly more depressed, while 33% felt the same about school closures. In the North the figures were substantially higher, at 55% and 45% respectively.

There was an increase in the prevalence of loneliness during the pandemic, with 43% of children and adolescents in England saying they were ‘often’ or ‘always’ lonely during the first lockdown, compared to 10% pre-pandemic. There were differences in loneliness between the North and the rest of England, with 23% of parents in the North reporting that their child was ‘often’ lonely compared to 15% of parents in the rest of England. Sleep was significantly affected by the pandemic too, worsening children’s mental health. Between 32% and 55% of school aged children and adolescents reported that they were often too worried to sleep during lockdown.

Though there is minimal evidence on ethnic minority children during COVID-19, data both pre- and post-pandemic suggests that they have similar or better mental health than their White British counterparts. The NHS Digital survey of over 3,000 children reports that rates of ‘probable mental disorder’ were lower among the broad ‘Black and minority ethnic’ group than the White group: 8% compared to 19% in July 2020, and 4% compared to 13% in 2017.

Positive effects of the pandemic on mental health

Whether or not children experienced lockdown as negative or positive depended on their family circumstances, their experiences of school, and to some extent their age, gender, and ethnicity. Children aged 7 – 13 years living in Bradford reported higher levels of happiness and lower feelings of sadness during the first lockdown compared to when asked pre-pandemic – the proportion of children describing feeling happy all of the time rose from 36% to 53%, while the number of children feeling sad all of the time reduced from 4% to 1%, and the proportion of children reporting never feeling sad rose from 20% to 25%. Children of Pakistani heritage were more likely to report feeling sad less often during the pandemic compared to White British children, whereas boys had a greater likelihood than girls of feeling sad more often.

Mental health support for children and adolescents during the pandemic

In terms of demand for mental health support, CAMHS (Child and Adolescent Mental Health Services) reported reduced referrals during lockdown, but there has been a rapid surge since schools re-opened in September 2020. Moreover, NHS Digital reported that half of those concerned about mental health with a probable disorder delayed seeking help during the pandemic, generally due to changes in CAMHS working practices and disruption to schooling.

Long term monitoring of the mental health impact of the pandemic, for both children and parents, is needed, alongside improved NHS Specialist Services for Children and Adolescent Mental Health. Young people and their parents and carers must know where and how they can find support, with better resource allocation to those areas and groups of greatest need. Meanwhile, education leaders and policymakers must make wellbeing a priority in school catch-up planning, and commit to the implementation of mental health support teams across England.

The main objective moving forward should be to reverse the trend of increasing mental ill-health that predates the COVID-19 pandemic. This will require a public mental health approach that includes a focus on early detection and prevention – with assurance that those who need these services most are able to access them.

This is an adaptation of “Chapter 4: Child mental wellbeing”, from the NHSA and N8’s Child of the North report. The original article was co-authored with academic colleagues from the Universities of Oxford, Imperial College London, Durham, York, Sheffield, and Leeds.

Pamela Qualter is Professor of Psychology for Education at The University of Manchester. Her research explores child and adolescent peer relationships, including their experiences of loneliness and its impact on mental and physical health and social functioning. 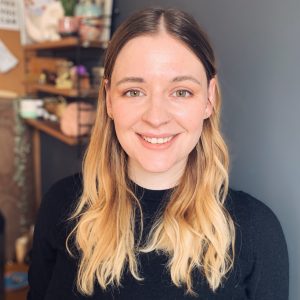 Dr Ola Demkowicz is a Lecturer in Psychology of Education in the Manchester Institute of Education. Ola’s research focuses on adolescent mental health, risk and resilience, and gendered experiences of mental health, and she has a professional background working with vulnerable children and their families. 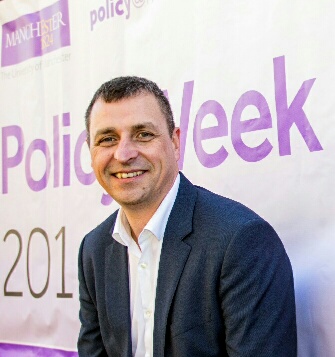 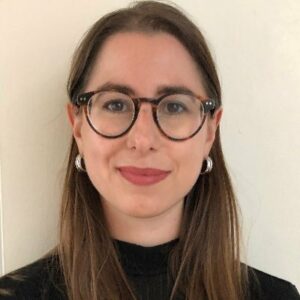 Stephanie Gillibrand is a Research Associate at The University of Manchester, where her work explores inequalities during the COVID-19 pandemic.