You are here: Home / Health and Care / Too close to the sun: The health benefits and economic case for banning sunbeds

Melanoma skin cancers are the UK’s fifth most common cancer, causing over 2,000 deaths each year. Over 85% of cases are preventable, with excessive exposure to ultraviolet light the most common cause, including the ultraviolet light used in sunbeds. The cancer risk from sunbeds is well known, but a new study has outlined the stark health and economic benefits of banning their commercial use. In this blog, Professor Katherine Payne, Professor Paul Lorigan, and Professor Adele Green outline the findings of their research and how policymakers at local and national levels can act.

It is well established that sunbed use is associated with a high risk of developing skin cancers. The WHO has declared indoor tanning a Class 1 carcinogen (a confirmed cause of cancer in humans), in the same category as asbestos and tobacco. Sunbed users risk developing melanoma, the most serious form of skin cancer, as well as well as keratinocyte skin cancers (squamous cell cancer and basal cell cancer), which are typically less life-threatening but far more common than the melanoma.

Why do people use sunbeds – and what are the effects?

Our research shows that there are several main reasons that people use sunbeds, ranging from psychological benefits to perceived physical effects, such as creating a ‘base tan’ to prevent sun damage while holidaying. The tanning industry has fuelled misinformation such as claiming sunbeds boost Vitamin D production, or that the ultraviolet (UV) radiation from sunbeds is otherwise beneficial. These claims are not supported by the scientific literature. For example, sunbeds only boost Vitamin D levels when the user is exposed to UV-B, which is also the main frequency of ultraviolet radiation that causes cancer,

Conversely, there is a vast body of research which shows that sunbed use is harmful,  can be directly attributed to the development of melanoma and other skin cancers, and also lead to premature skin ageing and the risk of developing cataracts.

Where the desired outcome is to get a tan, alternatives to sunbeds are available, such as fake tans, tinted sunscreens, and tanning moisturisers. However, our research shows that users of sunbeds objected to these options on cosmetic, financial, and health grounds. This highlights a need for better education and messaging on the health risks of sunbeds. The perceived psychological benefits in terms of body image and mental health are part of a more complex socio-political issue and will require action across Government and wider society.

What are the costs and health benefits of policy intervention?

We have recently conducted a cost-effectiveness analysis of a policy intervention to reduce the risk of skin cancers associated with indoor tanning. We designed a mathematical model to simulate the effect of introducing a ban on commercial sunbeds supported by a £1m public health campaign aimed at 18 year-olds. Our findings are striking; evening using conservative estimates, a ban on sunbeds, combined with a public information campaign, would result in more than 1,000 fewer cases of melanoma, and prevent over 200 deaths among 18 year-olds living in England. It would also avert nearly 4,000 cases of other skin cancers over the lifetime of the same group, add 497 quality life years, and result in nearly £700,000 in savings for the NHS.

To enable a focussed and robust analysis, we limited our study to the impact on a cohort of 18-year olds, and followed them over their lifetime. Clearly, there would also be benefits to older sunbed users as well, and the benefits would increase for every new cohort of 18 year olds not exposed. Evidence from Australia demonstrates additional positive potential effects of banning sunbeds on productivity, alongside the savings in treatment and care costs (see below).

What are we proposing?

In England, sunbed use is highest in the North West, particularly around Liverpool and Greater Manchester. These would be ideal locations to trial a public health campaign together with a ban on sunbeds aimed at reducing melanoma and other skin cancers, with a focus on younger age groups. The Greater Manchester Combined Authority (GMCA), with its control over devolved health spending across the region, is well-placed to carry out such a campaign, and could serve as a model for other combined authorities which are negotiating similar control over their health and social care budgets.

Greater Manchester could also be used to trial a ‘buy-back’ scheme, whereby sunbed operators are compensated for the removal of their units ahead of a total ban. One estimate of this cost is between £0.5 and £2.7 million, depending on the cost per unit and other factors. This would account for between 0.008 and 0.05% of the region’s £6 billion health and social care budget.

Regional-level approaches to reducing skin cancer burdens through banning commercial indoor tanning could serve as pilot schemes for wider national programmes. The Greater Manchester region already has strong experience in this area, having trialled the Lung Health Checks now being rolled out across England.

At a national level, policymakers should press for a total ban on commercial sunbed use. Further consideration should also be given to either banning or restricting the sale of sunbeds and other UV-based tanning equipment for private use, including compelling retailers to display prominent health warnings, as is currently done with cigarettes and other tobacco products.

A buy-back scheme across England could cost between £10.9 and £54 million, depending on the amount of compensation offered and the number of sunbeds in operation. This could form part of the Government’s 10 Year War on Cancer, given that melanoma skin cancer is the UK’s 5th most common cancer. Taking action on sunbed use will help to lower these numbers, notwithstanding the additional effects on more common skin cancers, which are not included due to underreporting.

In Australia, individual states began banning sunbed use in 2008, followed by a national ban in 2016. The subsequent years have seen interest in sunbeds decrease in Australia, and the ban is expected to avert nearly half a million skin cancers and generate over AU$550 million in healthcare savings and productivity gains. Alongside Australia, Brazil and Iran have also implemented total bans on commercial sunbed use, and many other countries are looking at tighter legislative measures.

The UK Government has rightly identified cancer as a national health priority. A ban on sunbeds will not only help to meet the goals of reducing cancer incidence, but will also have significant and positive economic effects. There is no reason not to act, by banning this harmful practice and safeguarding lives across the country.

Dr Martin Eden, a research fellow at The University of Manchester, also contributed to this blog, and was the first author of the paper Cost-effectiveness of a policy-based intervention to reduce melanoma and other skin cancers associated with indoor tanning. 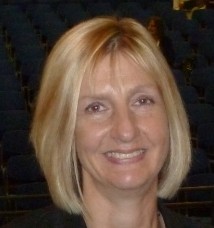 Katherine is a Professor of Health Economics with over 27 years experience as an academic health economist working on the evaluation and valuation of healthcare programmes. She is interested in the use of economic evidence to inform decision-making and the more effective use of healthcare budgets. She has experience as a member of a NICE Technology Appraisal Committee. She also has experience of working with national and international funding panels to prioritise research for funding. She leads the Manchester Centre for Health Economics at The University of Manchester, and is involved with numerous research projects.

Paul Lorigan is Professor of Medical Oncology at The University of Manchester and The Christie NHS Foundation Trust. His main interest is the research and treatment of melanoma. He leads a research based team spanning basic, translational, and clinical research. He is Chair of the European Organisation for Research and Treatment of Cancer (EORTC) Melanoma Group, and previous chair of Melanoma Focus.

Adèle Green is Honorary Senior Scientist at the QIMR Berghofer Institute of Medical Research, and Honorary Professor, The University of Manchester. She trained in medicine, and her research career has focused on the causes, treatment, and prevention of cancer, especially melanoma and other skin cancer. She is a Fellow of the Australian Academy of Science and Academy of Health & Medical Sciences, and a member of the Research Advisory Council of the Australian Government’s Radiation Protection and Nuclear Safety Agency.