You are here: Home / Featured / Will new wave bring a tide of progress for public health?

Public health has benefited from four waves of activity. Dr Julia Segar asks what the fifth wave will bring.

It is sometimes said that progress comes in waves, with the fifth wave representing a tide of change that cannot be resisted. But it is as yet unclear if this principle will apply in public health, where that fifth wave is keenly awaited.

The idea of waves in public health was set out by Hanlon et al, who described four distinct but overlapping waves of activity in the field. They demonstrate how in Britain, waves of public health activity peaked and troughed in response to social and economic factors.

The first wave of public health spanned much of the 19th Century from 1830, responding to poor sanitation and dire living conditions. Understanding the links between these conditions and high levels of disease led to improvements in health through the provision of clean water, safe sewage disposal and other public works.

A second wave rolled in over the first half of the 20th Century, characterised by strides in understanding in science and medicine. The germ theory of medicine and concomitant development of vaccines and antibiotics exemplified this wave.

Hanlon and others link the third wave to changes in philosophical and ideological outlook following the Second World War, where differences in class and differences in health were understood as clearly linked. The public health responses included the formation of the NHS and the welfare state.

The fourth wave witnessed a change in the nature of public health problems as the second half of the 20th Century saw the rise of post-industrial society and dramatic increases in life expectancy. The focus in public health turned to diseases associated with lifestyle related activity such as smoking and alcohol consumption. Hanlon et al argue that the fourth wave brought an increased concern with, and understanding of, the way in which social inequalities have an impact on health.

What will the fifth wave of public health look like? Hanlon and fellow authors tentatively suggest it could be related to the current obesity crisis point – in which case the next wave will need to travel against the current.

Our present social and commercial situation has created an ‘obesogenic’ environment.  This is an environment in which we live increasingly sedentary lifestyles simultaneously surrounded by cheap, easily available, high calorie food and drink, which we are constantly exhorted to consume by a variety of media. We are surrounded by systemic incentives that work against our health.

A change in this environment requires changes in the food industry: how it is regulated and marketed, changes in our infrastructure and transport systems, and, as Hanlon et al point out, this requires “an entirely new mindset”. It also requires political will and political action.

At a recent conference on the Social Determinants of Health, the subject of the fifth wave in public health was raised and discussed.

Dame Sally Davies, Chief Medical Officer, began the conference by suggesting that the fifth wave concerns social engagement. She proposed developing a ‘culture for health’, recommending incentives for healthy behaviour, while simultaneously minimising incentives for unhealthy behaviour. The issue of altering environments through the strategic use of ‘nudge’ was raised at various points in the conference.

This idea of encouraging individuals to make healthier choices and so change social behaviours is controversial and understood in different ways. The notion that consumer choice can be shifted by changing the ‘choice architecture’ (popularised by Thaler and Sunstein) is evident in the Department of Health’s Public Health Responsibility Deal.

The Responsibility Deal invites organisations from manufacturers, retail chains, to individual take-away outlets and employers to sign up voluntarily to a number of pledges. These include commitments to reduce salt content in processed foods and take-aways, reduce food portion sizes and encourage responsible alcohol consumption.

Dame Sally gave delegates food for thought when recounting Asda’s voluntary commitment to the Responsibility Deal. The supermarket chain made a voluntary commitment to remove, large eye-catching promotions of alcohol from the foyers of their stores. This ‘nudging’ of customers away from alcohol promotions proved very successful, but Asda was alone in making this voluntary pledge: none of its retail chain competitors followed suit.

The result was that Asda, losing market share, decided to revert to foyer promotions of alcohol over busy periods such as Easter and Christmas. Asda called for government regulationto create a fairer way for all retailers to market alcohol responsibly.

Debate at the conference also concerned what a ‘culture for health’ means and whose responsibility it is to create environments that enable healthy choices. Now that public health has moved from the NHS into local government, hopes are high that those working in public health will be enabled to work across health and social care. Local government, it is hoped, will provide the place where the health of the public can be understood holistically and where action across sectors can be integrated.

It was sobering, therefore, to learn from one of the directors of public health at the conference about the difficulties – political, practical and legal – in attempting to curb licensing liquor outlets in her borough. Licenses bring business and money into an area, local government is peopled with elected office holders who have an eye to the next election, justifying the refusal of individual licenses is difficult – how do you demonstrate that one more alcohol outlet will damage the local population’s health?

Public health’s fifth wave could be crucial – but this is a wave likely to be strongly resisted. 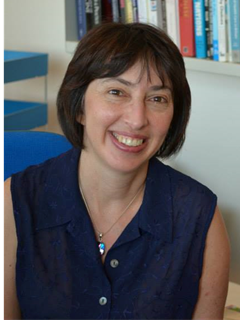