In many ways, Andrew Adonis has eloquently argued the case for the voting age to be lowered to 16. But his assertion that the ‘time has come’ simply doesn’t stand up to scrutiny, argues Prof Andrew Russell.

Adonis eloquently told the story of taking a group of young people to see the stage version of 12 Angry Men. Most of them knew little of the jury process and were completely disengaged from the political process.

In his address, Adonis became, I suspect, the first person in public life to conclude that he would be in favour of 16 year old jurors. I can’t agree, and his argument was rather dilute, but he deserves credit for advocating a courageous policy.

He continued with characteristic panache, touching upon topics such as citizenship and differential turnout. And then it all went wrong; “lowering the voting age is an idea whose time has come” he asserted.

This argument is almost entirely mistaken – and evidence of social changes in the UK reveals the illusion of the thesis.

The key phrase in the Adonis talk was: “Given that 16 year olds are judged old enough to leave home, to marry, to lead an independent life, and even join the Army, it is hard to argue in the modern age that they shouldn’t also have the vote.”

But each of these claims is problematic. In truth evidence from the modern age makes it harder to argue that the franchise should be given to 16-17 year olds than at any time in the last half century.

Leaving Home: Far fewer 16-17 year olds leave home nowadays than you might imagine. The ONS reports that in 2012 more than 90% of 16-17 year olds lived with their parents and were staying at home for longer than previous generations did. Far from 16 being the age when we begin to lead independent lives, only someone aged 18 or over can hold a tenancy – meaning that those under 16 are dependent on others for housing needs.

Education: Leaving school is a sign of living an independent life. The bad news for the Votes@16 lobby is that few pupils left at 16 and they are no longer allowed to do so. And according to official figures, 92% of 16-17 year-olds now stay on.

The 2013 law in England, whichraised the participation age means that young people will have to stay in education or training tied to formal educational qualifications until aged 18.

Taxation: Another facet of living an independent life might be contributing to society in the form of taxation. But our research for the Electoral Commission found that in 2001 relatively high tax thresholds and poor youth wages meant that only around 9% of 16-17 year olds actually earned enough to qualify to pay income tax. Raising the participation (school-leaving) age will reduce the proportion of economically-active and tax-paying young people further.

Moreover the proportion of 16-17 year olds marrying in the UK has fallen dramatically in the past five decades. ONS statistics show that in 2009 there were just 18 men and 88 women getting married at age 16.

As for the Armed Forces, the UK’s signature on the Protocol of the UN Convention of the Human Rights of the Child means that 16-17 year olds are kept out of active service. The argument that young people can fight and die for their country before they can vote in the UK is untrue.

Other protections: these are far from the only examples of the state affording special protection to people under 18. The Law Lords judgment in the case of G. vs Southwark in 2009 confirmed that local authorities had a responsibility to provide shelter to under-18s presenting as homeless. This protection is afforded precisely because 16-17 year olds are not yet recognized as full citizens. Enfranchising them might jeopardise such protection.

In recent years the UK has legislated so that the age at which one can legally buy tobacco, fireworks, have a tattoo, or visit a tanning booth has been raised to 18. Again, increased age thresholds have been introduced because of the need to protect young people before a recognised age of adulthood.

A rebuttal of Adonis’ use of the offensive line that opposition to enfranchising 16-17 year olds is equivalent to historical objections to female suffrage, and his reiteration of the birthday lottery argument, will have to wait.

I will also return in the future to why lowering the voting age is detrimental to youth engagement in another post. But focusing on the “time has come” claim reveals no support for the policy’s starting point.

Young people are routinely let down by politics not least because politicians often make false claims. Everyone owes them the service of at least being accurate about policy recommendations – and “time has come” simply fails this test. 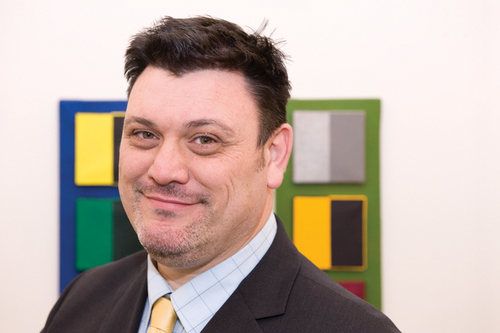 Prof Andrew Russell is Head of Politics at the University of Manchester and a seasoned political pundit, making regular contributions to newspapers and television programmes. He has a specific interest in British Liberal Democrats and young people, and has been in Mozambique as an election observer.