While many lesbians and gay men welcome the option of a same sex marriage, Prof Brian Heaphy warns this should not mean marginalising other non-traditional relationships.

Same sex marriage has been introduced while many are still celebrating the tenth anniversary of Civil Partnership.

There had been surprise that a Conservative-led government oversaw the legalisation of same sex marriage. But given the neo-liberal ideals behind the current government’s economic and social policies, this is not so startling.

Extending marriage and its recognition of rights and responsibilities fits with the general effort to offload the state’s responsibilities for ‘dependents’ onto families and communities. It also provides the gloss of a modernised Conservative party committed to fairness, if not equality.

By the time Civil Partnership was introduced, the traditional concept of marriage had long been in decline. Partners generally cohabited before they married, they may or may not have had children and many would be remarrying. Marriage sat alongside other ways to organise adult relationships – cohabitation, serial relationships and ‘living together apart’.

The definition of marriage became so extended that the term ‘informal marriage’ was sometimes used to include cohabiting and committed couples. By the time Civil Partnership came into law ‘marriage’ could, notionally at least, refer to all manner of committed couple relationships. It was only a matter of time before same sex couples were included within the description and sought formal recognition of the status.

Despite this, research carried out in the 1990s suggested many lesbians and gay men were ambivalent. In a study of lesbians and gay men conducted by Jeffrey Weeks, Catherine Donovan and myself, participants tended to emphasise the difference between their relationships and heterosexual married ones. Their relationships did not necessarily prioritise legal or ‘blood’ ties (except for children) over friendship bonds. Practices of emotional and sexual intimacy did not necessarily prioritise ‘the couple’ and monogamy. Relationships were often underpinned by a feminist and/or sexual liberationist egalitarian ethos.

So where did the push for recognition of couple and marriage ‘rights’ come from? Some argue that it reflected the economic and social interests of lesbian and gay political elites. Others said that it represented the grassroots desires of ‘ordinary’ lesbians and gay men (as distinct from those who are politically radical). These are not incompatible arguments. By the mid-2000s, marriage became the focus of lesbian and gay politics and the desires of many ‘ordinary’ lesbians and gay men.

In our recent book Same-Sex Marriages: New Generations, New Relationships, Carol Smart, Anna Einarsdottir and I highlight how ‘ordinariness’ emerged as a strong theme in younger same-sex couples’ civil partnerships. (‘Younger’ means aged under 35 when the relationship was formalised.)

The ESRC funded research was undertaken five to seven years after Civil Partnership had been introduced and before the present government’s plan to introduce same sex marriage was announced. Most partners we studied viewed their relationships as ‘ordinary marriages’.

They were thought to be based on the same values as contemporary heterosexual marriages – enduring, loving, honest, equal and stable commitments – and the same kind of relating practices – mutual care, emotional and sexual monogamy, negotiated domestic and financial lives, and creating time to be together.

Our participants subscribed to a commonly held set of beliefs: that marriage has become a democratic institution – where women and men (and since Civil Partnership, woman and women and men and men) meet as equals. This is the dominant story about marriage in the era of same sex marriage. Arguably, it encourages women and men to see marriage as a free choice that enables a couple relationship – or couple-centred family – to have access to benefits still provided by the state without gender and sexual inequalities.

The lure of this for same sex couples – historically excluded from the support and advantages afforded to heterosexuals by legal and social recognition – is a powerful one. As well as the protection of parenting arrangements, survivor pensions and inheritance, the partners we studied emphasised how getting ‘married’ provided an enhanced sense of personal security and stability and of social, familial and community inclusion.

The introduction of same sex marriage in the UK will, no doubt, strengthen the notion that marriage has transformed into a democratic, freely chosen and open institution, rather than a patriarchal relic of a less secular past.

There are many forms of relationships that come with diminished access to intimate or relational ‘rights’ – cohabitation, friendships, elective families and polyamorous relationships. While notions of democratic heterosexual relationships and marriages have appeared in many conceptual guises throughout the latter half of the 20th century, they have been thoroughly dismantled by feminist and critical sexuality analysts.

In the rush to celebrate same sex marriage we should not embrace a progressivist view of the contemporary that consigns the critical insights of previous generations to the past. This risks subscribing to a diminished and constrained sense of relational possibilities and how these might be legally and socially supported. 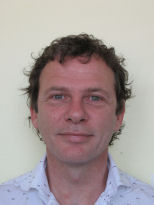 Professor of Sociology at the University of Manchester and a member of The Morgan Centre for the Study of Relationships and Personal Life.