You are here: Home / Featured / Iran talks end in failure but France is not the only culprit

Frenzied negotiations in Geneva on the future of Iran’s nuclear programme have come to nothing despite early hopes for progress. Fingers are pointing at France for the failure of the talks but that may not be entirely fair, writes Dr Siavush Randjbar-Daemi.

The Geneva meeting began as a preplanned, routine get together for senior diplomats from the 5+1 group, the EU’s foreign policy chief Catherine Ashton and the Iranian delegation led by foreign minister Javad Zarif. But it soon turned into a high-profile and frenetic bout of quick-shot diplomacy.

John Kerry made a sudden detour from his trip to the Middle East to attend the talks, so everyone except China was represented. Foreign ministers huddled in the quaint rooms of the Intercontinental Hotel, a key thoroughfare of high-profile diplomacy in Geneva, to hammer out the first deal in a decade concerning the Iranian nuclear programme. The rapid, unscripted arrival of these ministers suggested that there was finally light at the end of the long tunnel in which the Iranian nuclear dossier had languished since 2005.

A weary-eyed Ashton and Zarif emerged at 1am on Saturday, to confirm to journalists what Laurent Fabius, the French foreign minister, had leaked almost as soon as the doors of the negotiating room had opened: there was no deal on the night, but the sides were close.

In the days that followed, observers of all stripes, including many elements of the Iranian political system, united in condemning the attitude of the French government at the talks. Many saw the country’s stance as the factor which stymied progress towards a deal, particularly given Fabius’s decision to hold firm on concerns surrounding the Arak heavy water reactor.

Iran intends to finish construction on the reactor by next year and will then have access to a by-product, plutonium, which is one of the ingredients needed for a nuclear weapon. In what appears to be outright opposition to the construction, Fabius is aligning his government with Israel and the Arab monarchies of the Persian Gulf, which have long been nervous of the Iranian nuclear programme.

Hundreds of Iranians instantly took to Fabius’s Facebook page to express their anger over his perceived role in the failure to reach a deal in Geneva. Although not by design, he had succeeded in uniting the politicians and public of Iran against a common enemy – the French government. Two consequences of this were a much-needed boost for Zarif, who has been under considerable pressure at home, and a surprising exoneration for the US, which so often gets blamed for bad relations with Iran.

In addition to angering Iranians, the French government is likely to face pressure from big business over its position. Peugeot and Renault are still smarting after being forced to drop from lucrative partnerships with Iranian automakers and Total sent a high-ranking official to Tehran a few weeks ago. This was to open preliminary talks in the hope that the EU’s ban on the Iranian petroleum industry will soon be rescinded.

Although France evidently played a part in the failure of the Geneva talks, it is perhaps unfair to turn it into the scapegoat. The words of John Kerry in Abu Dhabi yesterday should also be a worry for proponents of a 5+1 deal. The US secretary of state spoke of the “unity” of the group of nations as the talks entered their final phase on Saturday and of Iran “not accepting” the 5+1’s proposals.

Kerry was probably referring to the unsolved matter of the extent to which Iran will be allowed, under the terms of the deal in preparation, to continue enriching uranium. The 5+1 has yet to formally detach itself from the mantra that has governed its attitude for the past eight years – the need for Iran to wholly suspend its enrichment of uranium during the first phase of talks. While the Islamic republic appears willing to set aside its production of 20%-enriched uranium, it also seems adamant that it will proceed with the production of 3.5% low-enriched uranium.

Zarif and president Hassan Rouhani’s insistence on the respect of Iran’s “nuclear red lines”, the most prominent of which is the continued production of enriched uranium, are yet another obstacle to be tackled. Also lacking in the IAEA-Iran accord is any mention of contested military sites, such as Parchin, to which the agency has long sought access.

Despite all this, it’s not necessarily downhill from here. All sides have talked about major progress being made and Yukiya Amano, the IAEA chief, has finally visited Tehran and signed an agreement on “managed access” to the Arak plant.

It appears that the French government, isolated within the 5+1 and under pressure by its major national corporations, can at best delay the tentative deal which has been prepared by the other parties.

And finally, the unprecedented body language emerging from the Geneva sessions and the dozen hours in which Kerry and Zarif conversed – far more than than any government encounter between Iran and the USA in the past three decades – were important. They suggest that last weekend’s events were ultimately a step forward towards that elusive and very preliminary initial deal on the Iranian nuclear programme. 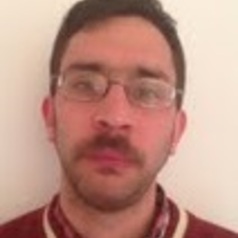 Dr Siavush Randjbar-Daemi is a Lecturer in Contemporary Middle East and Iran at The University of Manchester.