You are here: Home / Featured / As BAE cuts jobs, is a strong defence sector really needed?

The announcement that defence company BAE Systems is to cut 1,775 jobs at its naval warship yards in Portsmouth and in Scotland will come as a huge blow to those workers, their families and their local communities. But, writes Andrew James, it also prompts questions about the nature of the defence industry in the United Kingdom, such as does the UK need a strong defence industry – and does the sector deserve special treatment?

The defence industry divides opinion. To some, it is a manufacturing success story, supporting thousands of engineering jobs and contributing to much needed high tech exports. To others, it is the immoral playground of “the merchants of death”, manufacturing the means of war and making profit out of bloodshed.

Certainly, the UK has long stood out from many other developed economies because of the scale and scope of its defence industry. The industry directly employs 155,000 people in the UK with a turnover of more than £20 billion and is the number one exporter of defence equipment and services in Europe, second only to the US worldwide.

The market for complex weapon systems such as warships, fighter aircraft and their like is peculiar. This is a rare example of a “monopsonistic market”, a market with a single national customer: the Ministry of Defence (MoD).

Consequently, what the MoD decides to buy or not to buy sets demand in the national market, determines the structure of the defence industry and the character of the products (weapons) that it produces. Ultimately, the reason why BAE Systems announced job losses this week is that there is insufficient demand from its main customer, the MoD.

At the same time, the MoD’s design decisions (as well as the export licenses it is willing to issue) determine the exportability of UK weapons. Indeed, some argue that designing specifically to the requirements of the Royal Navy has made it difficult, almost impossible, for BAE Systems to export many of its naval warships; the designs are simply too sophisticated, too UK-centric and too expensive for the needs of many foreign navies.

In many sectors of the defence market, the MoD as a monopsonist (single buyer) faces a monopoly supplier. This applies in the case of naval warships as well as many types of military aircraft and armoured vehicles and effective monopolies also exist in sectors such as helicopters and guided missiles.

The existence of monopoly suppliers is a conscious decision of the MoD: the economics of the defence industry have led to the conclusion that the UK cannot sustain more than one supplier in these sectors.

Why sustain a UK defence industry at all? The core argument is that UK security requires an assured supply of weapons in times of war. It is argued that depending on suppliers located overseas –- even when they are a close ally -– leaves the UK vulnerable to outside influences on where and when it can deploy force.

There are some areas –- the nuclear deterrent being the most striking –- where the UK has long been dependent on foreign supply (from the US). In others, like military aircraft and guided weapons, the UK has entered into European or transatlantic industrial alliances. Much of the UK defence industry is now owned by French, Italian or American defence industry multinationals, just as BAE Systems is now one of the biggest defence contractors in the US.

However, although the industry is now more international in ownership and organisation, “security of supply” considerations mean the MoD insists that key work –- and key workers –- are located in the UK.

Another argument used by industry and the government to sustain the defence sector is its contribution to UK manufacturing exports. The coalition’s efforts at “rebalancing” the UK economy back towards manufacturing have seen renewed efforts to sell British arms abroad and a recently-established “Defence Growth Partnership”, that’s strap line is “Government and industry working together: a fresh and ambitious approach to build a strong future for the UK defence sector”.

The morality of selling weapons to countries with questionable political credentials has long been a subject of debate. The costs and benefits of defence exports have also been questioned by economists. One well-known study suggested that the costs of reduced exports would be relatively small, and that arguments in support of defence exports should focus on non-economic considerations (such as their contribution to UK influence and sustaining defence technological capabilities).

A further argument that has traditionally been deployed in support of the UK defence industry is that spending on defence science and technology acts as a stimulus to the wider economy. Again, the extent to which defence procurement stimulates innovation in the wider economy is a highly contested – yet surprisingly under-researched – issue. The experience of the United States during the Cold War does not necessarily translate to impacts on the UK today.

Certainly, the UK defence industry has significant capabilities in certain technologies and is an important source of skilled labour, but the “spin-offs” from defence spending appear to be increasingly limited. These days the defence industry is more concerned about accessing technology from other more dynamic (civilian) sectors.

There are significant challenges ahead for the government and the defence industry. Austerity and the withdrawal from Afghanistan means that defence budgets in Europe and the US are being squeezed, and there are few new large defence programmes on the horizon.

Export markets are becoming even more competitive as arms suppliers from Europe and the US turn abroad to sustain themselves. At the same time, new threats and new technologies – not least in cyberspace – are making traditional defence industrial capabilities redundant, and may open up the market to a new breed of security companies.

Ultimately, for so long as the UK has armed forces they will require reliable and high quality equipment. The UK defence sector may shrink and may shift its emphasis towards a broader concept of security but it won’t go away – and that is likely to mean more difficult decisions for government and industry in the years ahead. 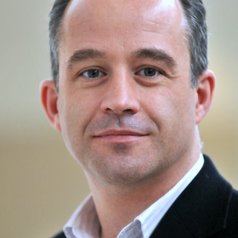 Andrew James is a Senior Lecturer in Science and Technology Policy and Management and a member of the Manchester Institute of Innovation and Research at MBS. His research and teaching interests focus on corporate technology strategy, innovation management and science and technology policy, as well as business strategy.