You are here: Home / Education / The Long-Term Policy Failures in Education – The Northern Powerhouse and a Fairer Start

White pupils who are eligible for free school meals, and particularly boys, have the lowest results. This does not mean that all these children fail; it means that on average they are not as successful. These inequalities are evident across all income groups. There is also evidence that socioeconomic background is one of the determinants of students choosing science, technology and engineering subjects.

‘School readiness’ is an official teacher based measure of how well prepared young children aged 4 and 5 years old are to begin Year 1. Reception age children are assessed against seventeen Early Learning Goals including literacy, maths, listening skills and making friends. In 2017, girls had higher levels of ‘school readiness’ than boys (77% compared to 62%).

There are also substantial differences between and within local authorities. The percentage of children achieving a ‘good’ level of development varied from 61% in Halton (Liverpool) to 79% in Lewisham. Many areas across the North have low levels of ‘school readiness’ including Middlesbrough, Oldham, Rochdale, Leeds, Hull and Blackburn. Across Greater Manchester 68% of children were assessed as being ‘school ready’ and this varied from 64% in Oldham to 73% in Trafford.

There are also considerable differences between areas in the level of ‘school readiness’ of pupils claiming free school meals, by ethnicity and for those with special educational needs. The assessments are made during the school year and so a child’s development before and during this year, including at home, are important factors.

A range of measures have been put in place to support children from low income families, including the Poverty Premium which can be spent by a school on additional learning support. The challenges facing teachers are considerable.

Recently, one teacher we know has swapped their teaching career to become a delivery driver because of the impact teaching was having on their health! They are not alone. As has been highlighted by the Public Accounts Committee there is a crisis in teacher recruitment and retention with many unfilled vacancies.

Government research has highlighted the crucial role of parents in supporting a child’s learning. This can be as simple as talking about the subjects being studied, encouraging reading, helping with basic maths as well as visiting their child’s school and giving up their time and sharing skills. The wider community around a school needs to be engaged for a school to be successful.

The lack of social mobility and therefore role models in the UK is also a factor. Research by the government’s Social Mobility Commission has highlighted how children from mainstream state schools are much less likely to have senior jobs in professions such as the law, the civil service, medicine, the media and politics.

In the 19th Century so-called Ragged Schools funded by philanthropists provided education to the poorest children before there was any state funded education. They also provided food, clothing, clogs and occasional trips to the seaside. Some of the buildings are still standing as a haunting reminder of the inequalities that exist today. The UK is well down the international league tables for exam results and also has low levels of happiness amongst children.

Overall, the evidence highlights the importance of the role of parents, families, schools, teachers and local communities in addressing the inequalities in education in order to give children the best chance to overcome the disadvantages and challenges they can face from birth.

Of course, passing exams is not the only route to a happy and meaningful life. Other important aspects of development often go overlooked and unmeasured. It’s a reminder of the poet Simon Armitage’s poem Paper Aeroplane where he describes someone scribbling in red ink on a blank page and commenting that it is some of the poet’s best work. Even so, cuts in spending on schools, less transparency of academies, limited resources available to Ofsted for inspections, and a crisis in teacher recruitment and retention mean education needs more help than ever before.

It is a priority that policy makers, practitioners, parents, carers and local communities help address the inequalities in the education system. There should not be such a gap in the attainment levels of children in different schools. Children are ‘ready’ for a fairer education and it is just the rest of us that need to deliver. All schools can and should be outstanding. Investment in education and mobilising the communities around a school are key. 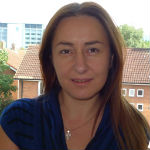