You are here: Home / Whitehall Watch / Has the Office for Budget Responsibility achieved genuine independence from government?

Having been established by the government to take the politics out of fiscal and economic forecasting, the independence of the Office for Budget Responsibility is fundamental to its credibility and legitimacy. The appointment of Robert Chote as Chair in 2010 appears to have enhanced the OBR’s standing in this regard, but has not completely swept away all concerns about the OBR’s relationship to government. On the day the OBR releases its latest analysis of the UK’s public finances, Craig Berry and Richard Berry ask whether the agency has yet been able to break free from the political grasp of the Treasury.

The Office for Budget Responsibility (OBR) was established to help ensure the government’s fiscal and economic forecasts are credible and transparent. The key innovation designed to achieve this objective was that the OBR would be independent of the Treasury, and therefore outside direct ministerial control. When Robert Chote was appointed as the second Chair of the OBR in 2010 – an appointment approved by Parliament – it appeared to confirm that the agency would be genuinely independent. Indeed, there is no reason to doubt the impartiality of the OBR’s analysis. The idea that the OBR acts with complete autonomy, however, is highly questionable – it remains a very small organisation, integrated almost seamlessly with the Treasury apparatus. Three years after its creation, claims about its political and operational independence still require investigation.

For an agency that was supposed to de-politicise economic and fiscal forecasting in the UK, the OBR’s early history is not terribly encouraging. The OBR was initially a Conservative Party organisation, set up by George Osborne in 2009 when he was Shadow Chancellor as a way of highlighting flaws in the previous government’s forecasting. After the 2010 election Osborne put the OBR onto a statutory footing – this had always been the intention, but it was still remarkable to see a government transpose one of its own political party organs directly into the machinery of the state. The first chair of the OBR, Sir Alan Budd, was the same person who has been doing the job for the Conservatives in opposition – the only difference being that post-election his salary was funded by the taxpayer.

There was no way to interpret Budd’s appointment – despite his wealth of experience in the field – as anything other than political. This strongly suggested that the OBR would not be as independent as Osborne had promised. Arguably, giving the Chancellor any role at all in the appointment of the OBR’s head meant that government forecasting would become less independent than it has been previously. When the Treasury was in sole charge of forecasting, the Chancellor was in overall charge of the process and had to sign off any new forecasts. But at least Treasury mandarins did not need to worry about their jobs when delivering bad news to the Chancellor. The OBR is different: it does not need formal Treasury approval for its forecasts, but its leaders owe their positions to the Chancellor.

Osborne seemed to put these fears to rest, however, when Budd resigned just a few months after the election, and was replaced by Robert Chote. As director of the Institute for Fiscal Studies, Chote became a trusted, independent voice on fiscal and economic affairs, and a well-known thorn in the side of politicians of any creed. Osborne even took the novel step of promising that Parliament – via the Treasury Select Committee – could have a veto over Chote’s appointment and any future appointments to the OBR’s executive committee (the Budget Responsibility Committee). This power has now been formalised, and confirmed in the Budget Responsibility and National Audit Act 2011.

Although Parliament has more authority over OBR appointments than for most other public bodies, therefore, there are still practical and political limits to it powers:

The OBR’s independence appears very fragile when we consider its position within Whitehall and the content of its recent work. It is difficult to avoid the conclusion that it is subservient to – or at the very least, completely enmeshed with – the Treasury. At just 17 civil servants, the permanent staff of the OBR is tiny, considering the scope of its duties. In these circumstances it is inevitable that it relies on the support of the Treasury and other agencies. Indeed, a Memorandum of Understanding between the OBR, Treasury, HM Revenue & Customs and the Department for Work & Pensions sets out in detail how the work of these bodies is to be coordinated and resources shared between them.

The Chancellor decides the timing for the publication of the OBR’s fiscal and economic forecasts. This is set out in both the Charter for Budget Responsibility and the Memorandum of Understanding, neither of which require the Chancellor to consult with the OBR about publication dates. This is an area where the government has already faced criticism, after the OBR brought forward the planned release of employment projections so they could be quoted by David Cameron during Prime Minister’s Questions.

Despite the obvious interference with the timing of reports, there is little reason to assume the content of OBR forecasts is deliberately more favourable to the Treasury.  In 2011 the OBR’s forecasts for gross domestic product (GDP) growth were too optimistic, but in the previous year they had been too pessimistic.  Similarly, the OBR slightly under-predicted public sector net borrowing (PSNB) in 2011/12, having over-predicted it in 2010/11. In both cases the OBR was broadly in line with the average of other forecasters, as shown in the agency’s evaluation of its own forecasts and the charts below.

Figure One: Forecasts and outturns for GDP growth in 2011 Questions about the OBR’s independence emerged when in December it changed its methodology for calculating the ‘output gap’ – the difference between what the economy could have produced and what it has actually produced over a given period – in a way that appears to suit the Chancellor’s political interests. The key dilemma for the OBR, at this time, was how to interpret the upturn in economic growth. A purely cyclical upturn would make no difference to analysis of the budget deficit (and therefore borrowing) related to structural factors. But the OBR concluded that evidence of growth showed that the economy was not as damaged as it appeared by the events of 2008 and the subsequent recession. It therefore revised its model to produce a larger output gap, thus revising down the structural deficit – allowing Osborne to show austerity was working. As Ian Mulheirn, former director of the Social Market Foundation argued at the time:

“[The OBR] has controversially moved the goalposts a big step closer to George Osborne’s ball. By ditching its models for working out how much of the deficit is permanent – and hence requires tax rises or spending cuts to eliminate – the watchdog made it much easier for the Chancellor to hit his target of eliminating the structural deficit within five years.”

The OBR’s decision here is not bad economics; many other forecasters have also revised their output gap assessments. Still, the OBR altered the course of political debate by taking a decision that bolstered the government’s credibility by making the austerity agenda slightly more feasible – even though nothing in economic reality had actually changed, only the OBR’s interpretation of that reality. The upturn in growth – which is still weak in historical terms for this stage of a recovery – is likely to see the OBR make a similar decision this at this year’s Autumn Statement. The consequences of this could be even more politically charged; if the OBR shows austerity is now ahead of schedule, they will gift the Chancellor a justification for politically advantageous tax cuts just in time for the next general election.

The claims made about the independence of the OBR make it difficult to determine how to hold the agency and the government to account in relation to economic and fiscal forecasting.

If we could definitively show the OBR was independent, there would be no controversy over decisions such as the change to the way the output gap is calculated. One way to bolster the OBR’s actual and perceived independence would be to enhance Parliament’s powers of appointment further, distancing the Chancellor from the process. The government could then be held to account for its interpretation of forecasts. The agency’s decisions may still be subject to debate, but they would be much less likely to be seen as being influenced by the government or any particular political agenda.

Alternatively, we could take the view that economic and fiscal forecasting should be subject to political oversight by the elected government, as it was before 2010. It is hard to argue that this is inappropriate, especially considering how important the OBR’s forecasts are in shaping government policy. This would mean accepting that the government is primarily responsible for appointing the leadership the OBR and will exert some degree of influence over its output. The Chancellor would then be accountable to Parliament and the public in a very transparent way for the OBR’s performance.

Post written by Craig Berry and Richard Berry for the Democratic Audit.

Craig Berry is Pensions Policy Officer in the TUC’s Economic and Social Affairs Department. His previous jobs include Policy Advisor at HM Treasury, Lecturer at the University of Warwick, and Head of Policy and Senior Researcher at the International Longevity Centre. He completed a PhD at the University of Sheffield in 2008 and his book Globalisation and Ideology in Britain was published in 2011. He will take up a new post at the Sheffield Political Economy Research Institute (SPERI) in September 2013. He tweets at @craigpberry.

Richard Berry is Managing Editor of Democratic Audit.  His background is in public policy and political research, particularly in relation to health and local government. In previous roles he has worked for the London Assembly, JMC Partners and Ann Coffey MP. Richard is also the founder of the public policy blog Modest Proposals. He tweets at @richard3berry. 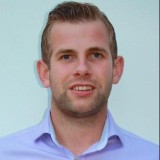