The decision of the General Synod to allow women to become bishops ends an unpopular (if legally protected) policy of gender discrimination. It brings the Church of England into the modern world while drawing on ancient traditions of shared leadership, explains Professor Kate Cooper.

A collective sigh of relief could be heard round the Anglican Communion this week as the Church of England’s General Synod reached the two-thirds majority needed to pass its Resolution 503 in support of female bishops.

It took the efforts of hundreds of people over nearly two years to inspire a change of heart in roughly two dozen members of the House of Laity, which has now voted 152-45 in favour, with five abstentions. (It was the Laity who blocked women bishops in 2012 by voting 132-74 against, despite a substantial majority in the Houses of Bishops and Clergy. Canon law requires a two-thirds majority in all three Houses.)

This is welcome news and congratulations are in order. But there is still a daunting amount of work to be done before the House of Bishops in Parliament is full of women. Sadly, the Church of England does not have a good track record on gender equality. In the most recent statistics published on the Church of England website, only 23% of full-time parish roles and 11% of senior roles were filled by women, nearly two decades after the resolution to bring in women clergy.

It is a dispiriting thought that by admitting women bishops, the Church may have managed to avoid closer scrutiny of whether it can reasonably retain its exemption from the 2010 Equality Act. Certainly, the Archbishop of Canterbury made it very clear in the days leading up to the Synod that he would make every effort to protect the Church from such an eventuality. But there are many, in both the Church and in Parliament, who think it is morally indefensible that an Established Church seek legal protection for its lack of commitment to gender equality.

As a historian of early Christianity, I find the role the Bible and ‘tradition’ have played in the debates over gender equality disturbing and almost unrecognizable. They have been used to hold the Church hostage to a vision of authority as intrinsically masculine, yet most of the discussion reflects a lack of historical awareness of how these issues have evolved in the Christian churches.

Particularly disturbing has been the thread of discussion about ‘whether women bishops are biblical’. What commentators have missed, again and again, is this: bishops as we understand their role are a phenomenon not of the New Testament period, but of the eleventh century.

The early churches were not institutions, but share-chains and loyalty networks – part of a ‘viral’ movement based on friendship and family, inspiration and idealism. The household-based structures of earliest Christianity – in which women naturally played a central role – form a central theme of my recent book, Band of Angels: The Forgotten World of Early Christian Women.

From the second century, efforts were made to evolve accountability structures that could resolve tensions within local communities and between leaders of different communities. It is in this period that the role of the bishop begins a long and very slow journey toward becoming what we moderns would recognize as a role of institutional office. The main developments took place in the fourth, ninth, eleventh, thirteenth and sixteenth centuries. In each phase, the leadership of women was further eroded.

So why does the historical background matter? For two reasons. First, the fact that to be a ‘bishop’ has meant such very different things across recorded history is actually deeply reassuring. If the Church is now being called to offer more persuasive witness for social justice, and as a result is moved to admit wise and experienced women to the ranks of its most revered leaders, this is by no means a betrayal of the legacy of the early Church. The Church has always been in flux – and always will be. Responding to ‘modern pressures’ is not a betrayal of the Christian tradition, it is the essence of the Christian tradition.

Second, once it is understood that women’s leadership has always been part of the Christian ‘core’, the healing process can gain momentum. If you keep your eye on what the women were doing, there is quite a bit in the history of Christianity to respond to seemingly modern problems – most importantly, a tradition of emphasis on peace and reconciliation work that goes back to the second century. What can the distinctively feminine traditions of Christianity offer to a Church of England?

At the same time, research by former University of Manchester Professor David Voas and others for the British Religion in Numbers Project suggests that the Church of England is in danger of failing altogether to capture the imagination of its youth. A survey commissioned by the Westminster Faith Debates found that while approval for the Church of England’s policy on women prior to the latest Synod was stunningly low among self-identified Anglicans at 11%, the 8% approval rate among the general population was even lower. A number of the voices in support of the resolution at the General Synod mentioned their unease at questions from children in their care about why the Church was being ‘unfair to women’.

If it is to remain viable into the twenty-first century, the Church of England cannot afford to align itself with gender injustice; the good news from history is that it will not need to. 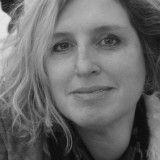