You are here: Home / Westminster Watch / The prospects for a dramatically more representative Parliament post 2015 are bleak

The next election is an unknown quantity, with pundits and pollsters both divided on the likely outcome. However one thing is becoming increasingly clear: there is unlikely to be a large-scale move towards a realignment in the House of Commons, with party selectorates continuing to exert influence which amounts to a continuation of a white, prosperous, and above all male, dominance of Britain’s lower chamber, argue Catherine Durose, Liz Richardson, Ryan Combs, Francesca Gains and Christina Eason.

Whilst the likely outcome of the next election maybe still far too close to call, one feature of the next Parliament is very predictable.  The 2015 Parliament is likely to remain as deeply unrepresentative of the make-up of the UK population as the current legislature.  Although the 2010 Parliament showed some improvements in diversity, while women represent 51% of the UK population they formed just 22% of MPs; and although the ethnic minority population is 8% the number of ethnic minority MPs is half that at 4%.  Representation by other under-represented groups: for example people with disabilities or openly LGBT is also less than would be reflective of the makeup of society more generally although this is harder to count.

This poor representation is despite all three main party leaders stating their support for efforts to improve the diversity of representation in Parliament in evidence given at a specially convened Speakers Conference before the last election.  While Lord Hurd has argued recently that greater diversity in political representation is a ludicrously radical demand, the Conference argued that improved diversity would support better policy making as MPs would draw on a wider range of experiences, and could act to enhance the legitimacy of Parliament and encourage greater political engagement.

Our research for the Equalities and Human Rights Commission, conducted just after the election in 2010, set out to explore the barriers to representation from underrepresented groups and to examine the pathways to politics taken by successful politicians from those groups protected by the Equalities Act to see what lessons could be learned.  We gathered primary qualitative data from a purposive sample of 62 national politicians and candidates, some who had been successful, and some who had not managed to achieve selection and/or elected office.  We also heard from around 20 lobby groups for under-represented groups within and outside political parties, and other stakeholder organisations.

In some cases shocking examples of sexist and racist attitudes were reported.  One black candidate was asked whether she was ‘one of them happy-clappy churchgoers’. One candidate recounted the experience of a local party member ‘hitting me on the bottom and asking me what a nice girl like me is doing in the Labour Party.’  A female ethnic minority candidate expressed her perception of the “double whammy” of discrimination she faced.  This also ran the risk of reducing support for diverse candidates.  In one example, other women in a candidate’s party assumed that she would get support from ethnic minorities in the party, but the other minority members were: “reluctant to support me because I am female and they are all men”.  Other attitudes towards women were less overtly expressed but still exclusionary. Women in politics perceived themselves as facing heightened expectations to justify their presence in a way that men did not. Yet, women were not taken seriously or seen to have the gravitas of male politicians.

While possibly horrifying, these might be familiar complaints about lingering outmoded common-or-garden prejudice.  However, beyond this, our analysis, published in Parliamentary Affairs, identified a systemic and institutional problem with local party ‘selectorates’.  A key issue mentioned by those we spoke to was the critical veto role played by the local selectorates, the local party activists who are responsible for selecting candidates.   Women and ethnic minorities reported facing ‘selector hostility’ struggling to secure the nomination for winnable seats as local party elites look for so-called ‘archetypal’ candidates.  The archetypal candidate reflects selectors’ own characteristics, but more importantly, those of previously successful candidates.  It is partly based on assumptions about electoral risk, and who different parts of the electorate will be prepared to vote for.  Candidates and sitting politicians saw this attitude reflected in the suggestions put to them to ‘have a go’ in ‘unwinnable’ seats. Analysis by Maria Sobolewska at the University of Manchester  has shown that, pre 2010, the Liberal Democrats selected the overwhelming proportion of their minority candidates in highly ethnic diverse seats, most of which were unwinnable and the Conservatives selected more than half of their minority candidates into hopeless seats.  The Labour Party selected the highest proportion of ethnic minority candidates for safe and winnable seats.

In our research, we argue that where candidates from under-represented groups have been successful, this is often because they were ‘acceptably different’ and shared particular ‘pathways’ into national politics which mitigated against the perceived electoral disadvantages of being from an under-represented or  minority group.  One younger, male, ethnic minority politician highlighted how other aspects of his identity were able to make his ethnicity ‘acceptable ‘I think my age and colour ticked certain boxes and ex-military, public school boy ticked others’.  For women, this could take the form of being ‘one of the boys’, as explained by one respondent: “It’s how you fit in so they don’t think you’re a girl […] Once one of my colleagues described me as one of the boys, I think he meant it as a compliment but I’m not sure that it is.”  Such candidates are also likely to follow a pathway into politics which emphasises university education and a ‘politics facilitating’ or an increasingly  prominent ‘professional politics’ route.  Many of the new female or ethnic minority MPs elected in 2010 had experience in national politics as advisers, or lobbyists.  Of the 27 ethnic minority MPs, at least ten have legal backgrounds (37%).

Whilst this new type of pathway into politics can help to overcome selector hostility if candidates are filtered both through local selectorates and through professional pathways, then a key policy question in increasing diversity in representation becomes how to open up politics.  One of our interviewees said “When I was trying to become a Parliamentary candidate I was asked on more than one occasion what my qualifications were and they meant academic qualifications. One woman even said it was a real shame because one of the other candidates was a lawyer and another one had a PhD and although I seemed like a really nice woman I wasn’t really [of] their calibre”.

Although the Labour Party is persisting with the unpopular but effective policy of making 50% of its target seats selected from all women shortlists, this willingness for the party elites and the party machinery to work with local selectorates to overcome selector hostility is not found elsewhere.  Although David Cameron is clearly committed to wider diversity, Conservative members are deeply resistant to either interference from the national party or equality measures, as highlighted by recent media reports, and supported by other research by Sarah Childs and Paul Webb. And the Liberal Democrats are also struggling to take any positive measures, with the ongoing furore over sexual harassment claims still making headlines.

Without tougher efforts by all parties to address their own openness, attitudes and ‘selectorates’, the portents for the 2015 Parliament being radically more representative than 2010 do not look good. 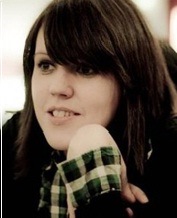 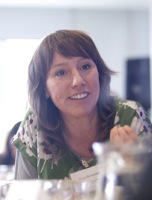 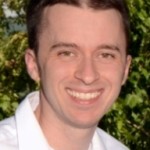 Ryan Combs is a Research Associate at Centre for Primary Care, Institute of Population Health at the University of Manchester.

Christina Eason is a PhD graduate from the University of Manchester’s School of Social Sciences. Her research interests are in British politics, gender, women, representation, and institutions.