Newly elected Metro-Mayor Andy Burnham has promised to declare an ‘accelerated ambition’ for Greater Manchester’s green credentials at a Mayor’s Green Summit later this year. But how might a more sustainable Greater Manchester take form? A workshop hosted by the Sustainable Consumption Institute (SCI) and the recently established Manchester Urban Institute (MUI) (both part of The University of Manchester) sought to answer this question, bringing together community, policy and academic stakeholders. The SCI’s Joe Blakey, a PhD researcher in Human Geography, reflects.

Greater Manchester’s increasing political weight is an opportunity to make the region a world-leader in sustainability, and both the Mayor’s leadership and an ambitious, cohesive vision across the 10 boroughs are crucial to its realisation. The Mayor’s yet-to-be-formulated environmental goals, which will be shaped by both ‘experts and city stakeholders’, are therefore vital.

On 27th April 2017, The University of Manchester hosted the ‘Re-making Greater Manchester Sustainably’ workshop: an opportunity to discuss what these goals could be and a context where diverse experiences and expertise could collide. The voices in the debate were, as one participant commented, ‘not the usual suspects’. What lessons and insights, then, did participants have for how the Mayor might remake Greater Manchester sustainably?

“We’ve come a long way since Friedrich Engels wrote of the grim realities of The Conditions of the Working Class in Manchester”, Walter Menzies, of the Canal and River Trust, pointed out. Greater Manchester can boast a number of environmental initiatives: City of Trees, the work of Sustrans, BREEAM Excellent rated buildings, and smart city projects to name a few. But look again and one realises that these sustainability projects are still pockets of exception rather than the norm. Professor Karel Williams from Manchester University’s Centre for Research on Socio-Cultural Change asked us to consider, for instance, how the city centre skyline is filled with cranes, tirelessly erecting apartment blocks heated by parallel electric heaters, or how the Metrolink system serves the region radially whilst polluting traffic continues flowing orbitally around the M60 undeterred.

Human Geographer and Smart Cities lead for the Manchester Urban Institute, Professor James Evans commented that we often have aspirations of projects being ‘rolled out’, ‘mainstreamed’, ‘up-scaled’, ‘propagated’ and ‘replicated’, but doing so is a real challenge. Prof. Evans suggested that where projects take place is part of this challenge.

Sustainability projects should not be viewed as Lego bricks: what fits in one place might not necessarily fit in another. This lack of ability to deal with complexity was one dimension highlighted by the Greater Manchester Combined Authority Low Carbon Hub’s Mark Atherton, who suggested that the upscaling of projects was also inhibited by a lack of cash, capacity, and confidence.

Shared knowledge is undoubtedly useful, but one must also ask ‘knowledge shared with whom?’ Local, passionate people are vital to negotiating the complexity of our cities. Since the 1980s the language of urban sustainability has become ‘omnipresent in academic and policy debates’, but despite this, traction with citizens is limited. Workshop participants identified an absence of a common language to engage citizens. It seems ‘sustainability’, after nearly 40 years of mainstreaming into policy and activism, simply doesn’t cut it.

Examples of successful projects highlighted, ranging from canals and rivers to local energy schemes, all had one thing in common: they managed to engage with local people. Contributor Debbie Ellen of Good Food Greater Manchester drew on work in Oldham where local, fresh and largely organic food was put on school dinner tables for just 65 pence per meal. Food accounts for around 19% of the carbon footprint for consumption in Manchester and such schemes are vital to decarbonisation. Yet it wasn’t the language of sustainability that led to this success – it was the language of good food, health and wellbeing that prevailed. Tapping into other dimensions of caring is crucial to engaging communities and garnering the political will needed to roll-out innovative projects.

Prof. Williams argued that there is a huge gap between these local grassroots-facing initiatives and the large-scale elitist politics of private interests that are overwhelmingly driving Greater Manchester’s transformation. For Prof. Williams, there is a complete absence of ‘intermediary’ organisations: those without vested financial interests who can mediate public and private interests.

My own research has highlighted the role of Creative Carbon Scotland in spanning “the realms of individuals, organisations and policy” to embed and coordinate environmental sustainability within the Scottish arts sector and to explore its role in provoking broader change. The Sustainable Consumption Institute’s (SCI) Dr David Evans and Dr Daniel Welch have similarly argued for the critical role of WRAP as a trusted intermediary in reducing food waste. Workshop participants suggested that similar institutions are crucial to work as both enablers and catalysts whilst also seeing what works and how it adds up to a ‘bigger picture’.

The Mayor’s Green Plan for Greater Manchester is yet to be written, but adopting the principles discussed at the ‘Re-making Greater Manchester Sustainably’ workshop would be a good start in making it truly ambitious. The plan must be sensitive to the complexity of our region, with the confidence to move beyond the ‘safe’ sites offering likely success. Local people are key enablers, but the tired language of sustainability is a common barrier.  Instead, talking about clean air, good food, wellbeing or cheaper bills can tap into their worries.

In facilitating this transition, independent intermediaries and honest brokers are essential to navigate the gulf between public and private interest that has blighted the sustainability movement, to enable the process of learning between projects and to assist in building capacity and confidence. It is perhaps then that, as Prof. Williams argues, these myriad local initiatives armed with ‘pop guns’ can take on the ‘big guns’ that drive transformation across Greater Manchester.

The SCI and the MUI would like to express our gratitude to Mark Atherton, James Evans, Debbie Ellen, Walter Menzies and Karel Williams who all offered short pitches, and to the other workshop participants who gave gratefully to fruitful discussions. This blog is based on reflections from the workshop and may not reflect the views of all participants. The workshop was organised by The University of Manchester’s Mike Hodson and Sherilyn MacGregor. 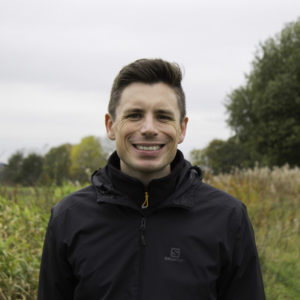