You are here: Home / Science and Engineering / To benefit from the materials revolution we need to be Graphenes-ready?

Ahead of the 2019 Party Conference season, James Baker – Chief Executive Officer of Graphene@Manchester reflects on ‘where next’ for the wonder material graphene and whether this is actually just the start for a game changing family of 2D materials.

Graphene is 15-years-old and – like many teenagers – is already proving disruptive. But a whole new family of graphene-inspired materials is soon to transform how we make and build things forever. The question is, are we ready to capitalise on this innovation revolution?

Where it all began

It all began when this single layer material was first isolated at The University of Manchester in 2004 by professors Sir Andre Geim and Sir Kostya Novoselov, who were later awarded Nobel Prizes. Their success has been galvanising and researchers worldwide have followed the trail blazed by Manchester and have criss-crossed the Periodic Table on intrepid quests to find other similar nanomaterials.

They have succeeded to a point where we now have distinct categories of 2D materials, such as a group of single-element graphene analogs called Xenes or a large set of metal carbides dubbed MXenes (pronounced ‘Maxines’). And why stop there? Manchester scientists have recently developed a new method to synthesize 2D materials, so the possibilities seem to be endless.

These many graphene-inspired 2D materials, which I broadly label the ‘Graphenes’ family as a convenient shorthand, are all very exciting in their own right, each offering distinct advantages in terms of conductivity, filtration or sensor capabilities. But far more importantly is the way we can use various types of 2D materials as building blocks to create ‘designer materials’ with truly novel features that don’t occur naturally and offer specified qualities.

This opens a brave new world of possibilities that advanced materials can provide to industry in terms of new features and benefits in products and applications. Already, in a relatively short space of time, graphene is being adopted into a range of manufactured products as a game-changing additive to various composites.

One of the most recent has been the BAC Mono R supercar. This iconic British marque is made by Liverpool-based Briggs Automotive Company Ltd and is the world’s first production car to fully incorporate graphene-enhanced carbon fibre into every body panel. Another step forward has been the use by inov-8, the specialist British-based sports shoe brand, who have worked with graphene scientists at Manchester to develop rubber outsoles that deliver the world’s toughest grip. They have successfully launched a range of G-Series branded footwear that has taken the market by storm.

These examples, however, are just the beginning of a revolution as we begin to move away from adding graphene to existing composite materials to the creation of a whole new generation of completely novel materials. These ‘designer’ materials, I believe, will be based on the Graphenes 2D family and their impact will be epoch-making.

Historically, game-changing materials have defined their time, for example the Iron Age, the Stone Age, the Bronze Age and more recently the ‘Silicon Age’. In a recent speech at the Manchester Science and Industry Museum, Prime Minister Boris Johnson remarked on the city’s pioneering spirit, which has led us to “… stand on the cusp of the Graphene age”.  To paraphrase Mr Johnson, I would like to suggest we’re actually looking at the ‘Graphenes age’ which is, in fact, now fast approaching.

One of the reasons why the ‘Graphenes Age’ will arrive so quickly is because Manchester’s own Graphene Engineering Innovation Centre – which complements the University’s more research-focused National Graphene Institute – is fast-tracking innovation by taking a ‘fail fast, learn fast approach’. This method focuses on short-term pilot projects and echoes the advice from Apple’s innovation genius Steve Jobs on being prepared to make mistakes, admit them quickly and get on with improving the innovation. The Manchester model therefore departs radically from the mainstream innovation model, because rather than trying to pick – and spend time and money – on a potential winner, we could instead spend much less time on running say, 10 plausible projects all at the same time, but at a much earlier stage of their development. As we learn from our failures, we select or combine innovations that look to be winners.

This more agile approach should work well for the innovation eco-system now being led by The University of Manchester, which features a ‘science value supply chain’ that runs seamlessly across academia and commercial end-users.

As a result of this new Graphenes Age, I expect there will be significant impact across the advanced manufacturing value chain, including design and engineering; materials supply; equipment/tool-making; additive and automated manufacturing systems; testing and support services. So, to be Graphenes-ready, the UK’s innovation sector needs to prepare the manufacturing base and its supply chain. As such, I recommend: 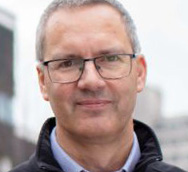