You are here: Home / Energy and Environment / Nuclear powered decarbonisation?

At the moment, Net Zero permeates Government policies and programmes, but the true scale of the challenge it represents is only now beginning to become clear. Could nuclear power play a role or is it a costly distraction? Here, Will Bodel, Gregg Butler, Francis Livens, Juan Matthews and Richard Taylor from the Dalton Nuclear Institute look at the practicalities of using nuclear energy to help meet the UK’s Net Zero target.

The hype around new nuclear energy is ramping up to fever pitch in advance of the Comprehensive Spending Review. The home of nuclear energy in the UK is arguably in the North West Nuclear Arc, scattered with ‘Red Wall’ seats which went to the Conservatives at the last election. Major investment in nuclear power would tick all three of the Levelling Up, Net Zero and Green Economic Recovery boxes. The Nuclear Innovation and Research Advisory Board (NIRAB) has sketched out a nuclear powered pathway to ‘deep decarbonisation’, involving three waves of nuclear technology (figure, below). What’s not to like? As so often, though, the devil is in the detail. The first wave of nuclear reactors comprises large, conventional Pressurised Water Reactor (PWR) plants, similar to that being built at Hinkley C, which are intended for 1000-1500 MW electricity production (the two reactors at Hinkley C are capable of meeting 7% of current UK electricity requirements). They are optimised for generation of baseload electricity – feeding a constant amount of power into a distribution grid. Beyond Hinkley C, EdF Energy has plans for Sizewell C and potentially other stations after that. Other organisations are contemplating equivalent reactor types at other locations. However, while this is a well-established approach to nuclear energy, it has drawbacks – the reactors are big, expensive and slow to build. We throw away 2/3 of the heat generated by the nuclear reaction, and they are inflexible, which makes them difficult to accommodate in a grid with increasing amounts of intermittent, renewable electricity.

The second and third waves of nuclear reactors postulated by NIRAB offer the chance to overcome these difficulties. Moving to smaller, factory-built ‘modular’ designs is intended to make the reactors quicker and cheaper to build; lower power outputs open up new deployment options, for example close to major industrial complexes where the reactor can supply both heat and power. They also open up options for production of alternative low carbon fuels, either hydrogen, as a replacement for carbon-based fuels, or synthetic hydrocarbon fuels.

The second wave of reactor technology is the ‘small modular’ PWR (SMR). The technology is pretty well understood, but it is primarily still an electricity generator, and some of them are not that small. For example, the UK SMR, proposed by a Rolls-Royce led consortium, is intended to produce 440 MW. Integration of facilities for, for example, electrolytic hydrogen production would allow switching between powering the distribution grid and, at times of low demand, production of hydrogen or other energy vectors.

The third wave, ‘Advanced Modular’ reactors, is the most immature technically but the most versatile for decarbonisation. However, if this third wave is to make any useful contribution to the UK’s Net Zero ambitions, there are several barriers to overcome. We have to base it on a reactor type which is deliverable on a useful timescale, which probably means a demonstration plant within 10 years, and fleet build under way by the second half of the 2030s. This limited time actually helps narrow our options – there are many candidate concepts but few could be deployed on such an ambitious timescale. A likely candidate would be the High Temperature Gas Cooled Reactor. The limited time also simplifies other decisions, for example a switch from electrolytic to thermochemical hydrogen production. While thermochemical processes offer greater efficiencies, they require temperatures of at least 800°C, high enough that the reactor would be red hot during operation. Although this seems hot, only a couple of thermochemical processes are practical since most require even higher temperatures, which would bring major, unsolved materials challenges and delay the programme too much.

The biggest challenge to nuclear is a lack of mission clarity. The Nuclear Sector Deal was a long time coming and we are only now seeing its implementation, and there has yet to be any movement on last year’s consultation on the financing of nuclear projects. An unambiguous statement of intent from the UK government on a road map would go a long way to alleviating general uncertainty – presently a huge source of risk in the sector. Commitments need to be guaranteed for a timescale longer than the traditional electoral cycle of five years. The beneficial effects of clarity and commitment can be seen in other sectors. The Coalition Government took several steps to get the offshore wind programme moving and costs down, including setting up a dedicated body.

Secondly, there needs to be a far greater appreciation across all of society of just how expensive decarbonisation in any form will be. The costs associated with new nuclear are large, but a level playing field comparison with other technologies shows that nuclear is competitive – there are no “cheap” options available. Third, the second and third waves of reactors will likely be built in new-to-nuclear communities; the nuclear sector has to engage positively with these new communities. Finally, the nuclear sector has a reputation for being slow, cautious, and conservative. To gain the full decarbonisation benefits of nuclear power, the sector, government and regulators will have to move far faster than in the past. This requires cultural change, balancing safety and conservatism against the need to make progress. 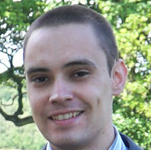 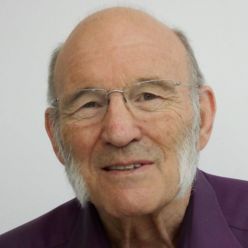 Professor Gregg Butler is Head of Strategic Assessment for The University of Manchester’s Dalton Nuclear Institute. He has published extensively on a broad range of nuclear topics, and was a member of the Committee on Radioactive Waste Management from 2012 to 2019.

Francis Livens is Director of The University of Manchester’s Dalton Nuclear Institute and Professor of Radiochemistry. He has acted as an advisor to the nuclear industry both in the UK and overseas and holds a range of external roles, including Chair of the Nuclear Innovation and Research Advisory Board (NIRAB) and a member of the Nuclear Decommissioning Authority Board. 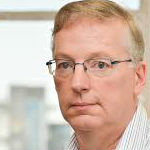