You are here: Home / Featured / Are we really weather resilient?

High-impact weather events, such as the UK floods earlier this year, are often accompanied by discussion of whether the events were associated with or enhanced by climate change. This view is hardly surprising given that one of the long-term effects of climate change is predicted to be an increase in the intensity and frequency of many such weather events.

But these events will continue to happen whether or not climate change is occurring, and cutting carbon emissions won’t simply make storms go away. Yet addressing climate change often receives far more emphasis from governments than addressing long-term resilience to weather events.

From a policy perspective, climate change and climate resiliency are treated virtually as one. But we shouldn’t be muddying the waters and conflating the two. Instead the UK government, like those across the world, needs to be thinking about ensuring our infrastructure is weather resilient, independent of any debate around climate change.

An example of this thinking came earlier this year when President Obama announced plans to create a $1bn Climate Resilience Fund. Yet, he put the investment in the context of climate change, saying new technologies were needed to help communities prepare for a changing climate,which meant that droughts, wildfires, storms and floods — all associated with weather phenomena — were potentially going to be costlier and harsher.

One consequence of linking high-­impact weather events to emissions of greenhouse gases is that, when storms continue to occur even after emissions have been reduced, then people start asking why their strategies to protect society from both climate and weather threats didn’t work.

Three particular points suggest that such an emphasis on climate change in the wake of weather events is misdirected.

First, trying to identify a climate change signal from a specific high-­impact weather event is difficult and in some cases may not be possible. And, where the socioeconomic consequences of increases in intensity of high­impact weather due to climate change can be calculated, they are generally a fraction of the costs incurred by poor weather resilience.

Second, the timescales at which most individuals and businesses plan are more consistent with weather scales (a few weeks to a few years) than climate scales (decades). Large public investments such as dams and flood defences must account for how weather might change in the future, but this does not prevent addressing socioeconomic vulnerability to high-­impact weather events now.

Third, many situations in which the costs of disasters have been increasing have been attributed to socioeconomic factors independent from climate change. For example, avoiding construction in floodplains, implementing strong building codes, and increasing preparedness can make society more resilient to weather events. Had New Orleans been better prepared to withstand hurricane Katrina, the estimated losses (not to mention deaths) would have been substantially less.

Steps taken to protect society from the weather can protect the planet as well. Whether through improving weather forecasts, increasing preparedness, or building better infrastructure, these steps can increase resilience and reduce carbon dioxide emissions.

Thus, the costs to produce a more weather-­resilient society will lead to long­-term reductions in carbon emissions. Rather than expecting that reductions in carbon emissions would reduce our future vulnerability to high-impact weather events, investments in building resilience and weather preparedness is a no-regret policy that might also have mitigation benefits. Building well­-designed cities makes environmental sense, regardless of climate change.

In our view, this only confuses the public and policymakers as to the socioeconomic susceptibility to high-impact weather.

There is no quick fix, single-cause solution for the problem of human vulnerability to socio-environmental change, nor is there a reasonable prospect of attenuating high-impact weather events.

But addressing such issues would give the world an opportunity to develop a two­-pronged policy in climate security: reducing longer-term risks in conjunction with preventing shorter-term weather disasters. 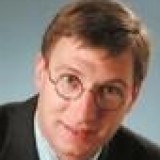 Vladimir Janković is a Senior Lecturer at The University of Manchester's Centre for the History of Science, Technology and Medicine. He is a specialist on the history and study of climate change. His current ESRC project is addressing municipal strategies in addressing urban climate change.