You are here: Home / Science and Technology / Beyond sandbags – how to defend your house from flooding

For much of the 20th century, faith has rested in bigger and better defences to hold back floodwaters. But repeated flooding has shown that large defences cannot, and should not, be the sole focus.

The first, and for most people the only, tools in the box to protect homes have been the thousands of sandbags handed out over the past few weeks. While some householders have taken great steps to fashion makeshift defences, sometimes with the aid of mechanical diggers, perhaps most magnificent is the 600-metre-long inflatable Aqua Dam erected by engineers in Chertsey in Surrey, quickly nicknamed the Chertsey Sausage.

There has been much analysis of how the Environment Agency has commissioned flood defences, with it requiring works to demonstrate a cost-benefit ratio where each £1 spent should reap £8 in savings. This naturally tends to lead to spending in urban areas where higher populations mean greater damages. Perhaps it indicates that different approaches may be necessary in town and country.

With increasing urbanisation comes brick and paving in place of fields and vegetation that could help soak away water, which exacerbates the effects of flooding. This has revealed a newly identified risk, that of surface water flooding, caused not by inundation from rivers or the sea but from the over-development of land, where water builds up faster than it can drain away.

It’s something that already affects thousands of homes around the country: in 2001, surface water was not a recognised threat, but by 2011 3.8m properties were considered at risk. Surface water flooding can occur often but might only affect one or two streets at a time, meaning that it’s rare that incidents get national attention. But importantly, it’s something that substantial flood defences – sea walls, canalisation, embankments – cannot prevent, as it emerges behind these flood defence “frontlines”.

A report from the UK’s Climate Change Committee indicated that over the past ten years, new building and development on flood-risk areas has increased by 12%, compared to an increase of 7% in areas not at risk. We are setting ourselves up for problems later.

Our project, SMARTeST examined how the latest flood protection measures could be retrofitted to properties to make them more resilient to flooding, or how similar defences could be incorporated at a street level. The flood resilience industry is an emerging sector in Europe whose products – such as door guards, air brick covers, and temporary perimeter barriers – are promising, when used correctly.

For example, water can come through permeable brickwork which may require waterproofing. Air brick covers can also prevent water from coming in but still allow ventilation. The pressure of floodwaters often causes drainage systems to back up through toilets or plugholes, so one-way valves or toilet bungs are easy ways to prevent sewerage backflow that can cause horrible and expensive damage. There are technologies that can be directly applied, which include sealants for potential areas of ingress through walls and floors, waterproofing materials and membranes, and integrated warning systems. It is now possible to get cavity wall insulation that also prevents water penetration.

The costs of retrofitting vary depending on the type of building, and the level of protection required. Many properties will require a package of technologies. Those that are manually rather than automatically operated tend to be cheaper, but rely on good warning systems and community flood groups to ensure they are activated when needed. More complex considerations include terraced or semi-detached housing: where there are shared party walls, protection applied to one property may be compromised if neighbours do not take similar steps.

The average cost of fitting flood defence equipment to a property in a trial government scheme amounted to just under £5,000, but some estimates can go up to £30,000. While expensive, this higher up-front cost is compares well to the financial damage, estimated at between £30,000-40,000 on each occasion, and especially the emotional damage of being flooded out of house and home.

Taking into account the rising sea levels and more extreme weather that climate change is expected to bring, these products could start looking like a smart investment. While not a replacement for large scale flood defences, they may be more appropriate in the countryside, or in low-lying areas and where surface water is prevalent.

Unfortunately, the flood resilience industry is not well supported by standards or regulations. These products are hard to acquire, cannot be bought off-the-shelf, and often properties will need to combine a number of different measures to be protected. The National Flood Forum charity provides advice for householders looking for flood protection measures, or who are having trouble getting insurance. They publish the Blue Pages, a directory of companies that provide flood defence products.

And we also found householders were often let down: poor-quality property surveys, recommending inappropriate devices, or poor installation. Property owners complained that impartial advice was hard to find, leading to a general lack of trust in the industry’s products. One of our project’s outcomes was the Six Steps guide, to help navigate these difficult waters.

There are many missed opportunities: if households are being retrofitted for energy efficiency measures, it seems sensible to consider their resilience to flooding too. Building regulations need to be strengthened, and the public need to be more aware of what is available. The example “flood resilient” home currently planned at BRE’s innovation park in Watford as a joint venture between BRE, Aquobex and Baca Architects will be demonstration of what is possible.

One hope to emerge from these floods is that the opportunity is taken to provide a considered and measured response to improve the flood resilience of those most at risk, and ultimately decrease the financial and emotional costs that flooding brings.

The authors thank Stephen Garvin, scheme director at BRE for his expertise.

Angela is a Research Associate at the University of Manchester. Angela is currently working on the 'Climate Just' project. 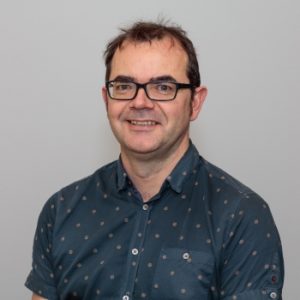 Nigel Lawson is an Honorary Professor at The University of Manchester. His main interests include material flow accounting, land regeneration and waste management.

Dr Paul O’Hare is a Lecturer in Geography and Development at Manchester Metropolitan University.