You are here: Home / Featured / Are trust issues driving fear of mass surveillance in Europe?

David Barnard-Wills argues that EU citizens don’t necessarily want to trade their privacy for security – and that policymakers should take their views seriously in determining surveillance practices.

Fuelled in part by Edward Snowden’s release of documents revealing NSA and GCHQ surveillance practices, recent months have seen much media coverage of surveillance and European citizens reflecting upon their privacy and security. This has resulted in political attention at the European level as well as protests against surveillance, most notably “The Day We Fight Back” organised by a coalition of civil society groups.

It’s therefore particularly timely and important for both social scientists and policy makers to understand the politics of surveillance, including the factors that affect responses to surveillance – what particular factors lead to public protest and in what circumstances do European publics accept surveillance and security measures?

An FP7 funded Privacy and Security Mirrors Project (PRISMS) is attempting to do just this. It seeks to analyse the relationship between privacy and security and devise a more evidence-based perspective for reconciling privacy, security, trust and public concern. It examines how technologies aimed at enhancing security are subjecting citizens to an increasing amount of surveillance and, in many cases, infringing privacy and other fundamental rights.

One of the key aims of the project is to move beyond a simplistic model that assumes that people see privacy and security as a trade- off, and that surveillance and security measures are accepted if they provide increased security. As a result, the project seeks to identify the factors that affect public assessment of the security and privacy implications of a given security technology with implications for how policy makers should govern surveillance practices.

The project is about to launch a large-scale Ipsos Mori survey of 27,000 European citizens to produce an accurate picture of their perceptions of privacy and security, at a time when these issues are of high political salience and increased public attention. Headline results from the survey will be available in April 2014 but, in preparation, focus groups were carried out with people in Belgium, Portugal, Denmark, Estonia, Hungary, Romania and the UK.

In the focus groups we found many people felt that privacy was hard to maintain if they wished to be part of a modern society, but they did consider privacy important, although in the abstract.

People in most countries felt that the primary responsibility for protecting privacy lay with the individual, but also saw a strong role for governments in developing the right regulatory frameworks, and policing and enforcing privacy standards. Organisations that held personal data should be responsible for doing so securely.

Context was very important, for example acceptance of security and surveillance technology was higher for air travel than for other areas of life, such as in the use of smart electricity meters. The benefits to consumers from smart meters were not clear to many participants.

As regards the Internet, participants often assumed that governments monitored Internet activity in attempts to control and prevent terrorism, and that this was legitimate (apart from in Germany).

There was more concern about surveillance practices used by the private sector than through official legal channels. With regard to security, respondents were most concerned about their physical security and the security of their future income. People felt that securing their political rights and moral and cultural values was difficult to achieve and the balance of responsibility for security was largely placed upon governments.

These findings have implications for the governance of surveillance in Europe. Privacy is still an important social value and should be protected, although participants say that it can be overridden in particular limited circumstances, such as air travel. Individual security needs and national security language are imperfectly aligned.

PRISMS researchers at Vrije Universiteit, Brussels have suggested that the way that the fear of crime is often measured in surveys causes the very assumption that people desire more security, which is challenged by new and more accurate measures. When people express a fear of crime or when they worry about particular security incidents, this does not automatically imply support for particular security practices nor does it imply that people feel they have to give up their fundamental rights and liberties to counter those worries.

Rather what seems to matter most is the extent to which people trust security providers. The opposition to mass surveillance by intelligence agencies suggests a lack of trust in these institutions on the part of some European publics. The forthcoming findings from the survey should support further exploration of these issues and proposals for policy. 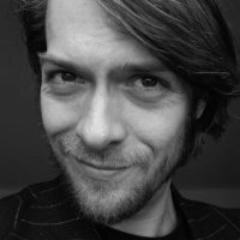 David Barnard-Wills is a Senior Research Analyst at Trilateral Research & Consulting, where he works on issues of surveillance, privacy, and security technologies, including on the PRISMS project. He has a PhD in the politics of surveillance from the University of Nottingham and an MA in Political Science. He has previously worked as a Research Fellow at Cranfield University, the University of Birmingham and the Parliamentary Office of Science and Technology.