You are here: Home / All posts / Turning gadgets into productivity

The Industrial Revolution brought about great economic success in the north of the United Kingdom that translated into a social, cultural and urban transformation. However, the Digital Revolution of today has not had the same impact on the UK, and particularly, the north. In this blog, Professor Bart van Ark explores how and why productivity growth in the UK is amongst the lowest in the OECD and why it has dramatically decreased over the last decade.  By diffusing and absorbing digital technologies, strengthening within-region connectivity, and making use of consistent policies, Dr van Ark argues that the UK can begin to level up the left behind regions.

Manchester and the surrounding areas were at the heart of the Industrial Revolution in the late 18th and early 19th century. But the city, and northern England as a whole, is not at the centre of today’s digital revolution. Can the north regain a prominent role in the Fourth Industrial Revolution?

A major slowdown in productivity growth

Take a walk through the Manchester Science and Industry Museum and you’ll see fine examples of the steam engines and textile looms that were at the heart of the first Industrial Revolution. In T.S. Ashton’s, The Industrial Revolution, 1760-1830 the schoolboy said that “a wave of gadgets swept over England”. But while the impressive machines dramatically raised the efficiency of workers, which is one way to define productivity, it took a lot more than machines to increase wealth and raise people’s living standards. Indeed, as the 19th century unfolded, the north of England underwent a massive economic, social and cultural transformation which literally changed the landscape from a rural, agrarian society into an urban, industrial society. It changed how people worked, were educated, lived together, and became physically and socially more mobile.

The same cannot be said of today’s Fourth Industrial Revolution. While we are inundated with new digital devices and technologies to collect, process and distribute digitized information at amazing speeds, has the fourth revolution made us all better off? In 1987, Nobel Prize winning economist, Robert Solow once quipped: “You can see the computer age everywhere but in the productivity statistics.” This can also be said of latest digital technologies, including artificial intelligence and robotics, which haven’t seen the widespread economic benefits one might have hoped for.

Indeed, productivity growth has seen one of the largest slowdowns ever measured over the past 15 years. Growth in output per hour in OECD countries halved from almost 2% per year on average between 1995 and 2007 to just 1% between 2008 and 2019. There is no single explanation for this historic slowdown. The drag from the global financial crisis has been manifest through low demand and weak investment, too low interest rates causing misallocations an overreliance on cheap labour, and failing fiscal policies. There has been a weakening of globalization as measured by trade and FDI. The low-hanging fruit from innovations from previous technology waves may have been largely picked, whereas we don’t yet have productive answers to the new challenges facing us, such as climate change or aging populations. A weakening in productivity gains in the aftermath of technological revolutions has been experienced before, but the current figures show an unprecedented slowdown compared to previous eras. While measurement of digital outputs and inputs may be imperfect and causing some underestimation of the true productivity growth rate, there is broad consensus among researchers that this won’t explain the slowdown in full.

In the UK, the productivity record has been among the worst in the OECD. Output per hour worked grew at a snail pace of 0.5% per year on average from 2008–2019 compared to 1.8% from 1995–2007. One of the main reasons for the exceptionally poor productivity record of the UK is a decadeslong underinvestment in the key drivers of productivity growth. For example, the UK is in the bottom third of OECD countries for the share of output going to fixed capital formation, R&D spending, and hard and soft infrastructure investment.

There is also much variation in productivity within the UK, across devolved nations, regions, and city areas, which is large by international standards. While UK productivity growth was a meagre 0.5% per year nation-wide, it increased at only half of that in the north-east, it stalled in the north-west, and declined in Yorkshire and the Humber over the past decade. The strong productivity performance of the London metropolitan area plays an important role in understanding the regional inequalities, but there are also concerns about the unusual weak productivity record of second tier cities, including Manchester but also Birmingham, Sheffield and Leeds relative to comparable cities in other countries. For example, the level of output per hour in both Greater Manchester and Birmingham was not only just 68% of that in London, but also almost a quarter or more below peer cities in Western Europe.

Long-term scarring from the north-west’s industrial decline is undoubtedly one explanation why the region has been trapped for so long in a low-investment, lowskill, low-productivity equilibrium. When the region’s economy slowly recovered during the 1990s it was built on weak fundamentals. De-industrialisation had caused an exodus of young and skilled people, a closure of financial and commercial firms, high unemployment, ill-health and deprivation. This has been further compounded by the UK’s centralised and functionally fragmented decision-making structures which do not recognise local circumstances and stifle regional and local initiatives.

So where do we go from here? Recently, The Productivity Institute’s North West Productivity Forum identified several policy priorities in strengthening productivity. One area of focus is to advance digital transformation by leveraging digital technologies and the data they produce to connect organisations, people, physical assets and processes, to create a technologically diverse, sustainable and productive economy. The diffusion and absorption of digital technologies is equally important as the actual creation of it. For example, The Made Smarter programme helps manufacturing firms in the north-west with new digital tools and technologies by emphasising management competencies, supporting technology diffusion through supply chains, building stronger digital innovation ecosystems, and strengthening current and future skills. It will be important to take the lessons from this pilot, as well as from other city-based initiatives supporting firms to adopt new technologies such as LCR4.0 in the Liverpool City Region. Stronger within-region connectivity to strengthen agglomeration effects and improved coordination and collaboration on policies at all levels of government to build effective digital innovation ecosystems across the region are also critical ingredients to digital transformation.

Walking out of the Manchester Science & Industry Museum, which houses all the gadgets of the past, you’ll see the reality of today’s challenges and opportunities which the city, like so many places in the north, is facing. The old train station from the world’s first railway that linked Manchester and Liverpool is today renovated and houses the museum itself. The surrounding buildings are a mix of old warehouses, renovated and repurposed, alongside new developments aiming to launch Manchester into the digital age. It shows that vibrancy can be won back but that it is a subtle play of building on a place’s strengths, revitalizing old structures and institutions, and making some bets in creating opportunities for the future.

The government’s Levelling Up White Paper breathes a clear understanding of the many pieces of the puzzle that need to fit together. It even labels digital connectivity to drive pay, employment and productivity across the nation as the first of its twelve missions. The parallel with the “Medici model” of Renaissance Florence combining the traits of science, entrepreneurship and resources is interesting, and the long-term focus of the white paper on 2030 is good. But the scale and complexity of the challenge needs a roadmap with clear targets and intermediate steps and mechanisms to deal with conflicting goals, which is still largely absent. Indeed with the gadgets at our disposal, we need consistent policies to connect place, people and product to revive the economies of Manchester and beyond.

This article was originally published in On Productivity, a collection of thought leadership pieces and expert analysis addressing the gaps in economic performance across the UK, published by Policy@Manchester. 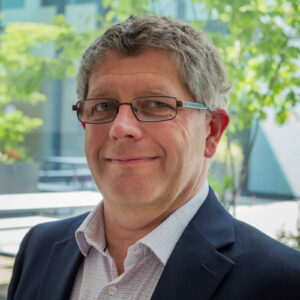 Bart van Ark is Professor of Productivity Studies at the Alliance Manchester Business School, The University of Manchester. He is the Managing Director of The Productivity Institute, a nation-wide research organisation exploring what the UK’s productivity shortfall and the means to improve it.