You are here: Home / All posts / The case for a guaranteed basic income pilot in Greater Manchester

While the COVID-19 pandemic and current cost of living crisis has exacerbated social inequalities and economic insecurity, it has also opened a window of opportunity to explore new forms of policy innovation to build back a fairer and more economically secure society. In this blog and in a new report for the Work and Equalities Institute (WEI), Professor Anthony Rafferty and Alex Macdougall evaluate universal basic income and the case for a Greater Manchester (GM) pilot of guaranteed basic income as pledged by Mayor Andy Burnham.

Universal basic income (UBI) is an umbrella term for an unconditional, non-withdrawable payment to every citizen. In practice, basic income schemes often put some form of restriction on universality (for example, a high-income threshold cut off) and hence can be considered as a ‘guaranteed basic income’.

Within the context of COVID-19 a guaranteed basic income has been considered as both a temporary emergency payment or recovery stimulus measure, or as a more permanent welfare reform goal. International interest in evaluating the potential of UBI has grown in response to concerns about the adequacy of social security and welfare programmes, the rise of in-work poverty, the proliferation of insecure and poorly paid ‘gig economy’ jobs, and the perceived threat to future employment posed by automation and digitalisation.

Non-universal welfare systems can pose several problems that COVID-19 has brought into focus:

Arguments against basic income have focused on how it could affect the nature of work itself, the behaviour of employers and how it may exacerbate issues of low paid and precarious work. However, these objections remain general and need to engage with policy specifics. The actual effects of a basic income policy will likely be shaped by its design features and the broader regulatory context of employment practices. For example, minimum wage policies could support basic income to prevent a race to the bottom. At the same time, the relative merits and disadvantages of such a system in the UK context compared to other models of welfare requires fuller evaluation.

The case for a Greater Manchester micro pilot

There are numerous reasons why Greater Manchester would be particularly suited to host a guaranteed income study. Even prior to COVID-19, the ‘cycling’ in and out of poverty and high levels of in-work poverty were a longstanding experience for many low-income households in GM. The pandemic has also highlighted the specific challenges of Greater Manchester’s economy which are exacerbated by the cost of living crisis. A high proportion of GM neighbourhoods (23%) are among the most deprived 10% of neighbourhoods in England, and 60% of working age households in poverty contain somebody who is in paid work. A recent report highlighted that mortality rates from COVID-19 were 25% higher in Greater Manchester than for England as a whole, in part attributable to socioeconomic inequalities.

Within this context, the Mayor of Greater Manchester, Andy Burnham, pledged to conduct some form of evaluation pilot of an income guarantee. A micro pilot evaluation in GM could help explore the benefits and limitations of a basic income system whilst stimulating public debate on the issue and on the adequacy of current welfare. Such a policy may also be relevant to the ‘levelling up’ agenda, or at least does not further exacerbate inequalities between regions and localities, by putting money into the real economy through people’s pockets locally. The relative merits or pitfalls of direct cash payments compared to other stimulus measures such as quantitative easing more broadly require greater evaluation in terms of whether they spatially or socio-economically foster more inclusive growth, rather than predominantly benefiting more affluent people or areas, and regarding how inflationary effects are differentially felt.

Although a local pilot project may not provide a full evaluation in terms of understanding broader macro-economic effects, knowledge of how basic income affects issues such as consumption patterns, debts and savings could still provide important insights into the likely economic effects of a guaranteed basic income.

Design criteria and evaluation of a basic income scheme in GM

Our report examines the feasibility of a ‘micro’ pilot in the UK, particularly options for structuring such a payment system and the evaluating of its scope in Greater Manchester. Basic income proposals vary in their design across dimensions such as eligibility criteria, recipient unit, conditionality, generosity, and frequency of payment. Proposals also differ in terms of how they interact with the current benefit and tax system. Despite a lack of agreement in terms of what such a payment system should look like and how generous it should be, there is general consensus that a UK guaranteed basic income should be a cash transfer paid monthly to individuals rather than households.

We propose the following recommendations for a micro pilot study in GM:

A micro trial of basic income could help policymakers explore a variety of topics such as the potential impact on inequality, poverty and work, but also the intersections between financial and personal health and wellbeing, effects on household budgeting and expenditure, time usage, the division of paid and unpaid work within households and gender equality. Policy evaluation beyond a pilot nonetheless needs to consider how a guaranteed income policy would sit in a broader welfare system and the regulatory context. Although existing international studies may provide some insights, it is for this reason that a domestic based study is required to understand more about how such a policy would function within the UK ‘s social, economic and regulatory context. 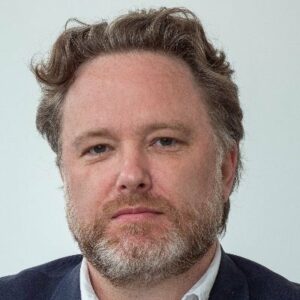 Anthony Rafferty is a Professor in Employment Studies at Alliance Manchester Business School and Managing Director of the Work and Equalities Institute (WEI). He is also a member of The Productivity Institute (TPI) at The University of Manchester. 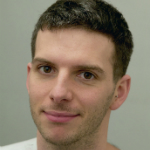 Alex Macdougall is a freelance researcher, carrying out work on Universal Basic Income with The University of Manchester's Work and Equalities Institute, as well as a research and copy-editing role on a Nuffield Foundation funded project on post-16 education.