You are here: Home / All posts / Online safety: Child abuse and exploitation in eXtended Reality

In 2020 a team led by Professor Emma Barrett and Professor Steve Pettifer was commissioned by GCHQ to examine how child exploitation and abuse may evolve in light of the latest emerging technology trend: the widespread adoption of immersive ‘eXtended Reality’ (XR) technologies, including Augmented Reality and Virtual Reality. Their report synthesises research on online child sexual exploitation and abuse in the context of XR. In this blog, Professors Barrett and Pettifer explain how offenders use technology and how they might use XR to create new, and further existing routes, to access, exploit and abuse children. They make several recommendations for policymakers and industry leaders to prevent harms from XR technologies affecting children, before it is too late.

What are XR technologies?

Although XR technologies and content have been around for several decades, the late 2010s saw a rapid increase in interest and use. This accelerated in the early 2020s when Meta (formerly Facebook) declared that they were investing heavily in the ‘metaverse’, a term that encompasses technologies and applications (including XR) that allow users to live, work and socialise in a digital universe. Meta’s announcement prompted a wave of media and consumer interest, and efforts by other companies to follow suit.

Examples of XR technologies include:

Experiences available through XR are becoming more accessible and less expensive, making equipment, games, and applications affordable for more consumers. VR applications include interactive experiences, such as exploring virtual social worlds, engaging in single- and multi-player gaming, and fitness activities. Other applications let users explore an environment, watch film and video in a virtual cinema, and attend live and recorded performances. Many applications rely on other characters being depicted in the environment interacting with the user. In multi-player games or social VR applications these characters include ‘avatars’ embodying fellow human participants, but may also include synthetic, computer-controlled characters.

What are the risks to children?

We can think of the potential risks to children as:

Recently, public attention has been drawn to some of these risks to children in VR. For instance, journalists ‘undercover’ in VR social spaces reported that children under 10 were approached by adults, exposed to pornographic and violent content, and to abusive and explicit comments.

Reducing risks is challenging as very few applications have been designed with child safety in mind. Platform providers like Meta VR and Sony VR state that young children should not use their headsets – as if this resolves the need to ensure that applications are safe for children. There is currently nothing to stop children using headsets registered to other family members or friends, and limited ability for parents and guardians to monitor or restrict their children’s VR experiences. Although Meta announced in March 2022 that it would introduce some parental controls, including the ability to restrict access to some apps on headsets registered to over-13s, these controls are relatively modest and children could still use someone else’s headset to access inappropriate apps. At present, it is not difficult for curious children to seek out adult experiences, including sexually-oriented content and social spaces, and for adults to use VR social spaces as a new venue for child grooming. However, age assurance in VR spaces may be possible: for instance, sensors in a VR headset can be used to detect if it is being used by someone much shorter than the registered user, which could be a useful to protect children.

Attempts at moderation also cause issues. Users can block and report other users, but that can be time-consuming and difficult, and dangerous behaviour is not always immediately obvious (grooming for example). Once a user has reported someone, they rarely get feedback on what action has been taken. Plus, if a child is using someone else’s headset they may not want to draw attention to themselves by contacting the platform. Proving that abusive or dangerous behaviour has occurred can also be problematic if users do not record all of their interactions. Live VR interactions may leave very little in the way of a meaningful digital footprint. Another approach is for social spaces to be ‘policed’ by moderators. For example, it is common in some spaces in AltSpaceVR to prevent trolls disrupting meetings. But anecdotal accounts suggest that even when moderators are present in spaces where children are at risk, little action is taken.

Another area of concern is computer-generated sexualised images of children in XR. Simulated abuse against child avatars has been present in online virtual worlds such as Second Life for many years, so it is unsurprising to see adult users adopt or create child-like avatars to be used in simulated sexual activity in AR and VR. Although real children may not be harmed directly, these virtual depictions can normalise the idea of sexual abuse of children. It is unclear whether current legislation banning possessing of indecent images of children would cover computer generated images of child avatars, even if the images are not of real children (Coroners and Justice Act 2009). If images or avatars like these are found to be illegal, this raises questions about how simulated sexual activity between XR avatars, which takes place in real time and may not result in a recording or other meaningful digital footprint, will be evidenced for a prosecution. Both these points should be addressed in the upcoming Online Safety Bill.

What can be done?

Consumer adoption of XR technologies will continue to grow, driven by improvements in mobile augmented reality and internet capability, development of better hardware, reduced costs, and the availability of immersive content. Industry commentators predict that use of XR tools will be commonplace in a few years – but issues of child safety need addressing now. It is critical that the harms we’ve identified are addressed so that they can be stopped.

Recommendations that policymakers and industry should action include:

You can read the full report here and Jo, Counter Child Sexual Abuse (CCSA) Mission Lead at GCHQ said the following about the report:

“GCHQ works with law enforcement, government and the third sector to significantly reduce harm to children and create a safer environment online by countering the volume and scope of offending. It’s important we’re prepared for future threats and this paper starts to map out how offenders might seek to abuse children in eXtended Reality (XR). This research helps to better understand the threat and take action early to ensure child safety is considered throughout the design and development of these emerging technologies.”

Emma Barrett is Professor of Psychology, Security and Trust at The University of Manchester. She is also Director of SPRITE+, the EPSRC NetworkPlus for digital Security, Privacy, Identity and Trust, and her research interests include new technologies and crime. 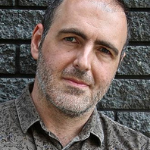 Steve Pettifer is a Professor of Computer Science at The University of Manchester and his research interests are centred on the design of advanced interfaces for computer systems, in particular: scientific visualisation, scholarly publishing, and virtual reality.