You are here: Home / All posts / Indoor and outdoor wood burning needs a new way of thinking

Biomass combustion, a significant contributor to fine particulate matter (PM 2.5), has increased in urban areas due to the growing popularity of wood-burning stoves and biomass boilers. In this blog, Dr. Amanda Lea-Langton, Senior Lecturer in Bioenergy Engineering at The University of Manchester and member of the Tyndall Centre for Climate Change, outlines policy recommendations to reduce emissions from biomass burning in urban spaces.

Poor air quality, often from combustion is associated with a wide range of adverse health impacts including cardiopulmonary illnesses and cancer. In urban areas, the main pollutants are in the form of nitrogen oxides (NOx) largely due to vehicle exhausts. There is increasing concern regarding emission of fine particulate matter in the form of sub-2.5-micron particles (PM2.5). These particulates are known to penetrate the lungs and the smallest can cross the cell barrier into the human bloodstream. Older diesel vehicles were historically the main source of urban PM2.5 but biomass burning is emerging as a significant source.

The World Health Organisation has clear guidelines on what the legal limits should be for various air pollutants, including PM2.5, but the UK government currently does not follow these recommendations since it follows the EU PM2.5 compliance metrics which are currently bound in law. This has limits on PM2.5 four times higher than the WHO suggested maximum limit.

It is becoming increasingly clear that health impacts of PM2.5 are being identified at concentrations less than the EU limit values and hence there needs to be a move to lowering the UK limits to those set at the lower WHO recommended levels.

Biomass burning in urban areas has become an increasingly significant source of PM2.5 emissions, due to rising popularity of biomass boilers, wood-burning stoves, barbecues and bonfires. The contribution of wood-burning stoves to air pollution in urban spaces has been explored but is not well understood. There is a lack of accurate data reflecting real world use of these stoves. The tests that have been conducted also examined older appliances under controlled conditions that do not reflect how households currently use their appliances. While modern wood-burning stoves are more clean-burning than open fires or older technology stoves, more research is ongoing to uncover their true impact.

Similarly, to the clean-up of diesel emissions, there is an ongoing effort to reduce emissions from wood-burning stoves. Newer designs incorporate technologies including particulate traps and catalysts to clean up the flue gases. New Eco-design legislation will come into effect 1st January 2022, which will regulate both the efficiency and significantly restrict emissions of wood-burning stoves in use in the UK. It will also become illegal to manufacture and sell non-compliant stoves from this date. Many UK manufactures and suppliers have invested heavily in meeting or exceeding these air quality standards and ClearSkies mark provides a certification of appliances that meet or exceed Eco-design emissions and energy performance criteria.

However, this new legislation will not impact existing stoves in households already installed around the country. A retrofitting scheme could allow older less efficient and more polluting stoves to be replaced with newer, safer designs, which can usually be installed into existing fireplace and flues.

What we burn, and how we burn it, matters

How we use our woodburners and what we burn in them can make a big difference to the pollutants that are released into the air. User behaviour and fuel quality can have substantial impact on the emissions from wood-burning stoves. Ongoing work at The University of Manchester has shown that emissions vary considerably according to fuel loading and the inlet air setting. The certification testing for stoves in the current regulatory framework is set on a fixed duration and a fixed mass of fuel; this does not accurately reflect real world conditions. In typical household use, stoves are ignited from a ‘cold start’, reloaded repeatedly, and left smouldering overnight – all of which affect the rate of emissions.

The moisture level of the wood will also affect the amount of PM2.5 emitted. High moisture woods are associated with higher volatile species particulate matter emissions. Because of this, Defra implemented the ‘Ready to Burn’ Scheme as recognised in The Air Quality Regulations 2020. Firewood and briquettes purchased with its logo are dry enough to burn immediately at less than 20% moisture. Work at The University of Manchester suggests optimum moisture levels are actually between 10% and 18% as kiln-dried wood has also been seen to have higher PM emission rates in some stove types.

User behaviour can also impact the indoor air quality associated with stove use. On reloading the stove, the user should open the door a fraction, allowing the air pressure to stabilise before fully opening the door. If operated correctly, the natural draft of air from the room will carry any combustion emissions through the stove and up the flue. However, in real world applications, many users pull the door open too rapidly. This pulls a portion of the smoke and particulate emissions into the room, hence increasing indoor air PM2.5 levels. Stoves that are operated sub-optimally can be a source of indoor pollution. Users are more at risk from direct exposure to chimenea and fire pit emissions (without flues) compared to a properly maintained enclosed woodstove with a flue above the building height.

It is worth also noting that other significant sources of poor indoor air quality include cleaning products, candles, incense burning and cooking meat – and all of these can cause worse indoor air quality than the correct use of a wood-burning stove. One route to promoting improvements to how people operate their woodburners could be from the stove installers themselves, ensuring that appropriate training is given and that the risks of using poor quality fuel are properly shared.

Wood-burning stoves have become more popular in households for a variety of reasons, from purely aesthetic, to a desire to have ‘off-grid’ heat options as a non-fossil fuel alternative. However in some cases, especially in densely populated urban populations, the emissions have caused noticeable local impact. A place-based approach to wood-burning stove regulation could be explored – to improve air quality in densely populated areas and avoid emissions siting in valleys where air movement can be stagnant depending on atmospheric conditions. Schemes could be introduced to encourage users within specific geographical regions, to retrofit cleaner-burning ecodesign compliant units in place of open fires or older design stoves.

While indoor stoves are seeing improvements stemming from regulations and technological advancements, it’s likely that exposure to particulate emissions from outdoor biomass burning will become a more significant issue. As we spend more time outdoors to facilitate the ‘new normal’ of living with COVID-19, personal exposure to emissions from barbecues, fire pits and chimineas are of increasing concern. Unlike the relatively controlled combustion in a stove, these outdoor fires are largely inefficient and highly polluting. These emissions are formed directly next to the user and others, rather than removed via a flue, and so the personal exposure is much higher.

There is no safe level when it comes to the amount of pollutants in our air, especially in our homes, but there are many ways to make the quality of the air around us cleaner. The WHO recommendations are the minimum that we should be striving toward in the UK, and there is much that could be done to improve people’s awareness of the risks that air pollution represents. This isn’t a problem that can be fixed through one simple solution, and it will need industry, local and national government to work closely with academia to ensure the best available evidence is being used to inform policy decisions. 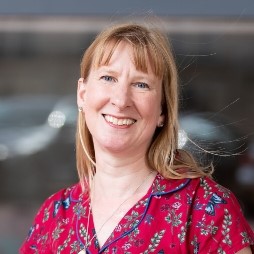 Dr Amanda Lea-Langton is a Senior Lecturer in Bioenergy Engineering at The University of Manchester and member of the Tyndall Centre for Climate Change.