You are here: Home / All posts / The Sex Buyer Law: what can policymakers learn from Northern Ireland?

In 2015, Northern Ireland criminalised the purchasing, but not the selling, of sex. A proposal that has become increasingly popular with policymakers across Europe in recent decades. The adoption of this law is a policy of the Scottish National Party and it is currently up for debate in the British Parliament. This new law was a departure from the regulatory approach in the rest of the UK, where the buying and selling of sexual services was, and remains, legal. In this blog, Dr Peter Backus provides compelling evidence as to the causal impact of the Sex Buyer Law in Northern Ireland. Dr Backus outlines the effect of the law on the market for sexual services, on sexually transmitted infections (STIs) and on sexual violence, and suggests what policymakers need to weigh up when considering changing the law.

Proponents of the law have argued that sex work is inherently exploitative and is incompatible with gender equal societies. Some advocates for the law have claimed it makes sex workers safer. However, opponents of the law suggest that it actually makes sex workers less safe and further marginalises people who may be in economically precarious situations as is. But evidence as to the causal effects of the Sex Buyer Law has been hard to come by.

The market for sexual services

We use data taken from sexual services websites. These websites are online marketplaces for sexual services and are readily accessible by anyone with an internet connection. There, sex workers advertise their services via online profiles. There is also a system of reviews whereby clients review the transaction with a sex worker and sex workers can in turn review the clients. These data give us a chance to measure activity in the market.

We find a similar pattern for the change in the price of transactions which fell, temporarily, by about 8%. We also find evidence of a decrease in the size of the sex market, and a 20% decrease in the number of police-recorded instances of exploiting-controlling a prostitute, i.e. ‘pimping’, following the introduction of the Sex Buyer Law. Taken together, these results indicate that the Sex Buyer Law did affect the market for sexual services via a reduction in demand, though only temporarily. The reason the market recovered might be to do with the difficulty of enforcing the law. As clients learn that the probability they will be caught and prosecuted is very low, they return to the market.

Results for men are much weaker in part because we cannot fully disaggregate infections rates among homosexual and heterosexual men. There is some evidence that these effects are also temporary, as the infection rates stabilise or start increasing by 2017. This result is also consistent with a smaller sex market.

While empirical studies on sex market regulation are rather rare, several of them have looked at the effects of changing regulations on sexual violence. There is an emerging consensus in the existing evidence: more restrictive regulations lead to an increase in sexual violence against women. We also find evidence of such an effect.

Our results indicate that the Sex Buyer Law led to between a 10% to 22% increase in sexual assaults committed against women in Northern Ireland. We do not find compelling evidence of such an effect on rapes. Again, unfortunately we are unable to see whether this affects sex workers or non-sex workers.

Should the UK adopt the Sex Buyer Law?

As with any new regulation, policymakers face trade-offs, and they are particularly serious in this case. Our results suggest that the Sex Buyer Law does indeed achieve its objective of reducing the size of the sex market, albeit only temporarily. However, the determination of whether this in itself is desirable is a normative question and largely a function of the degree to which one views sex work as legitimate work in our society. Fewer sexual service transactions results in fewer STIs. All else being equal, less disease seems like an uncontroversially desirable outcome. However, the resulting rise in sexual assaults is deeply concerning and is something that policymakers need to understand when considering more restrictive sex work regulation.

The sex market is a difficult “problem” to “solve” because there is disagreement about the nature, or even existence, of the problem that requires solving. This is evidenced by the multitude of approaches that different countries take towards regulating the sex market. Given our results, the question policymakers face is, in the starkest terms, whether a reduction in the size of the sex market and a decrease in STIs is worth an increase in sexual assaults committed against women.

In our view it is not, and if the objective is the reduction of the size of the market for sexual services or in STIs, alternative approaches ought to be considered instead of the Sex Buyer Law. In 2003, New Zealand decriminalized sex work and several related activities like running a brothel, effectively making sex work like any other job. The existing evidence on this approach suggests a safer environment for sex workers and no increase in the size of the sex market. Such an approach warrants consideration in any debate over the introduction of the Sex Buyer Law in the UK. 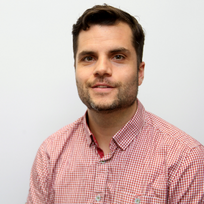 Peter Backus is a Senior Lecturer in Economics at the University of Manchester. His research has included work on charitable giving, gender and competition and sex work.