You are here: Home / All posts / Dark figure of crime: do police-recorded crime statistics serve all areas of Greater Manchester equally?

Unrecorded crime is one of the greatest challenges facing policing today. Ineffective police-recording of crimes can break trust between the Police and public, and lead to failing crime prevention strategies. After facing criticism about crime-data management, Greater Manchester Police (GMP) recently implemented measures aimed at improving its crime-recording system. In this blog, Yongyu Zeng, Angelo Moretti and David Buil-Gil make the case that, whilst welcomed, improvements to crime-reporting systems and processes may still be inaccurate for evidence-based policing in Greater Manchester.

Unrecorded crimes – where and unknown to whom?

Police-recorded crime is the number of notifiable crimes reported to and recorded by police forces. These data are used by the police to analyse crime patterns as well as design and evaluate policing strategies. Nevertheless, there is inherent inaccuracy in police-recorded crime data, which is not only dependent on police recording practices but also on victims’ reporting rates. Victims may never discover a crime, or they may be aware of the crime but choose not to report it to police for various reasons. Some crimes do not even have a clear victim, such as drug offences or carrying weapons. Whether victims choose to report a crime to the police is related to their personal circumstances, including their sex, age, ethnicity, education level and employment status. Besides from these individual factors, the area in which one lives in may also affect the likelihood of reporting to the police. Research has shown that, generally, deprived neighbourhoods and areas concentrating a large proportion of immigrants have lower crime reporting rates than middle-class areas.

In fact, the lowest willingness of crime reporting is found among victims who previously committed crimes and live in disadvantaged areas with high crime rates. Closely associated with this is the marked underreporting rate in areas where the citizens’ confidence in policing is low, and where police poorly exercise stop and search practices. In those situations where the crime is indeed reported to police, the incidents could still drop out from the police recording system, and the frequency that this happens vary across police forces. GMP has been under enhanced monitoring as one of the forces who often “fail victims of crime”, and several inspections have found gaps in the processes followed to record reported crimes and issues with its crime recording system. While the reform strategy outlined by Chief Constable Watson may solve some of the inaccuracy issues related to ‘reporting’, it is unlikely to fix the inconsistencies in crime ‘reporting’ by victims and witnesses. The bottom line here is that even if all crimes reported to the police are recorded under the new leadership, it is unknown how likely a crime is to be reported to the police in each area.

To pinpoint exactly how inaccuracy affects our understanding of crime patterns in geographic areas, recent research funded by the Manchester Statistical Society showed that maps of police-recorded crime produced at the level of small geographic areas are likely to be affected by unequal crime reporting rates in places. This research, based on a computer-based simulation and the Crime Survey for England and Wales data, assessed the impact of crime data bias on the accuracy of maps of crime obtained from police records. Crime mapping is a geographical analysis technique used to identify crime ‘hot spots’ to inform patrol allocation and crime prevention strategies. Often, the police seek to identify crime hot spots at small geographical areas, such as street segments and dwelling, as it is argued that small area provide a more accurate understanding of crime patterns – ‘smaller is better’. In this experiment, researchers simulated a synthetic dataset of crimes known and unknown to GMP, and found that geographic analyses produced from police records at larger spatial scales, such as neighbourhoods, may show a more valid representation of the geographic distribution of crime than analysis produced for small areas. Findings contradict the ‘smaller is better’ argument. In other words, due to unequal crime reporting rates across places, the inaccuracy of police-recorded crimes is magnified when the data is used to inform crime incidents at small area level.

While it is encouraging to see that the GMP has sought to implement actions to improve crime-recording practices, it is critical to recognise that, even if all reported incidents are logged into police systems, police-recorded crime data is still affected by factors related to victims’ ‘reporting’. The bias caused by the varying levels of reporting in places will be magnified in maps of crime produced at small spatial scales. As a consequence, the police may end up targeting police strategies in places where crime may not be necessarily larger, but where residents are more willing to report offences. On the contrary, the police may fail to identify crime problems in places where crime reporting is lower. Police forces are therefore recommended to take steps to carefully evaluate how their data is influenced by factors other than crime victimisation. If we are to use police-recorded crime data to inform crime occurrence, it is critical to develop statistical techniques to mitigate the inherent bias driven by both ‘recording’ and ‘reporting’ inconsistencies. Police forces, including GMP, should also invest in improving the confidence in the police and the willingness to cooperate with police services especially in those places where underreporting is higher. 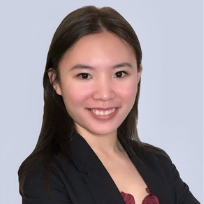 Angelo Moretti is a Lecturer in the Department of Computing and Mathematics at Manchester Metropolitan University. His research interests are in topics related to survey statistics, survey methodology and statistical modelling. In particular, his main expertise is in small area estimation under mixed-effect models. 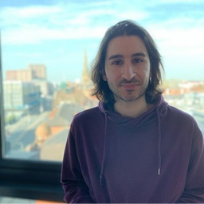 David Buil-Gil is a Lecturer in Quantitative Criminology at the University of Manchester, and Academic Lead for Digital Technologies and Crime at the Manchester Centre for Digital Trust and Society. His research interest cover crime data modelling and cybercrime.