You are here: Home / All posts / Accelerated automation and digital advances in the world of food retail

Supermarket shopping of old has, perhaps, changed forever. For most food retailers, trading online has long lacked appeal due to the low margins which it offers, making it less profitable than operating from brick-and-mortar stores.  However, the coronavirus pandemic triggered an unforeseen shift as many consumers moved to buying food online (growing 25.5% in 2020 compared to the 8.5% previously anticipated). This prompted retailers to expand their dotcom offering almost overnight to both meet demand and stay competitive during a time when customers were restricted in their ability to do their shopping in-store. Alongside expanding their in-house logistics services, five of the big-name supermarkets started to use external delivery services provided by Amazon, Deliveroo and Uber Eats.

A surge in supermarket employment

To meet the excess demand, all of the major retailers took on additional workers. Some were hired permanently in areas which were expanding for the first time, while others were hired temporarily as retailers tackled the uncertainties presented by the national lockdown. Online recruitment mobilised vast numbers of potential workers, many of whom had been furloughed or made redundant from their previous jobs. Highly precarious contracts were offered in large numbers, meaning employees could be more easily let go when demand eased. Some were hired temporarily to minimise the effects of panic buying on stock, yet the majority of new jobs were in warehousing and logistics (including picking, packing and driving) to service the move to online shopping.

The gendering of retail work

Retail work has historically been gendered in terms of the roles which men and women carry out. For example, the move online and growing use of self-checkouts in-store have in part helped facilitate a reduction in the need for checkout staff. These jobs have long been disproportionately filled by women who needed the ‘flexibility’ to manage work alongside caring responsibilities. In contrast, there has already been an expansion of new roles in warehousing, logistics and fulfilment which have traditionally been filled by men and demand hours less likely to suit the needs of the household.

Although there have been some improvements in the occupational segmentation of retail roles in recent years, changing demands mean the future of work in food retail is likely to be somewhat gendered if current patterns persist. To avoid exacerbating these gender inequalities, measures are needed to ensure women are equipped to enter into logistics and distribution; for example, employee-led flexible working arrangements and parental leave would allow for an easier transition into these roles.

While online shopping was stimulated during the crisis, the method for fulfilling these orders remained heavily reliant on labour instead of technology. Although some retailers have begun to expand into semi-automated warehouses to fulfil orders, most of the picking and packing is carried out on the shop floor or in centralised distribution centres by members of staff. Predicting a sustained move online, food retailers have made their plans to open new regional dotcom distribution centres across the country public. If these jobs are to be accessible to all, additional considerations will have to be made.

Research has shown that women are more likely to rely on public transport to get to work and thus tend to take jobs which are closer to home/schools. However, the location of distribution centres tends to be in harder-to-reach areas, making these jobs less accessible to women. Therefore, provisions would have to be made to improve transportation routes to these areas (both in terms of accessibility and safety). Secondly, the ‘pick rates’ which dictate dotcom work can often be challenging for disabled and older workers to sustain. Reasonable adjustments will be required where necessary to accommodate for these groups. Finally, moving from a customer service to a logistics-oriented role might not be preferable for all workers. Accounting for this, further measures may have to be put in place for workers choosing to leave the sector, such as extending the reskilling bootcamps already provided.

Within the sector, Ocado is the only major exception to the human labour approach. As a leader in warehouse technology, Ocado already has a portfolio of hi-tech fulfilment centre which uses propriety-design ‘bots’ to pick and pack orders. This is likely to be a desirable model to pursue in the longer term for those retailers with the capital to do so. However, for those who do not, they may approach the Ocado-model with some caution. Ocado had to temporarily suspend new orders as they were unable to expand capacity in the same way as other retailers, yet others were able to expand capacity by taking on a large hyper-flexible pool of workers to pick up the work which technology could not. If this approach to organising labour is deemed more convenient to retailers post-crisis, it could detrimentally impact the quality of work available in the sector in the future.

Attempts to outsource labour are becoming more common throughout the sector. In a recent case, it was brought to light that outsourced drivers at Sainsbury’s were being paid up to £12,000 less than direct hires. However, prompted by the demands of the crisis, many more have opted to outsource delivery to third-party platforms to avoid the costs associated with developing their in-house infrastructures. Partnership agreements with platforms such as Deliveroo, Uber Eats and Amazon have allowed food retailers to make use of the low-cost delivery services offered by these providers, which rely on a network of bogus self-employed couriers to fulfil deliveries the same-day.

The longevity of this approach beyond the crisis remains unknown, yet it is a concerning development for the future of employment relations in that growing segment of the sector. The quality of work available within the sector could deteriorate as mentioned, but the quantity of work available could also decline if some choose to adopt an approach, similar to Ocado, which relies on longer-term investments in ‘big-ticket’ automating technologies. However, there is little evidence of yet that either approach is likely to dominate regardless of what certain predictions suggest. Therefore, policymakers should ensure that the jobs which remain do not reinforce the existing inequalities which are endemic to service work and have been further exacerbated by the current crisis. 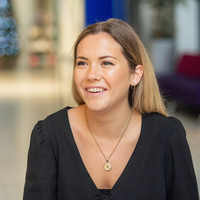