You are here: Home / All posts / Building a sustainable wildlife trade sector to avoid future pandemics

Since early reports linked the emergence of COVID-19 to the wild meat trade, the pandemic has thrown the wildlife trade into the global spotlight for its role in spreading zoonotic disease pathogens. This has motivated calls to ban wildlife trade, among other proposals to strengthen regulation and control over the trade in wildlife and their parts. Charis Enns, Ekaterina Gladkova, Brock Bersaglio, and Francis Masse of Wildlife Trade Futures report on the need to look beyond wildlife trade bans and towards changing how we interact with nature to minimise the likelihood of future zoonotic pandemics.

Zoonotic diseases are diseases transmitted from wild and domestic animals to humans. 60% of infectious diseases affecting humans are zoonotic in origin, including malaria, HIV, and various types of influenza. Over the last decade, there have been numerous zoonotic disease outbreaks, including Ebola, Zika, Severe Acute Respiratory Syndrome (SARS), and Middle East Respiratory Syndrome (MERS). However, the unprecedented health and economic impact and rapid global spread of COVID-19 has drawn far more attention to zoonoses prevention than previous zoonotic disease outbreaks.

Early reports linked the emergence of COVID-19 to a market in China where wild animals and meat were sold, the wildlife trade has been front-and-centre in discussions on controlling COVID-19 and preventing future zoonotic spillover events. Proposals have ranged from extreme, total bans of wildlife trade, to the moderate, managing wildlife trade carefully. For example, by better regulating sanitation and hygiene at wildlife trade markets, to focusing on restricting trade in high-risk species and more diligence about illegal, unsustainable forms of trade.

These calls have been met by policy action. In February 2020, the Chinese government imposed a ban on trade and consumption of wild meat. The Vietnamese government and the Government of Thailand took similar steps, banning wildlife imports, closing wildlife markets and enacting greater enforcement against illegal wildlife trade. The United Kingdom is also discussing wildlife trade bans in response to COVID-19. In 2020, an Early Day Motion was submitted for debate in the House of Commons to ban the international commercial trade in wild animals and wild animal products, and to play a leadership role in the end of the global wildlife trade.

Why wildlife trade bans are not the answer

The focus on banning wildlife trade to solve future pandemics is worrying, as the ineffectiveness and negative consequences of wildlife trade bans are well documented in existing research. During the Ebola outbreak in 2013 and 2016, bans placed on wild meat trade not only proved to be ineffective in halting disease transmission, but also pushed trade underground making it even more difficult to monitor and regulate, and thus potentially more risky. Similar impacts were seen during other Ebola outbreaks in Guinea and Nigeria as well.

Finally, as a key driver of hunting in both developing and developed countries is food preference and food security, new bans on wild meat consumption could increase in domestic livestock consumption. Large-scale deforestation and habitat destruction associated with commercial scale livestock farming and agriculture is a primary risk factor in zoonotic disease spillover. If the intension of banning wildlife trade is to reduce pandemic risks, any measures that could increase industrial livestock production are counterintuitive. 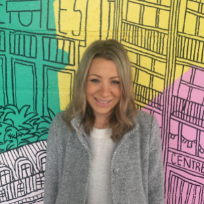 Charis Enns is a Presidential Fellow in Socio-Environmental Systems at the Global Development Institute at the University of Manchester. She is currently working on a project titled ‘Identifying and mitigating the impacts of COVID-19 on legal and sustainable wildlife trade in Low- and Middle-Income Countries (LMICs)’.