You are here: Home / All posts / Inequalities in ageing: health disadvantages amongst ethnic minority groups

The COVID-19 pandemic has had a disproportionate impact on most ethnic minority groups in England. But this inequality is a crisis within a crisis – the pandemic has laid bare and exacerbated existing deep-rooted health inequalities. Here, Dr Ruth Watkinson and Dr Alex Turner, from the Health Organisation, Policy and Economics group (HOPE) and the Institute for Health Policy and Organisation, discuss their recent study looking at ethnic health inequalities amongst older adults and outline the policy changes that are necessary to “build back fairer” following the COVID-19 pandemic.

Both the direct and indirect consequences of the COVID-19 pandemic have hit those from poorer areas and ethnic minority groups hardest. These devastating impacts have come on top of long-standing health inequalities, which had already been exacerbated by years of austerity. In February 2020, a damning report into health inequalities in England found that the previous trend of steady increases in life expectancy was already faltering, and that life expectancy in the poorest communities was actually falling for the first time.

More shocking still, we simply do not know whether or how life expectancy trends have differed between ethnic groups over the same period. There are no estimates available because ethnicity data is not recorded across many administrative systems and there is poor representation of ethnic minority groups in national datasets. This negligence is a form of institutional racism, and allows health inequalities by ethnicity to largely go unmonitored and therefore unchecked.

What does our study show?

Our recent study used the national GP patient survey to describe ethnic heath inequalities amongst older adults (aged 55 plus), an age group that is becoming increasingly ethnically diverse. As populations are ageing and more people are living for many years with multiple chronic health conditions, supporting healthy ageing has become an important focus of healthcare and health research. Health inequalities amongst older adults are a particular concern, as the effects of repeated disadvantage accumulate over the course of life, thereby widening inequalities.

Drawing on responses from over 150,000 older adults who self-identified as belonging to ethnic minority groups (as well as over 1.2 million who identified as White British), we found wide inequalities in health-related quality of life, a measure of day-to-day physical and mental health. There were particularly striking disadvantages for some groups; the average health of 60 year olds belonging to Gypsy or Irish Traveller, Bangladeshi, Pakistani, and Arab groups was similar to that of an average 80 year old.

Importantly, we found wide variation in outcomes between different ethnic minority groups, including those that are often combined in statistical analysis. For example, considering Asian ethnic groups, health-related quality of life was substantially worse amongst Bangladeshi and Pakistani older adults than amongst those of Indian, Chinese, or other Asian ethnicities. This highlights the importance of collecting detailed ethnicity data and including sample sizes that allow analysis of each group individually rather than using broader and potentially unhelpful groupings such as ‘Asian’ or ‘BAME’, which can mask inequalities.

Finally, consistent with many other reports and evidence of pervasive structural racism across British society, we found that older adults from almost all ethnic minority groups were much more likely to live in socially deprived neighbourhoods; further contributing to inequalities in health.

Over recent years, there have been many reports into discrimination and ethnic inequalities across settings from education and workplaces to the criminal justice system and public health. Each report makes recommendations but few have been meaningfully implemented. The recent Lawrence Report focused on the impacts of the pandemic on ethnic minority groups. It concluded that a wide-ranging national strategy to reduce health inequalities is urgently needed, and must be developed collaboratively with representatives from ethnic minority communities. The government needs to respond with clearly specified and ambitious targets, which must be backed up by legislation, ministerial accountability, and funding.

Progress and accountability will rely on better data, so this must also be a priority. Routine monitoring of ethnic inequalities in health and its determinants as part of performance measurement of local health systems should become commonplace, as has occurred for deprivation-related inequalities. Without this, the success of enacted policies will be difficult to judge.

Equity should be central to quality assessments of all health and wider local services. Where services are not working fairly, it will be important to understand why. Investment and community co-design will be needed to remove access barriers and ensure services are culturally and linguistically competent. As discussed in the recent BMJ special issue on racism in medicine, investment is also needed to improve medical education and increase unconscious bias and anti-racism training for medical staff.

While neither these problems nor solutions are new, there may be a real moment of opportunity to respond to the powerful activism of the Black Lives Matter movement, and to “build back fairer” in the wake of the pandemic. 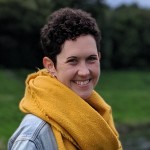 Dr Ruth Watkinson is a research associate in the Health Organisation, Policy and Economics (HOPE) group at the University of Manchester. Her research focuses on health inequalities, in particular looking at inequalities between ethnic groups and socioeconomic groups. 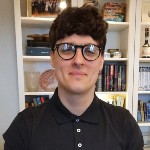 Dr Alex Turner is a Presidential Research Fellow in Health Economics in the Health Organisation, Policy and Economics (HOPE) group at the University of Manchester. His research focuses on health inequalities, and the development and application of methods to evaluate large-scale changes in the organisation of hospital and child services.