You are here: Home / All posts / Recognising the role of key workers now and in the future employment landscape

Throughout the COVID-19 pandemic, the country has become more aware and appreciative of the workers now called ‘key workers’. However, organisational change and deregulation over recent years has led to high levels of job degradation in key work sectors. In this blog, Gail Hebson and Miguel Martínez Lucio introduce and present research from a range of colleagues and projects in the Work and Equalities Institute to discuss ways a greater appreciation of these key workers can be converted into jobs that are safe, well remunerated and attractive as careers.

During the COVID-19 pandemic there has been a growing recognition that workers in sectors such as health services and care homes have played a vital role in sustaining the core services needed to protect and support the elderly and the infirm. In addition, a range of workers in retail – especially supermarkets, logistics and delivery, and gig-economy jobs – have played a vital role in ensuring the distribution and circulation of food and goods more generally. Moreover, cleaners in many sectors have come to be viewed as a vital component to any public response to a health crisis. These sectors can be considered part of the foundational economy.

Alongside clapping for carers, there was a general raising of awareness of how vital a wider range of jobs, which had been undervalued both politically and socially, were to sustaining the country during a context of crisis and social disruption. This was underlined by the deaths of key workers, whether health workers or bus drivers.

Engaging with key workers through research

For some time, the Work and Equalities Institute (WEI) at The University of Manchester has been carrying out research with key workers through a range of projects based on the care sector and cleaning services, as well as supermarkets and transport and logistics, that have come to the fore during the current pandemic. Much of this research has questioned where this work has been positioned within the common categories of ‘skilled’ and ‘unskilled’ work – a binary that is not always clear in its definition. It has also highlighted how organisational change and deregulation in such sectors has led to a high level of job degradation.

We have seen through such projects how employers use the practices of outsourcing, self-employment and the marginalisation of collective worker voice as a means of pushing down labour costs and creating a more flexible yet fragmented economy. In some cases, such workers have been employed from a vulnerable social and employment background – further undermining the chances of creating a more dignified and decent framework of employment as employers isolate and fragment the workforce.

Recognising key workers and their roles in the economy and society

A concern has begun to emerge that the shift in public awareness may remain symbolic and be usurped by a range of other political interventions. There is a need to sustain, and build on, the momentum of interest in valuing a broad range of work that has until now been taken for granted. WEI researchers submitted evidence to the Business, Energy and Industrial Strategy Select Committee inquiry in 2019 on Automation and the Future of Work, recommending how jobs in undervalued sectors, can be upgraded in both material and organisational terms to bring matters of dignity, rewards and fairness to the fore.

First, the levels of pay for such workers – in the context of a substantial deterioration in recent years – needs to be addressed so the nature of these jobs and their essential role in the functioning of society is recognised and becomes a reason that they are attractive to job seekers. There is a growing concern that such key positions – in both formally skilled and unskilled areas – have seen a general deterioration in working conditions that affect both the material conditions of the relevant workforce and the workers’ motivation. It also generates significant recruitment and retention issues, as sectors such as care homes are seen to consistently be poorly paid but highly work-intensive employment and record a high level of vacancies.

Second, some key workers appear to have been increasingly deskilled and downgraded although the more proactive aspects of their work have ironically increased, as with cleaners in key sectors. The changes in the care sector, for example, have created limited developmental opportunities and restricted time for training. There now does not seem to be a stable and effective path to career development as the sense of professionalisation the sector once had is steadily eroding. To that extent, many other key worker jobs – especially those not requiring a formal skill set – have been steadily fragmented and undermined through greater work intensification and ever greater recourse to subcontracting and employment agencies. In the context of care work, WEI research has found that the role of local authorities is increasingly important to regulate standards among outsourced care workers.

Third, we have seen short-term or zero hours contracts and the abuse of the ‘self-employment’ status by employers for their workers, limited sick pay arrangements and poor absence management. Delivery workers employed in the context of the gig-economy have been exposed to increased health and safety risk during the pandemic, with many excluded from mainstream employment rights protections due to bogus self-employment contract status .This has led to workers feeling that they need to keep working even when unwell, meaning that many clients may also be put at risk, especially during the pandemic.. This issue of increased exposure to health and safety risks in the context of the pandemic is particularly pronounced in sectors such as transport and logistics. Many of the key workers in this sector constitute an ageing workforce who already face a number of health issues which may be exacerbated in the context of the pandemic.

Fourth, many workers in sectors such as private transport, delivery and warehousing that have been important to the national response to the pandemic have nevertheless been deprived of a voice and a right to express their views on how their work should be managed and what their working conditions should be. Blatant attempts in such sectors to avoid trade union recognition and roles has demonstrated a need for rights to representation and worker voice to be developed and extended to those working in both the gig and the care economy. In addition, this voice and the body of rights has been weakened by the undermining of the inspectorate and enforcement agencies.

If we are to build both a decent framework of employment for key workers and a more sustainable response to the challenges that natural disasters or pandemics bring, then we need to complement the symbolic concern for the status and wellbeing of such workers with a range of policies and instruments. These polices must ensure that these jobs are made safe, better remunerated and offer space for personal and professional development, and become more attractive as careers. They, along with all areas of employment, need to be socially supported by the state. Despite efforts made under the pandemic to extend some protection to the self-employed, many low-paid employees and bogus self-employed workers are still likely to have fallen through the safety net. Finally, such jobs should be the focus for open dialogue that allows such workers the right to raise a range of questions with regard to employment and the delivery of their services. 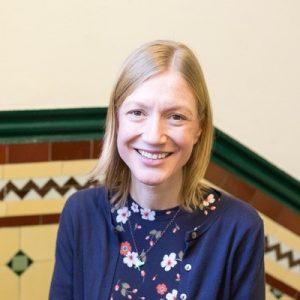 Gail Hebson is Honorary member of the Work and Equalities Institute. She researches employee experiences of low paid work, job quality and equality and diversity practices in organisations. 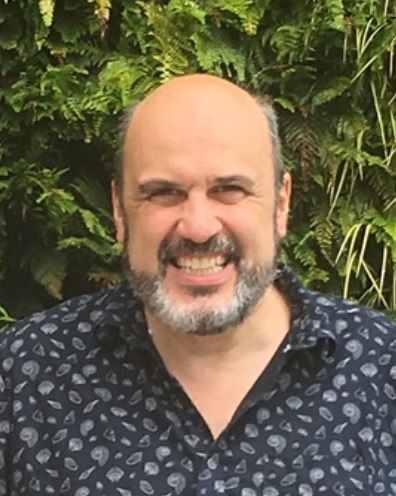