You are here: Home / All posts / The retrofitting challenge in Manchester

During January-March 2020, Mateusz Ziembla, together with Dr Elvira Uyarra and Professor Jonatan Pinkse, undertook a study for the Greater Manchester Combined Authority (GMCA), funded by Research England, aimed at analysing the challenges associated with improving the energy efficiency of existing housing stock in order to articulate recommendations for policy action.

The Greater Manchester (GM) 5 Year Environment Plan, published in March 2019, set up a vision for Manchester to be a clean, carbon neutral, climate resilient city-region, with a thriving natural environment and circular, zero-waste economy. It also set a goal to be carbon neutral by 2038 (a decade earlier than the national target). However, research produced by the Tyndall Centre of Climate Change Research concluded that GM will not reach zero carbon by 2038 without significant investment in innovation. Addressing this ‘innovation gap’ will require a transformation or ‘transition’ of entire socio-technical systems, including changes in consumption and production systems across the top emitting sectors, particularly domestic energy use..

Domestic energy consumption is one of the top emitting sectors in the region, with 4 MtCO2 emitted to the atmosphere annually. In addition to the environmental issues, the poor quality of the local housing stock contributes to an array of social and economic issues. For instance, an estimated 13% of GM residents live in fuel poverty, which is associated with higher risk of mental and respiratory health issues. Energy vulnerability has a gender dimension as well, and disproportionately affects women, who comprise 58% of low-paid workforce in GM, and are more likely to be single parents and single occupiers amongst the elderly segment – all recognised as fuel poverty risk factors

It has been estimated that achieving significant emissions reductions for domestic energy consumption without improving the national housing stock’s energy efficiency will cost the UK between £80bn to £120bn a year.  Such investments can translate into £250-£800 rise in the consumers’ annual energy bills, and push even more people into fuel poverty. As a result, energy efficiency is seen as the key to cost-effective decarbonisation of the domestic energy consumption.

Energy efficiency: the nature of the innovation gap

Improving the energy efficiency of local housing stock is seen as the key to reducing the local carbon emissions by 96%. The value of energy efficiency improvements as a vehicle for job creation has been recognised by the national government, which culminated in the announcement of ‘Green Homes Grant’ scheme worth £2bn as part of the post-Covid recovery strategy.

Even with the estimated 650,000 UK homes being able to achieve improved energy performance, this funding can be seen as a drop in the ocean. It has been estimated that GM is required to retrofit around 60,000 residential buildings per year over the next 5 years to achieve the 2038 carbon neutrality ambition. The UK Government defines a retrofit as a process of installing energy efficiency measures (eg technologies and solutions) that reduce the existing building’s energy demand. As it stands, this seemingly easy process of introducing new technologies into existing buildings is quite complex.

First, it is important to note that in context of retrofits, the innovation gap is not technological, as relevant technologies already exist and are embedded in systemic retrofit solutions. For instance, existing whole-house retrofit standards (eg EnerPhit and Energiesprong) combine on-site renewable energy generation with advanced measures that target the building’s thermal leakiness (such as external wall insulation). These measures translate into reduced energy demand and emissions reductions that are subject to long-term performance guarantees. However, these standards are not widely adopted across the UK, where policy has favoured the deployment of cost-effective measures, often implemented in isolation.

Consequently, the UK construction sector is considered to lack the necessary skills for the delivery of deep retrofits to the desired quality. Unlike projects that focus on single measures (eg cavity wall or loft insulation), comprehensive retrofits focus on deploying multiple solutions. As the interaction between these elements can have unintended consequences, such projects require appropriate assessment, coordination and design. Poor practices can result in reduced comfort for the occupiers as well as subpar emissions reductions. Hence, it can be argued that the innovation gap is associated with the lack of relevant knowledge on the supply side. However, addressing the skills gap in isolation is not enough to address the innovation gap. This is because such intervention does not address multiple identified structural and transformative imperfections within the wider system of innovation.

The lack of capacity for the delivery of comprehensive retrofits can be seen as a capabilities failure. The available capabilities have developed along the trajectories set by the national energy efficiency policy for residential buildings, delivered under the Energy Company Obligation (ECO). Furthermore, the limited funding of £5000 for able-to-pay and £10000 for low-income households is insufficient to support more comprehensive, standards-driven retrofits. Both policies appear to favour cost-effective measures deployed in isolation – consequently, it does not support the build-up of capabilities for whole-house retrofits that include multiple measures.

In addition to deployment capabilities, the sector is also lacking capabilities to develop and integrate new knowledge effectively. Both are associated with the lack of access to relevant infrastructure for knowledge creation and transfer. While the former can be associated with the lack of collaboration between the supply side actors and the research institutions (a possible network failure), the latter is associated with the lack of provision of educational services. As the UK Government is likely to unveil more details of the ‘Green Homes Grant’ scheme, its long-term success will depend on whether it facilitates the uptake of PAS2035 retrofit qualifications. This, however, may require allocation of additional funding to develop relevant infrastructure that will enable upskilling at scale.

At the moment, the policy sends mixed messages out to the market.  On one hand, it emphasizes building up the skills for whole-house retrofits, on the other hand, public spending continues to favour single measures over systemic approaches. This policy coordination failure means that the demand is not well articulated as the uncertainty continues to exist on the supply side. This in turn amplifies the lock-in of the system of innovation, which continues to operate alongside the established technological trajectories and fails to deliver relevant radical innovations.

To address the innovation gap and underlying structural and transformative system failures, we put forward several policy recommendations. First, as the build-up of necessary capabilities is associated with the system shifting its direction, creation of a large market for deep retrofits is recommended. It is anticipated that by reducing uncertainty and articulating demand, the supply side will be incentivised to invest time and financial resources in knowledge development and transfer activities. While the ‘Green Homes Grant’ could kick-start the diffusion of best practices and the build-up of relevant skills, it is a short-term policy that is likely to fail at creating a self-sustaining market for deep retrofits.

The infrastructural and network failures must also be addressed to create conditions for innovation. GM is home to world-class research institutions with access to an impressive R&D infrastructure that remains under-utilised in the context of addressing the local sustainability challenges. Hence, our second recommendation is for the GMCA to establish an innovation intermediary function that would facilitate collaboration between the construction and education sectors. Furthermore, to ensure that knowledge is transferred effectively, the issues of provision of relevant education services must be addressed through the introduction of new organisational structures.

Finally, there are also institutional failures, many of which require changes in the national legislation and broader policy culture. For instance, public spending is not aligned with the wider residential buildings’ energy efficiency policy goals, resulting in £15bn funding gap. In addition, the regulatory frameworks do not support business model innovation that is seen as essential for the wider diffusion of whole-house retrofits. For more detail, the full list of recommendations and the extensive analysis of the problem can be found in the Tackling the Local Retrofit Challenge with World-Class Solutions report.

Matt Ziembla is a Student Analyst at the Greater Manchester Combined Authority, working on the implementation of the region’s environmental strategy. Matt is also a researcher at The University of Manchester, exploring issues around sustainability transitions governance, energy policy and transformative innovation policy. 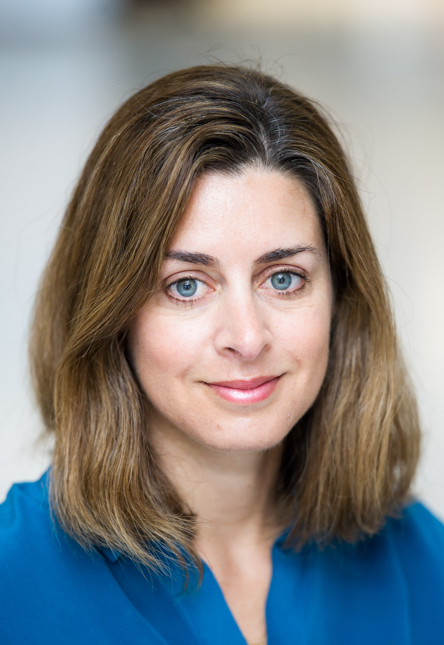 Jonatan Pinkse is a Professor of strategy, innovation, and entrepreneurship at and Executive Director of the Manchester Institute of Innovation Research (MIoIR), Alliance Manchester Business School, The University of Manchester. His research interests focus on corporate sustainability, business model innovation, social entrepreneurship, cross-sector partnerships, and the sharing economy.