You are here: Home / All posts / Domestic Abuse Bill 2019-2021: Does the inclusion of ‘relatives’ go far enough in addressing the issue of adolescent to parent violence?

The Domestic Abuse Bill 2019-2021 will receive its third reading today. Once this long awaited Bill passes through Parliament, assuming it receives Royal Assent, it will ultimately mean that for the first time in England and Wales, there will be a criminal offence of domestic abuse. In this blog, Caroline Miles and Rachel Condry examine how well the Bill addresses adolescent to parent violence.

In line with the existing cross-government definition of domestic abuse, the definition of domestic abuse within the Bill is deliberately broad, encompassing a range of violent and abusive behaviours, and covers any individuals who are ‘personally connected’ to each other and each aged over 16. Combined with the explicit inclusion of ‘relatives’ under Section 2(1)(g); this means that the Domestic Abuse Bill 2019-2021 covers violence and abuse from children (aged 16 and over) towards their parents, referred to herein as adolescent to parent violence (APV).

In recent years, APV has increasingly been recognised as a potentially serious form of domestic abuse and as a gendered form of violence, most often involving sons being violent towards their mothers. A body of academic literature documents the nature and impact of the abuse, the characteristics of families experiencing APV, the pathways leading to children abusing their parents and critically discussing policy frameworks and criminal justice responses. In our previous work on APV, we have highlighted the complexity of this phenomenon and called for a holistic response which addresses the needs of parents at the same time as recognising the potential vulnerability and safeguarding needs of young people who are violent towards their parents.

In policy terms, APV has predominantly been understood and responded to as a form of domestic abuse. A Home Office information guide provides advice for various agencies on responding to APV, and the issue has been recognised in the government’s strategy to end violence against women and girls. However, it remains a largely hidden problem and there is no systematic collection of APV data at the national level. In 2019, national media reports (based on Freedom of Information requests to individual police forces) claimed that APV incidents reported to the police have doubled between 2015 and 2018, and analysis of police data for one force (by one of the authors) supports these reports, also highlighting that APV continues beyond adolescence. During the 2020 COVID-19 lockdown, Victims’ Commissioner Dame Vera Baird has highlighted the increase in reports of families experiencing APV.

The inclusion of APV within the Domestic Abuse Bill offers the potential for this form of violence to gain enhanced recognition, and for a coherent response strategy to be developed. However, the inclusion is currently implicit and the Bill stops short of identifying violence from children (aged 16 and over) towards parents as a specific subtype of domestic abuse. The omission risks APV remaining an invisible phenomenon that is not readily identified, recorded or counted, and also misses an opportunity to develop a national policy response.

Despite its broad remit, the Domestic Abuse Bill 2019-2021 is centred upon domestic abuse in intimate relationships, which accounts for the largest proportion of domestic abuse. This is reflected in Part 3 of the Bill, which documents police powers for dealing with domestic abuse: Domestic Abuse Protection Notices (DAPNs) (s.19) and applying to court for a Domestic Abuse Protection Order (DAPO) (s.25). Although these provide a range of response options for abuse perpetrated by adults and are sensitive to the complexity of domestic abuse in (ex-)intimate partner relationships, neither DAPNs nor DAPOs can be given to individuals under the age of 18. In one sense, this is a positive thing, as there are longstanding concerns about criminalising children who are violent towards their parents – many of whom are vulnerable themselves. However, the lack of provisions for responding to abuse perpetrated by those under 18 is a significant gap in the proposed legislation. Essentially, the Bill creates an offence covering 16-18 year old perpetrators but no guidance as to what police powers should be used to deal with domestic violence and abuse by children, especially when perpetrated towards parents.

Recognising the needs of parents and children

As we have argued previously, there needs to be a coherent and strategic police response to APV, which addresses the needs of parents (most of whom do not want to criminalise their child, but need help in crisis situations and long-term support) but also recognises the safeguarding needs of adolescents. Many young people who are violent towards their parents have complex histories with difficult childhood experiences (including direct or indirect parental domestic abuse), additional learning needs, mental health problems, or issues with drugs/alcohol. Many, although not all, have complex family histories and require holistic intervention, in order to address the causes of their violence and develop healthy child-parent relationships (as opposed to the damage caused through criminalisation).

Part 4 of the Domestic Abuse Bill, providing a statutory duty on local authorities (LAs) to establish Domestic Abuse Local Partnership Boards and provide adequate support for victims, presents an excellent opportunity to develop a non-criminal justice response to APV which has been consistently argued for in academic literature. The Bill could go further in explicitly requiring LAs to provide support for families experiencing APV. By specifically highlighting APV, the Bill could pave the way for tailored, community-based support for parents whose children are abusive towards them, and for the abusive children, who are often vulnerable and have significant safeguarding needs. 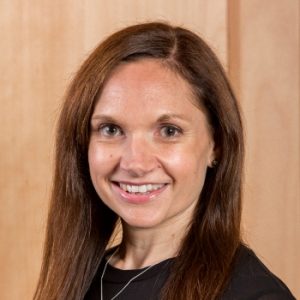 Caroline Miles is a Senior Lecturer in Criminology at The University of Manchester, with research expertise in adolescent to parent violence, police responses to various forms of domestic abuse, and the contexts and trends of homicide. 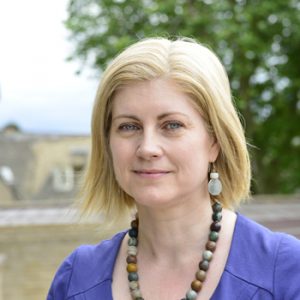 Rachel Condry is Professor of Criminology at the University of Oxford and a Fellow of St Hilda’s College, editor of the book series Routledge Studies in Crime, Justice and the Family, and co-editor of the Howard Journal of Crime and Justice.