You are here: Home / All posts / In their own words: Women and austerity in Greater Manchester

In the eight years between 2010 and 2018, local authorities in England saw a reduction in Government funding of just less than 50%, with Manchester the tenth most affected council in the country. In this blog, Anna Sanders looks at how austerity policies have affected women in the Greater Manchester region, with a focus on transport and childcare, and explains the need for more in-depth data to inform future policy decisions.

Between 2010/11 and 2017/18, local authorities in England saw a 49% reduction in government funding. According to the Local Government Association, by 2020, councils will have lost 60p for every £1 provided by the government for public services since 2010. Though spending reductions in council budgets have been widespread, they have not been evenly dispersed. In terms of spending power per person, Manchester has been hit the tenth hardest of any council in England.

Reductions in public spending exacerbate gender inequalities. Largely due to lower average incomes and disproportionate caring responsibilities, women are more likely than men to rely on the public sector – through services and transfer payments. They are also more likely to be employed in the public sector, comprising two-thirds of the public sector workforce. Since 2010, it is estimated that women have shouldered 86% of austerity measures.

Between May and December 2017, I conducted six focus groups with women voters across Greater Manchester in order to hear the issues that mattered to them at election time. The focus groups varied in age and location, and were designed to hear from a range of women from different backgrounds.

A key issue that emerged across these groups was women’s concerns relating to reductions in services and local infrastructure upon which they rely. Among these concerns was a lack of access to local, affordable childcare:

“My local Sure Start centre was closed…I relied on it to get the baby weighed, meet the health visitor, the nine month check-up, the two-year check-up, breastfeeding clinics…Even though [my area] has got a lot of people on higher incomes, we still need centres to take the kids to. I have to travel a lot further now.”

“With the expense of it all, it’s whether it’s working for a lot of people, especially if you’ve got multiple children. It’s such a challenge.”

Childcare is equally a men’s issue, but as it stands, women disproportionately undertake the majority of caring responsibilities. More often than not, women are primary carers and secondary earners in the household. As a result, they are often left to ‘fill in the gaps’ when provision is withdrawn. A shortage of accessible childcare facilities creates barriers to women wishing to enter or return to the labour market. This may be of concern particularly in Greater Manchester, where female employment rates are lower than the UK average (68.3% and 70.3%, respectively). Some women mentioned the difficulties they faced in returning to work:

“My husband and I were looking to put our son into nursery for three or four full days a week. If you took away the 15 free hours on top of that, it would still cost several hundred per month – that doesn’t include food, and you still have to provide nappies. I could just stay at home and be a full-time mum and, sure, that’s difficult for me, but it’s the only option.”

As well as childcare, women raised concerns regarding cuts to local transport. Specifically, those who were dependent on public transport cited cuts to local bus routes:

“I can’t get to Manchester Royal Infirmary on one bus. I have to get a tram and a bus and I can’t do it – it’s an hour.”

“I don’t drive…buses are the easiest way I can get into the city centre. The service I usually use has been axed – it’s limited my access in and out of the city.”

According to the Women’s Budget Group, women are more reliant on local transport (and were three times more likely than men to travel by bus in 2017). Reductions in local transport services have implications for those who might experience issues with mobility, such as the elderly, those with disabilities, and those with young children.

Gaps in data at a regional level

Evidence from these focus groups highlights the impact of public spending reductions in the areas of childcare and transport services, but further data and analysis is needed elsewhere. This should explore, among other things, housing, health, education and domestic violence – all areas that affect the daily lives of women.

There is currently a paucity of government data concerning the gendered effects of austerity. Existing analyses have been primarily produced at the national level. Given the variation in local authorities’ budget reductions, a regional approach to assessing gendered austerity is necessary.

In light of this absence in government data, women’s organisations and gender equality advocates have instead produced their own assessments exploring the impact of austerity on women from a regional perspective. Liverpool John Moores University, for instance, explored public sector cuts on women in Liverpool. Additionally, the Women’s Resource Centre examined the impact of spending reductions on voluntary and community women’s services in London. Elsewhere, Coventry Women’s Voices and Warwick University’s Centre for Human Rights in Practice produced its own local case study on the impact of public sector cuts on women in Coventry. These case studies have consistently highlighted reductions in specialist services for black and minority ethnic (BME) women, and emphasise the need for an intersectional approach in impact assessment.

Without robust local data, it is difficult to assess the full extent to which women have been affected by cuts to local services. Monitoring and assessing the provision of services used by women is integral to ensuring women get access to the support they need. Such assessments should consider how inequalities intersect to leave vulnerable groups of women worse off when service provision is withdrawn. 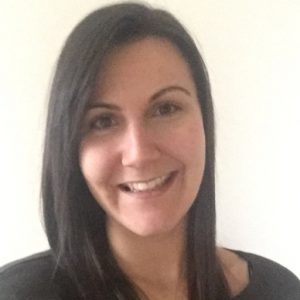 Anna Sanders is a Lecturer in British Politics at the University of York. Anna's research extends the analysis of gendered policies on women’s voting behaviour by investigating the link between policy action and voting intention.