You are here: Home / All posts / Worryingly windy weather or a strong tail-wind?

On the 7 March, the long awaited “Offshore Wind Sector Deal” was launched, laying out the UK Government’s vision for the future of offshore wind power to 2030. So far, responses to the deal have been somewhat mixed: it’s been welcomed by various industry players as a sign of the Government’s commitment, but has faced criticism from those who claim that it doesn’t go far enough, and is even ‘woefully inadequate’. Here, Dr Laurence Stamford looks at whether this deal is a landmark development, mostly PR, and whether it’s even achievable.

It’s well known that the UK’s wind resource is huge, as is our coastline and our access to shallow waters. It’s perhaps not surprising, then, that the UK is currently the world leader in offshore wind deployment with a total of about 8 GW installed capacity, or 1,932 turbines. The industry has also managed to start delivering multi-gigawatt wind farms, with prices falling dramatically in recent years.

The scientific literature is also very clear on the fact that wind power has one of the lowest carbon footprints of any energy source, even taking into account its entire life cycle from raw material extraction to end-of-life. In fact, our research at The University of Manchester looked at a wide range of different environmental and social impacts on a life cycle basis, and found it’s difficult to escape the conclusion that offshore wind is one of the most sensible energy options available to the UK.

The deal introduces a range of commitments from government and industry between now and 2030. One key part is the Government’s commitment to provide up to £557m of continued support via its ‘Contracts-for-Difference’ scheme over a 10 year period. This is the scheme by which project developers bid for ‘strike prices’, essentially a guarantee for the price of the electricity they generate. On top of that, industry has promised to invest up to £250m in the Offshore Wind Growth Partnership over 10 years, with the aim of improving productivity and competitiveness. The deal also contains laudable goals to increase employee diversity in the sector; increase the UK-produced content of new projects to 60%; and increase our offshore wind-related exports five-fold to £2.6bn.

At the core of the deal is the ambition for ‘up to 30 GW’ of offshore wind capacity installed in UK waters by 2030; a sizeable increase over our current 8 GW. Based on the typical average outputs from offshore turbines, 30 GW should contribute 30-40% of our electricity mix by 2030. But wasn’t this already in the works?

There’s currently 2.5 GW of offshore capacity under construction and a further 12 GW granted planning consent. Assuming these all go ahead, we’re on course to reach about 22.5 GW by 2030 anyway. In many ways this realisation is positive: if 22.5GW is already planned, then a bump up to 30 GW should be achievable. But on the other hand, is it enough?

If we add the new deal’s 30 GW of offshore wind to the 18 GW of onshore wind capacity that’s either operational, under construction or consented, then roughly 45-50% of our electricity should be powered by wind by 2030. However, as our own Prof. Kevin Anderson pointed out, limiting climate change to an increase of roughly 2°C requires us to achieve virtually zero-carbon electricity by the mid-2030s. Naturally, that begs the question: where will the remaining 50-55% of our electricity come from? And moreover, if we aim to fulfil the Paris Agreement and limit the increase to 1.5°C, we must be even more aggressive in our roll-out of low-carbon power. Should we be pushing even harder for wind power?

National Grid’s ongoing scenario work includes one pathway designed to be compatible with a ‘2°C’ climate future, in which they suggest 50 GW of wind by 2030 and 65 GW by 2050. Similarly, some of my previous research included two scenarios that are in line with our carbon emission targets, requiring 27-40 GW of wind capacity by 2035, rising to 46-60 GW by 2050.

If all goes according to plan, we’re on track for a maximum of 48 GW (30 GW offshore and 18 GW onshore) by 2030. So the new deal puts us roughly in line with these scenarios. However, all the above scenarios rely on near-term deployment of very large capacities of other technologies too: typically nuclear, solar, interconnectors with Europe, or all three. From the scenarios mentioned above, we might need up to 14 new nuclear reactors by the mid-2030s, or five times our current interconnector capacity, or up to 88 GW of solar power (equivalent to putting solar panels on about 25 million houses). With new nuclear build struggling to make progress, it may be time to push even harder to maximise our world-leading offshore wind resource. Given the recent success of floating offshore wind turbine research and demonstration units, it should soon be possible to access even more of that resource by going further from shore, all while saving material costs and environmental impacts.

In summary then, the new deal is an excellent, positive step. Whether it’s sufficient remains to be seen. 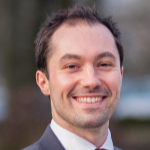